Sensational Cox Blazes Her Way To Gold In Velodrome

Kadeena Cox stormed to a sensational world record to successfully defend her C4-5 500m time trial gold, as ParalympicsGB continued to count the medals at the Izu Velodrome.


Kadeena Cox defended her title from Rio
The 30-year-old stopped the clock in 34.812 seconds to give her a factored time of 34.433 and triumph by more than a second from Canada’s Kate O’Brien, as she registered GB’s ninth track cycling medal in just three days.

Cox is bidding to repeat her double gold from Rio, where she became the first ParalympicsGB athlete to win gold in two sports at the same Games since 1984.

She defends her T38 400m title on the athletics track next Saturday and admits this is the perfect way to start Tokyo 2020.

“It feels amazing,” she said.

“I knew I was going to have to do something special.

I was just listening to my gospel music, just reading messages from my family and focussing on that. I got up and did my own thing - Kadeena Cox
“I knew if I put everything together me and my coach have worked on, it would be amazing and that’s what happened, so I am so happy.

“I was not paying attention to what anyone else was doing, I was just listening to my gospel music and just reading messages from my family and focussing on that. I got up and did my own thing.

“I think today I executed a race that was near-perfect and maybe I will go quicker tomorrow [in the mixed team sprint] with the boys either side of me.”

Cox had also dyed her hair red and blue ahead of the Games, in homage to the Great Britain flag.

“I like to be different so I thought blue and red will match the kit,” she smiled.

“I thought it would make me stand out and be the quirky Kadeena that I am.”

Van Gass, who won gold in the individual pursuit on Thursday, set a new world record in the C3 category by clocking 1:05.569.

He finished 1.69s off the factored time of Chinese C1 cyclist Li Zhangyu, who defended the title he won in Rio with a C1 world record, while Frenchman Alexandre Leaute broke the C2 world record for silver. 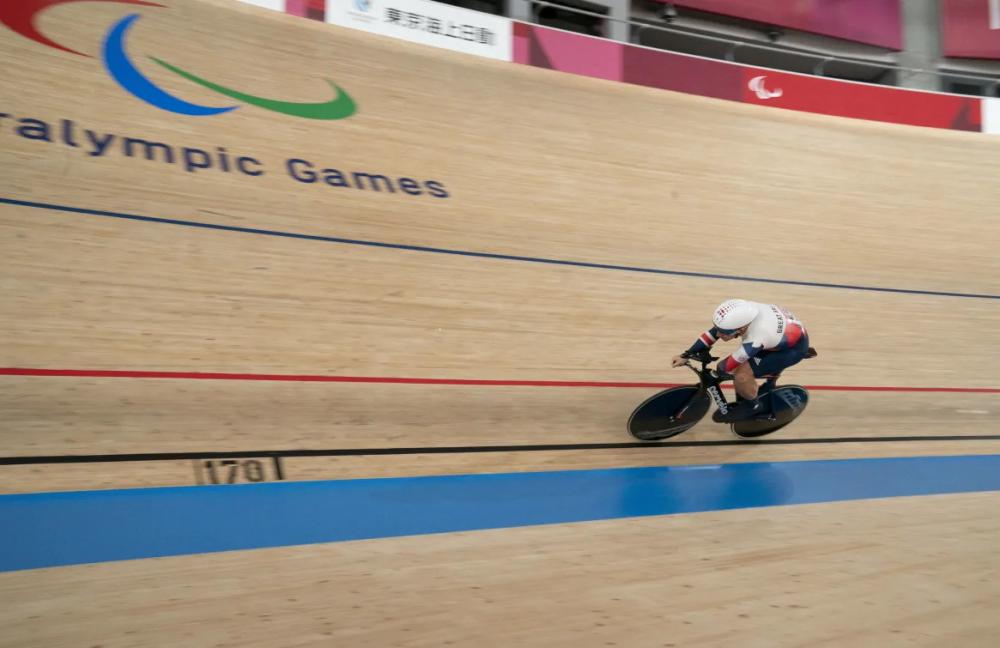 Jaco van Gass made it two medals in as many days
Van Gass said:
“That’s as much as I can give, I promise you that.

“The legs felt a little bit heavy, especially that last lap. Felt like treacle. But I gave it my all. The standard is phenomenal. you can see it in C1, 2 and 3 classes.

“The gameplan for today was always the world record, that was my goal, if it came with a medal like it did then it was a bonus. So I’m very happy.”

It was Van Gass’s second of five events at Tokyo 2020 and his attention will now turn to the mixed team sprint on Friday, where he will race alongside Cox and Jody Cundy.

“Kadeena just rode a fantastic opening lap, sub-20 seconds, so I’ve got to sit behind her tomorrow,” added Van Gass.

“It’s going to be very hard work staying behind her and delivering Jody at a very high speed. It’s all about recovery now, and go again tomorrow.”