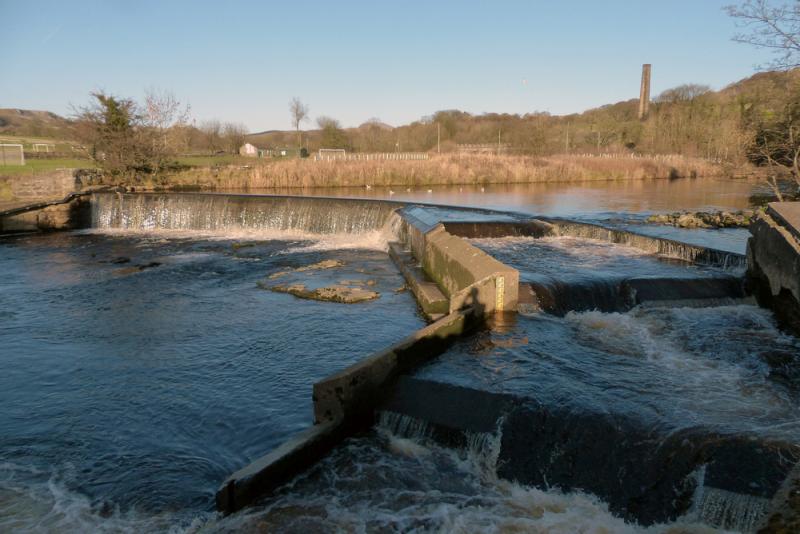 A community project in the Yorkshire Dales that was a pioneering venture of its kind, is embarking on a new funding drive to invite environmentally savvy shareholders from across the globe to be part of this historic scheme.

The Settle hydroelectric scheme (Settle Hydro) was built in 2009 at Bridge End Mill on the picturesque River Ribble. Environmentally clean electricity is generated by water drawn from a weir on the river through a sluice gate, along the mill's original head race and down the Archimedes Screw, a mighty turbine which, in turn, drives a generator. The electricity is fed by a direct line to the old mill building, now converted into residential apartments. Any surplus is fed into the National Grid, providing income for local community organisations and Settle Hydro shareholders at the discretion of the Directors.

The scheme was initiated and still managed by a small team of volunteers. Settle resident, Steve Amphlett, was running an initiative, Going Green, when he was approached by a firm championing hydroelectric power. They had identified the town as the perfect location for siting a renewable water energy resource fed by the surrounding hills.

Their talks spawned a community project which became the inspiration for others across the world. With scarcely any other forerunners in terms of the technology or the legal and administrative set up for the scheme, Steve and his fellow pioneers embarked on a massive learning curve to turn what seemed at the time a relatively simple concept into a complex renewable energy community project ahead of its time.

Support for the scheme came from many quarters, local and national, including Friends of the Earth, the Cooperative Group, MPs and local businesses, but a substantial investment of £450,000 was needed to install the hydro. 211 individual shareholders from the community pitched in a combined £200,000 to become Members, grant funding was obtained with the help of Yorkshire Forward and the balance borrowed from The Charity Bank.

That was the easy bit. The team recalls that at one point each director was working up to 30 hours a week on the hydro on top of their day jobs. They had first to create an Industrial & Provident Society for the Benefit of the Community, essentially a co-operative which could sell shares as an investment and to give a return, whilst retaining the principle objective of benefitting the community above the individual shareholder. A massive £38,000 was required in legal fees to finance the outcome, which parted the waters for future schemes to flow more smoothly.

Extensive liaison with the Environment Agency undoubtedly helped shape their policy and improved their way of working with similar schemes that followed in the wake of the Settle team’s endeavours. At the same time, Settle Hydro was among the first small scale community hydro schemes in the country to be connected to the National Grid.

As renewable energy entrepreneurs, the team - who had never considered themselves to be ‘green warriors’ - unwittingly became the go-to experts for other water power projects across the globe, with hundreds of visitors tapping into their experience. From Australians, Kenyans, Canadians and representatives from Obama’s administration through to Germans working on wave turbines, the unassuming Settle Hydro provided inspiration, expertise and a benchmark for development.

Naturally, the scheme attracted its share of media interest and a string of awards. It’s a fairytale come full circle in heritage terms – the original site was thought to have been a mill for ‘fulling’ woollen cloth in the sixteenth century before becoming the water-mill building featured in a sketch by J M W Turner in 1816. Now, that ‘dark satanic mill’ has had a new lease of life as a home to eighteen residents whilst it continues to use that same rushing Dales watercourse to power a brighter future.

Nine years and several re-developments on, such as an improved control system and a hydraulic drive for the automated sluice gate, the unsuspecting volunteers who first conceived the project are now looking forward to helping the scheme to reach its full potential. With the original bank loan and hefty annual interest remaining as its only barrier to financial success, a new share opportunity is being made available to funders looking for truly green credentials in their investments.

While the target figure to raise is £120, 000, with a minimum outlay of just £250 to become a voting Member, it’s a realistic prospect for almost anyone wanting to be a part of this historic venture with its earth-friendly future. At the corporate level it’s a chance for corporate social responsibility to flow freely, with the option for the Settle Hydro to be renamed in honour of the right significant sponsor.

Ann Harding, who has been at the forefront of the team since its inception, explains “This is not just about green electricity, but something that has genuinely changed the world. The Settle Hydro project has contributed hugely to education and environmental issues, not only in accessing low carbon sustainable energy, but in empowering communities with long term stability as they take responsibility for their own future. We look forward to meeting some interesting new shareholders in this the final stage of our pioneering venture.”