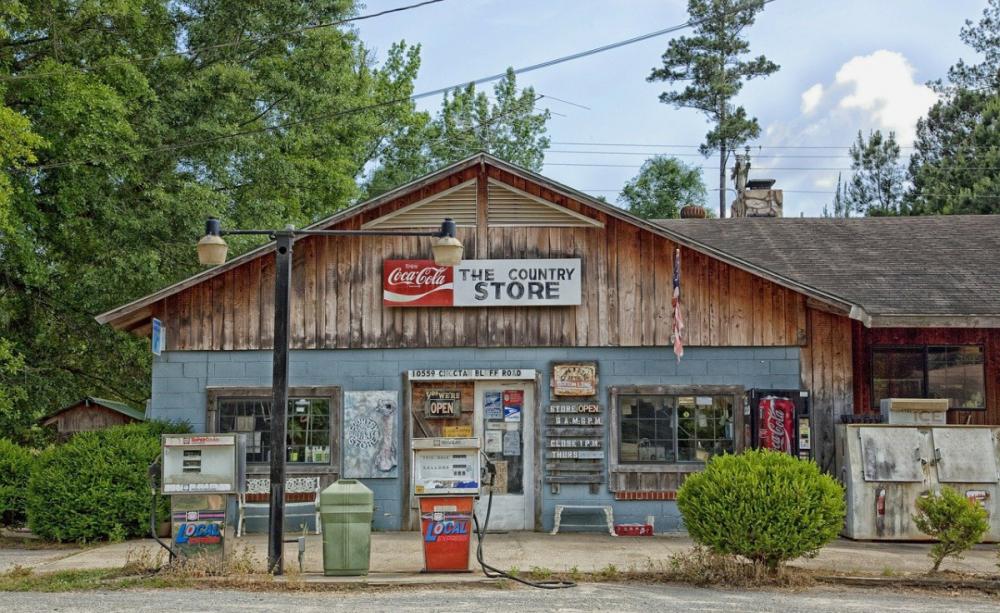 Image by David Mark
Clark poured the gas into the generator, the cigarette dangling lazily from his lips. Some say those who smoke have a longing for death, preferring vice over virtue on account of the interest rate levied. What others took for fearless resolve when confronted by physical peril in the line of duty, Clark knew was something entirely ignoble. He’d been looking to get off the bus since he was old enough to smack his father in the mouth and halt a beating in its tracks. Breaking Pop’s jaw when he was seventeen had made him one of Avery’s survivors and a man to be wary of if his blazing eyes stared into your soul.

Justice tickled his ribs. His badge signified law and order, his gun the means to maintain it. When a man had cut the throat of another and did not come in peacefully, the gun spoke. The perpetrator goes down…forever. The victim stays down…forever. The scales of justice could never be balanced because the victim was no better off. In Avery, retribution trumped justice. He was the law in a lawless town and his gun seldom allowed for an appeal. Every bullet was a metaphorical fist swung at his Pops and Clark knew cathartic vigilantism rendered him no better than those he hunted.

His body used nicotine to stave off insidious craving, satiation just returning him to square one. Bourbon much the same. Putting a round or three into a perp kept him from falling into the abyss, but also kept him tethered to its rim. Like Kurtz, he’d looked into its maw but in his case, he’d lost the ability to scream. If a month went by without the need for ‘justice’, hungry serpents began to writhe in his stomach, their hissing a siren-like call to be fed blood and guts.

Morality was a fine concept in principle, but one entirely incongruous when a community turns to the blade and bullet for meaning. In Avery, the man who shot first was always on the moral high ground. The man who did not was likely to be six feet under it.

Clark switched the lamp on, its weak light meekly confronting the impenetrable shadows beyond its pathetic reach. Clark knew he and the bulb were kindreds, destined to lose the battle with the all-pervasive darkness stalking them. The bravest thing he did every day was switch that lamp on. The easiest was to turn it off and let drunken sleep obliterate his consciousness.

A Sisyphean sun always awaited his blood shot eyes…Even Prometheus had suffered less, for Clark had the illusion of individual agency. In reality he too was chained to a rock called duty and a buzzard stood in for an eagle. The bourbon was taking care of his liver, so the Gods had no beef with him.

He placed his service issue Colt on the nightstand. Its barrel glistened in the yellow pool dimly spotlighting it. Mouth, temple, nape of the neck angled up at forty-five degrees. Slug of fire water and then release. The snakes hissed.

His radio crackled into life – “Its Deputy Dolby, are you reading me, over ?” Clark picked the handset up without taking his pale blue eyes off the gun. “Affirmative Dolby, what’s the problem ?” Minutes later he was behind the wheel of the Chevvy, windows down, savouring the cool breeze and the sound of the tyres grinding the earth into impuissant dust. Time to dance with the devil…Clark wondered what tunes would be on the infernal jukebox tonight. He’d had no chance to listen to any heavenly choir so far, and tonight confirmed that the Devil was still at the band stand. Clark took a swig from the bottle, his contentment ephemeral and as fragile as doomed hope.

He turned on the pick-up’s unreliable radio, the speakers erupting with a familiar tune and turned up the volume. He would not be taking his own Chevvy to the levee tonight.
Also by Paul Spalding-Mulcock...
Interview With Victoria Dowd - Author Of The Smart Woman’s Mystery SeriesTempus Fugit - A Death’s Door Story“Something Fishy About This Case”: A Book Of Murder By Victoria DowdThe Grey Zone - A Death’s Door StoryA Sower In The Desert: Smoke By Ivan Turgenev (1818-1883)
Next Episode