Meeting On A Train - Part 3, A Silence Broken 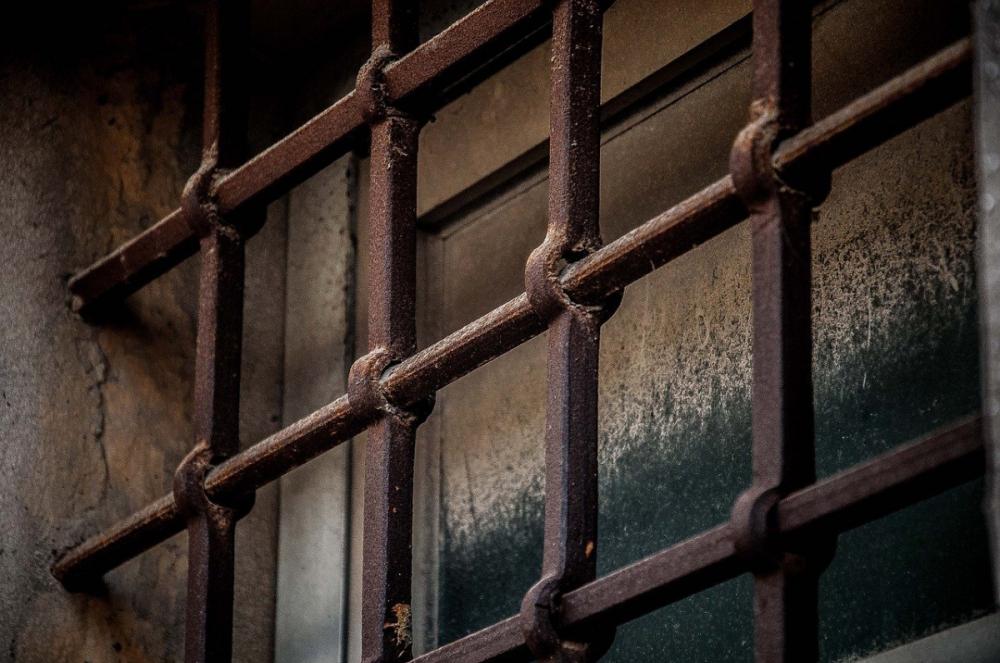 I had met the Silent Girl on a train, and then outside my College in Oxford, and finally had seen her swept up in a carriage belonging to Lord Philip Rotherham, the feared and powerful owner of a private Lunatic Asylum. In this asylum there were incarcerated many so-called 'patients', most of whom had no mental problem but had proved for one reason or another to be an inconvenience to their families. Those families, which could command some wealth, could arrange for their inconvenient relative to be taken off their hands.

Such, I subsequently discovered, was the fate of the Silent Girl. Her sudden disappearances when she got off the train, and when I had looked for her by my College, now made sense. She was in constant fear of being kidnapped and so afraid to be in any one place for too long. The rightness of her fears were revealed when she had been snatched up in the carriage from the busy Oxford High Street.

And now she and I had at least one thing in common - we were both prisoners - 'patients' - in the asylum. I had believed that she was probably there and so had sought entry into the place one night - only to be knocked unconscious and to become myself a prisoner.

I had come seeking to rescue her. Now I was in the same situation - a prisoner. How could I achieve my purpose and arrange for us both to escape. For long I pondered. I could see no hope.

And then I noticed the small window high up in my cell which looked out into the grounds. Three bars made it secure although, it was in fact so small that there was no prospect of getting through it, even should the bars be removed. Yet it gave me an idea.

That day, when my lunch was brought, I hid the spoon provided (knives or forks were obviously forbidden) about my person and ate my meal with my fingers. When the plate was later collected I protested vigorously at the lack of a spoon. In the end, my protest was accepted. And I had secured a spoon. With this, over several days, I proceeded to loosen one of the bars on the window.

In the late evening it was the custom of a warder to come to each cell in turn and check on the inmates. I managed to establish if not a friendship, at least some civility with one particular warder. He would come into my cell and talk for a few minutes, it clearly being apparent to him that I was not violent or dangerous. In time he became careless, leaving my cell door ajar when he entered.

And so I prepared my escape. Shortly before his next anticipated arrival I prized from the window one bar which I had loosened with the use of the spoon over several days. He entered my cell, again leaving the door slightly open. I cannot imagine his surprise when I raised the iron bar and struck him violently on the back of his head, He collapsed. I dragged his body - I hoped I had done him no permanent injury - I dragged his body to my bed, place a gag in his mouth, and bound his hands and feet with some of the bedclothes. I place him on the bed - his back to the cell door (the way I usually slept) and covered him with a sheet. As I had hoped, he carried with him a master key!

I went out into the corridor and locked the cell door. Now - how was I to find the girl and escape without being discovered? It was late and there was little likelihood of many warders being around. That, at least, was in my favour. I knew how to reach the women's wing of the asylum, but how would I find her cell. I noted that, usually scratched in chalk, each cell had either a name and/or a description of the inmate. Mine read "Interloper". I did not know her name. But I must try.

Moving stealthily down the corridors I came to the women's cells. Where was she. And then I saw it. In chalk across one door appeared the words "The Silent Girl". This must be her.

I hastily unlocked the door. She was not yet asleep. She recognised me - and with little persuasion followed me. The main door, too, was opened by the master key. We emerged into the grounds. But how to get beyond the fence and hedges. I remembered that, at the rear if the asylum, there was a door to which was brought in the early hours necessary food and other requirements. Access to the grounds for the vehicle carrying these items was also at the rear of the house. We had but to wait.

We must have waited over an hour before I heard a horse and cart approaching. The cart drew up to the gates and the driver got down. He opened the gates and returned to drive through before locking the gates behind him. In the instant that he drove through - it was still dark - we exited the grounds.

I will not trouble my readers with the next stages of our escape. But escape we did.

My wife and I - yes, reader, I married her - sought medical help. I had myself been tended to by a doctor practised in the art of the psychoanalysis, a procedure still held in contempt by some medical men. But I had been helped in my own time of mental stress, and so I referred my wife to the same doctor. He believed that her silence had been caused by some traumatic event, probably in her teenage years, and that if she were forced to face it afresh, if necessary under hypnosis, she would be cured. Her silence would be broken. This I believe, too, for we both have confidence in our physician, Dr Sigmund Freud.