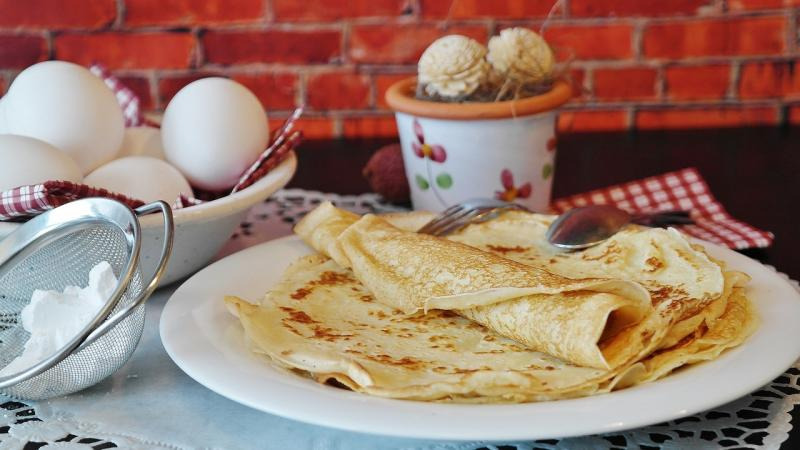 Pancake Day or its correct name of Shrove Tuesday is the day before the first day of Lent (Ash Wednesday) and is always 47 days before Easter Sunday.

This is a moveable feast based on the cycles of the moon. It is a day that falls between 3 February and 9 March and is often celebrated by eating pancakes, hence the name.

In 2020 Shrove Tuesday will fall on 25 February and its name comes from the old English word shrive meaning absolve.

Why do we eat pancakes?

Christians traditionally emptied their cupboards of any food that was perishable on Shrove Tuesday, as this couldn't be eaten during the 40 days of Lent, which was traditionally a time for penance and fasting.

So instead of wasting food a feast was created for the whole family before fasting the following day (Ash Wednesday).

In the UK, Ireland and Commonwealth countries Shrove Tuesday is commonly known as Pancake Day, whereas elsewhere it is often called Mardi Gras which is French for 'Fat Tuesday'.

Ash Wednesday marks the start of Lent in the Western church. Ash Wednesday is observed mainly by the Roman Catholic Church but also by some Protestant denominations.

The name comes from the tradition of putting a small cross of ash on peoples forehead at Ash Wednesday church services to symbolise death and regret for past sins. 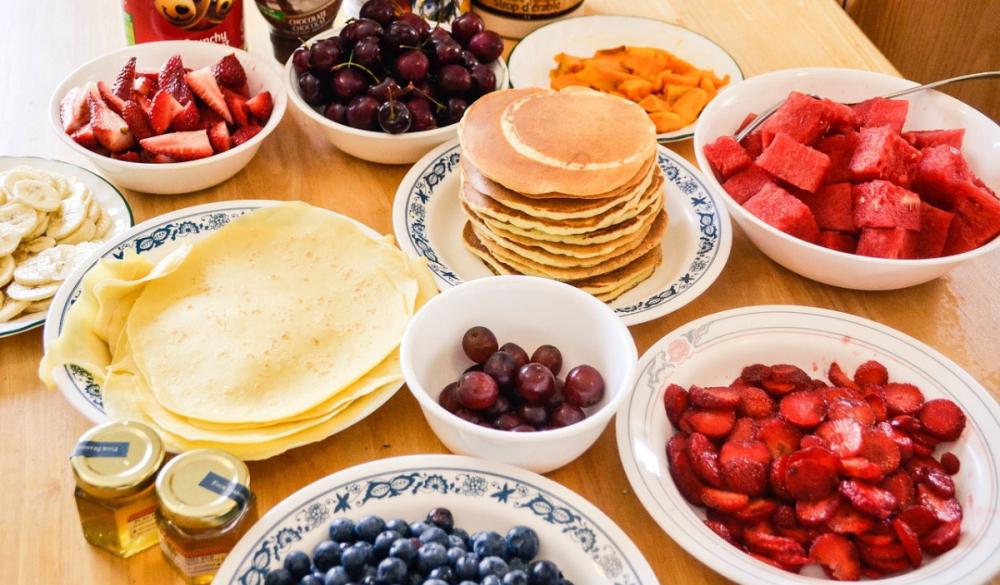 Some ideas for pancake filling
Why called Lent?

The name comes from an old English word which means 'lengthen' as the days are getting longer in spring when it is observed.

People nowadays often give things up for Lent, usually a luxury and an obvious thing is chocolate, so chocolate Easter eggs are then consumed on Easter Sunday.

Pancakes are an easy way of using up rich foods of butter, milk, sugar and eggs.


What to give up - photo by Sharon Tate Soberon
The most common things people give up for Lent:

Put all the ingredients in a large mixing bowl
Using a balloon whisk, electric whisk, or one of those hand cranked double whisks, whisk the ingredients into a smooth batter. Make sure there are no lumps and you want bubbles on the surface (get as much air in there as you can)
Heat a flat bottomed pancake pan / skillet / small frying pan over a medium heat
Add an almond-sized piece of butter and roll it around to cover the pan with a thin layer of butter
Pour in just enough batter to make a thin pancake - the trick is to move the batter around as soon as it hits the pan by tipping the pan both ways and rolling your wrist in a sort of circular motion so that you get the full circle of the pan covered
Allow to cook until the pancake is loose enough to move when shaken forward and back (pancake cooking is all in the wrist)
Now flip it. Shake loose with the forward/back wrist motion and toss it up. Your arm should create a sort of circle moving away from you, up and back to catch. Don't be tentative, be bold and confident or you will end up with semi-folded messes rather than decent pancakes. Of course you can turn them with a spatula, but where's the fun in that?
Cook on the other side for a very short time (toss again if you dare, to see how it's doing)
Tip on to a plate and add your choice of fillings

So whichever recipe you use have a flipping lovely pancake day!

The last week of Lent is called Holy Week which starts on Palm Sunday and culminates with Easter Sunday. Easter is the most important Christian festival which is celebrated with great joy when Easter eggs are enjoyed. Eggs are a symbol of new life and Easter Sunday is the day that Jesus rose from the dead, showing that life could win over death.