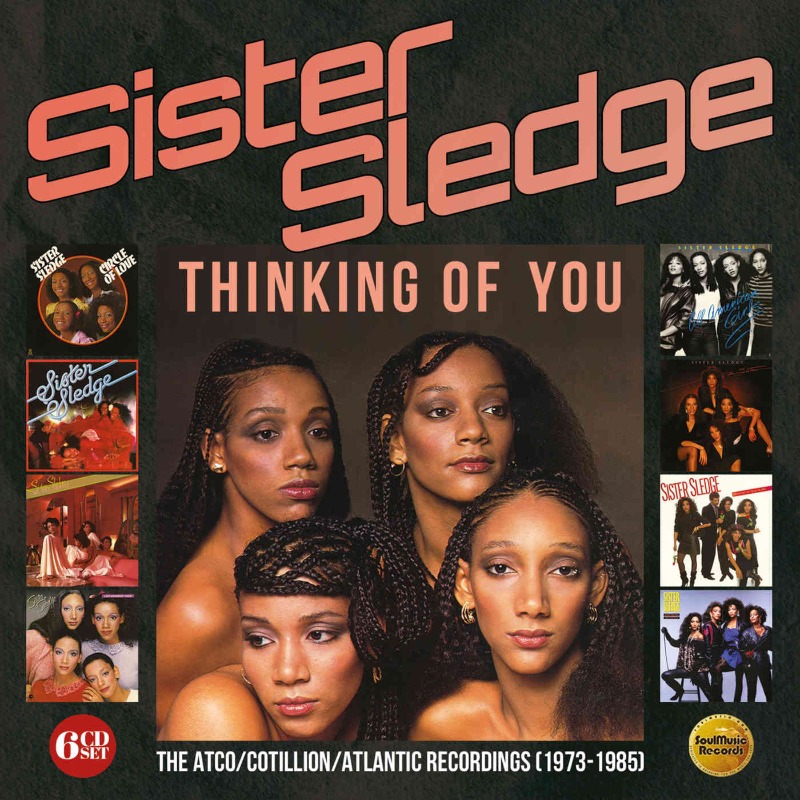 Aptly named sibling group Sister Sledge first explored their musical potential as a group in 1971, before releasing their debut album Circle of Love four years later. However, it wasn't until the end of the decade that they finally achieved mainstream acclaim with the evolution of their sound into a disco domain, which of course saw the arrival of the always epic anthem We Are Family. Although the group have released two studio albums after their 'hey-day', Cherry Red have released a collection that celebrates the recordings they released between 1973 and 1985.

While the group became household names with We Are Family, what this all-inclusive compilation shows is that their star-pull was evident long before the breakout single, their sound just hadn't reached the masses in the manner it should have done.

Interestingly the Philadelphia sibling group enjoyed their first chart success in the UK, where the still striking Mama Never Told Me scored them a Top 20 hit. With strong echoes of the Jackson 5 sound that was dominating at the time, the song is well delivered, but perhaps the group missed hitting the big-time with the song due to the obvious comparisons.

While their first chart single had Jackson 5 comparisons, their debut album leaned more on a hearty soul sound. The vocals are faultless but the record is very different from the Sister Sledge the world fell in love with. This isn't a bad thing, for it contains some real undiscovered and unexplored gems - most notably Cross My Heart.


Also by Jeremy Williams-Chalmers...
Julia Scheeser - KopfkinoInterview With Riva TaylorInterview With Karima FrancisLEA - TreppenhausTeddy Thompson - Heartbreaker Please
The album was followed by the noticeably weaker Together, which still showcases their fine vocals but fails to make the emotional mark of its predecessor. Clearly the lacklustre release caused issues with the record label, but the band must be thankful they released it. For they changed labels and their fate was sealed, they signed a new record deal and went disco. The rest as they say is history.

With classics We Are Family, He's The Greatest Dancer and Lost In Music, the group arrived and there is no doubt that this period was their most fruitful and memorable. This is echoed within the collection, but while the light shines brightest over these moments, there are still lush ones to follow - with You Fooled Around and Easy Street proving the most impressive.

Overall this is an impressive collection that shows the depth of the group's often overlooked abilities and versatility.