The UK car market is now flooded with SUVs and Crossovers. The choice is quite bewildering with all the mainstream manufacturers keen to ensure they grab a share of what is now a very large pie. 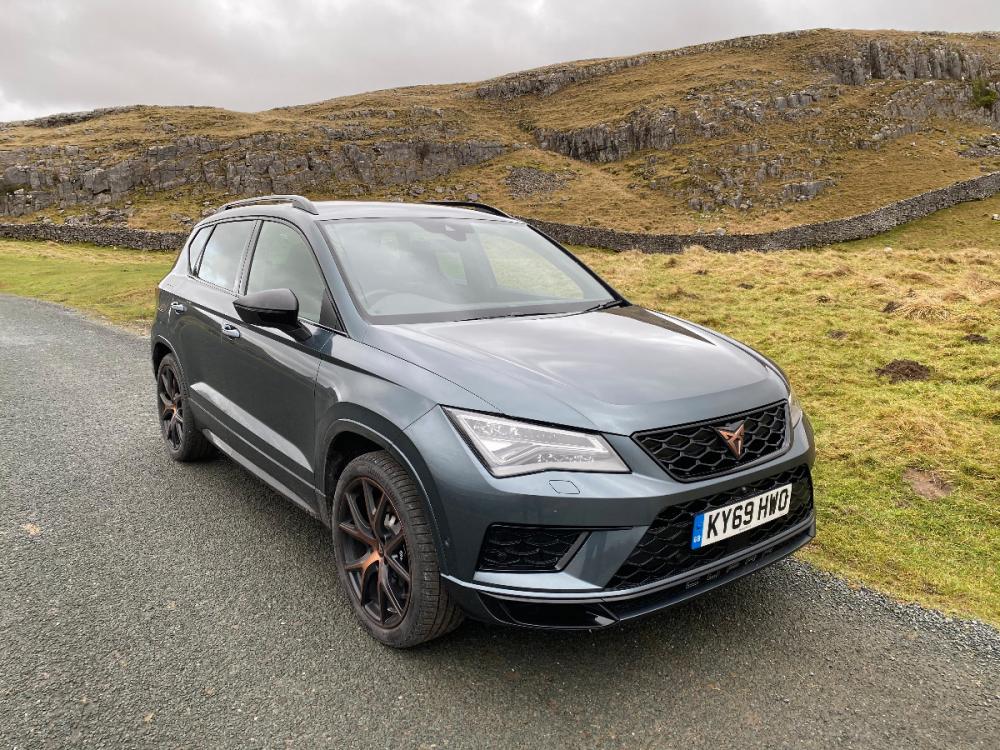 The SEAT Ateca is one of the very best. It does all the things required of a family car. It’s practical, well equipped, affordable and of course has the raised ride height that consumers now seek. However, what sets it apart from its competitors is that it is genuinely great to drive.

I last tested it with a 115PS 1.0-litre engine and sensible SE trim. Conclusion, top of the class, though no ball of fire. 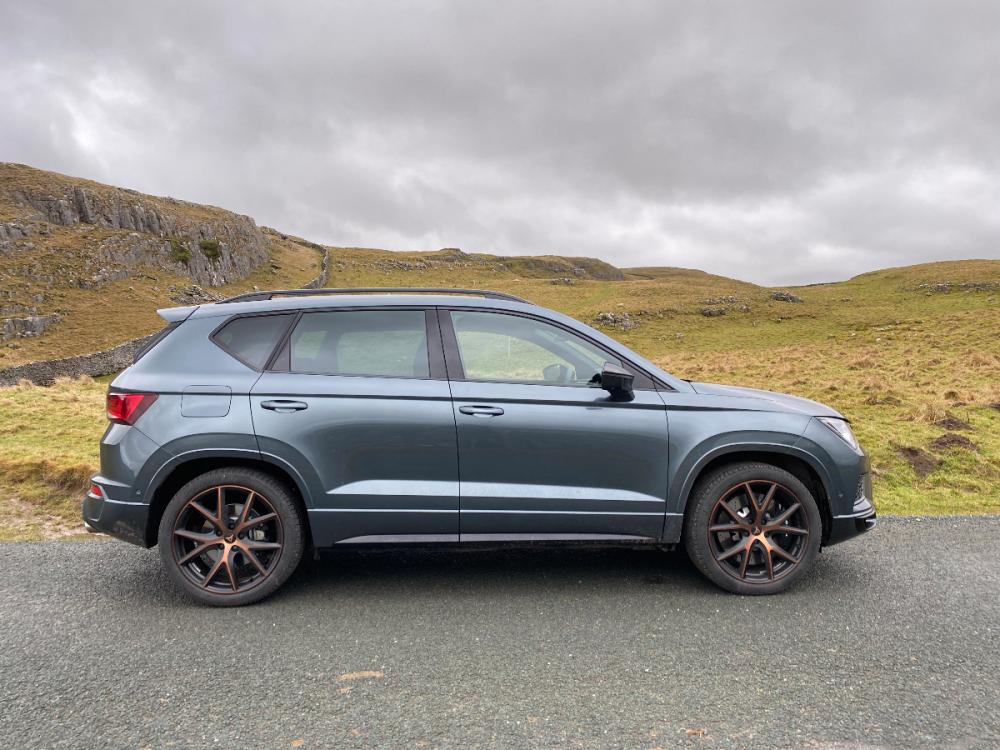 Keen to capitalise on the model’s success, SEAT now offers a performance variant from its performance arm Cupra. Set to become a standalone marque, the Ateca is just the start of the journey, with more distinct Cupra models set to be launched in the next few years.

The Cupra Ateca aims to offer hot-hatch performance in a practical crossover package and having just spent a week behind the wheel, I can confirm that it mostly succeeds. 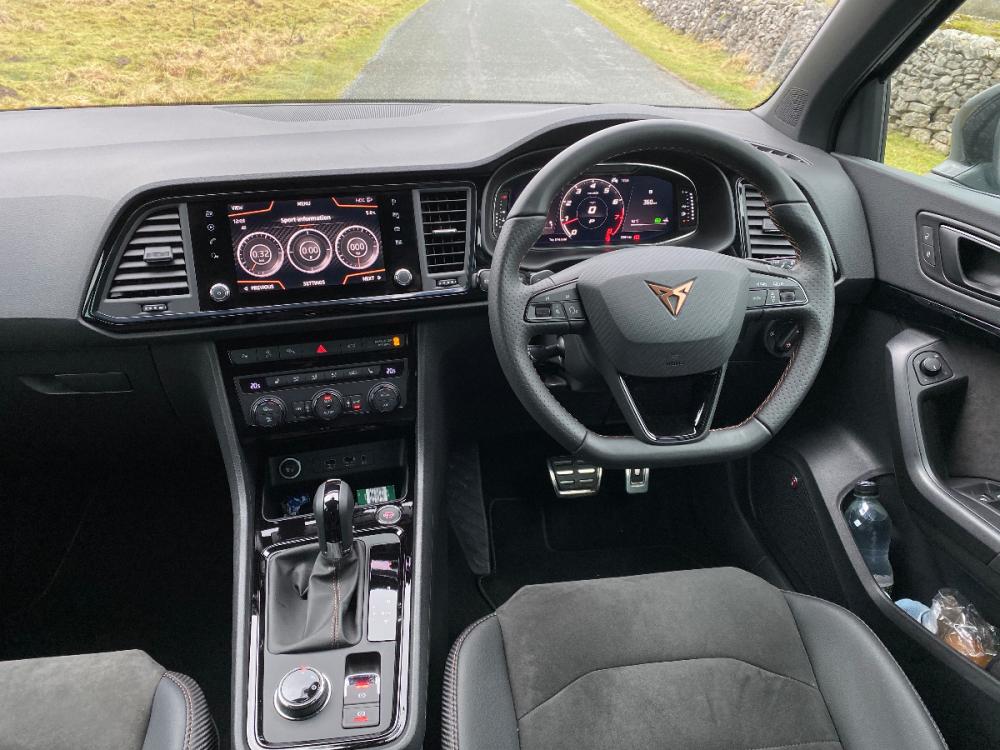 Sharing many components with the fiery Golf R, the Cupra Ateca is not short of firepower. Under the bonnet sits a 300PS 2.0-litre engine which is good enough to propel the car from 0 to 60mph in under five seconds. A quick shifting 7-speed self-shifting transmission and all-wheel drive ensure that such antics are readily attainable in the real world, should you so desire.

And if you are anything like me, you will find the performance both rather startling and addictive. 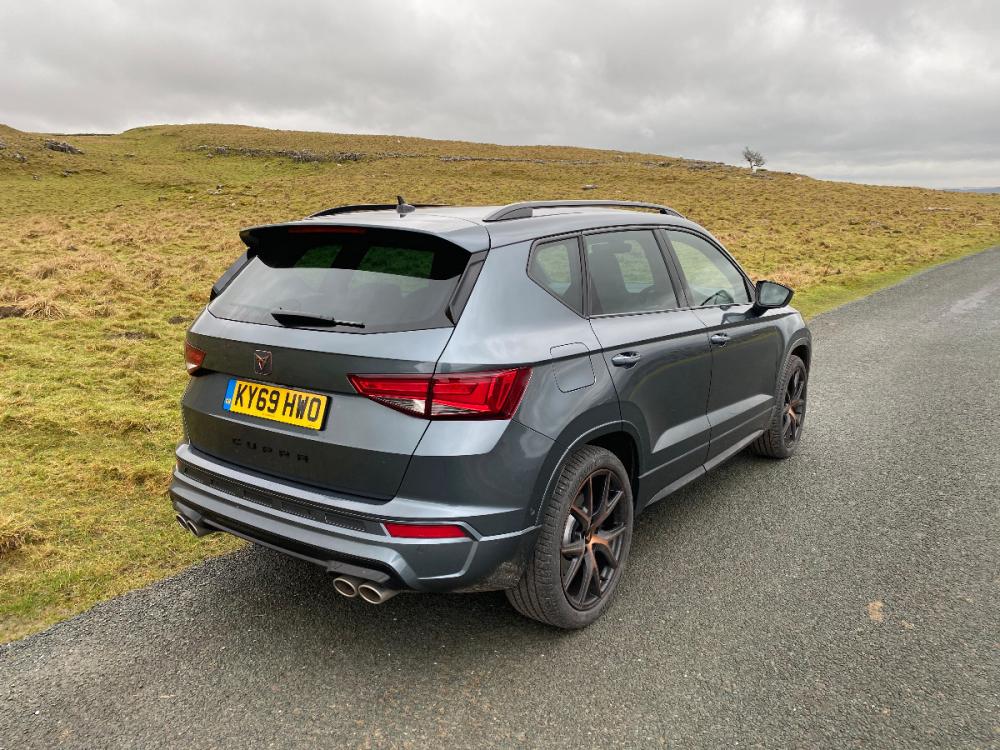 So, what has been done by Cupra to the workaday Ateca? Stiffer springs and adaptive dampers are fitted, and the car rides some 20mm lower. The steering rack has been quickened too.

Find a favourite stretch of B-road, engage Sport or Cupra mode on the rotary control and drive. In extremis you would say a typically sporty Golf has the edge, but not by as much as you may think. Body roll is well contained, there’s grip aplenty and the steering comes alive the faster you go.

Cupra mode stiffens the ride to a level that is likely to cause upset to passengers, but I found Sport was the best compromise between ride and handling. 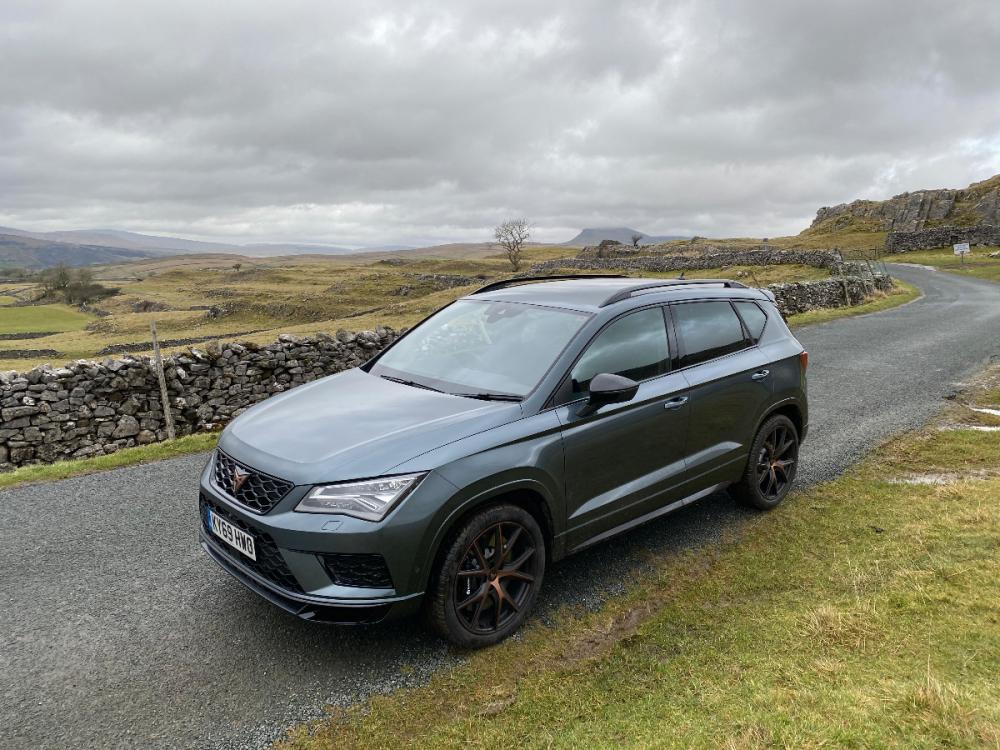 Motorway cruising in the Cupra was no chore, the capable adaptive cruise control and generally hushed cabin allowing many hours behind the wheel at a time to be undertaken with ease.

SEAT quote 38.2mpg for the combined cycle, my average according the car’s computer being 29.2mpg over 527 miles. Those with a lighter right foot should easily achiever 30+mpg.


Also by Andy Harris...
Hard Top Name Returns For Commercial Land Rover DefenderThe Italian Job Comes To Yorkshire – Be Part Of It!Farewell Mercedes X-Class. It Has Been A Pleasure50 Years Of Range Rover - A Celebratory ModelSizzling Summer Offers From Suzuki
So how much does all this Cupra excitement cost? A little under £36,000 is the figure and rivals are conspicuous by their absence, with most performance SUVs being much larger and considerably more expensive.

If there is a downside to the sporty Ateca it is perhaps the rather plain interior. It offers the practicality of the more humble versions, with a big boot and room for 4/5 to travel in a degree of comfort.

There are splashes of alcantara on the comfortable and supportive seats and elsewhere, but little else to excite. A little more Spanish flare would not have gone amiss.
However, the attraction lies in the performance and I for one would happily sign on the dotted line. Discreet looks, family practicality and scintillating performance are a heady combination, so take one for a spin. I guarantee you will be very pleasantly surprised.