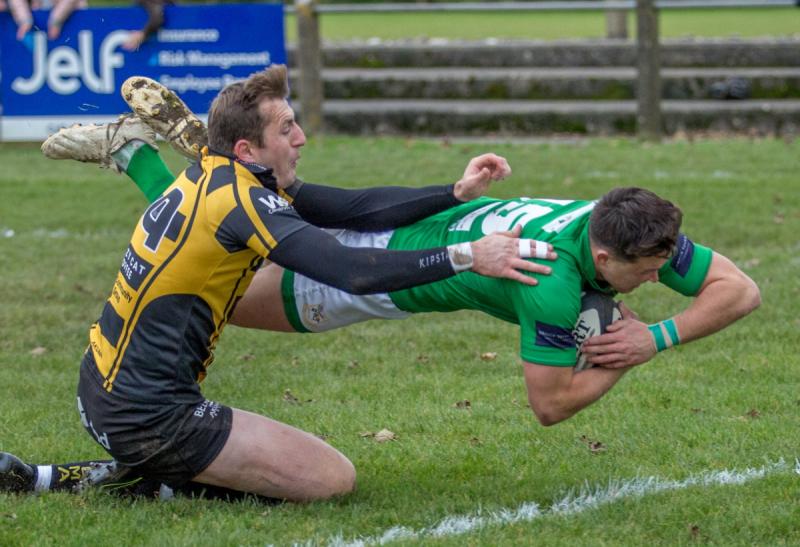 Photo by Ro Burridge
The proceedings started with a minutes silence for all the fallen in the two World Wars.

With playing conditions good considering the rainfall on Thursday, wharfedale got off to the perfect start with a bullocking run by Rob Baldwin, some slick handling by the forwards putting Rian Hamilton in for a try in corner, the conversion was missed.

In the 10th minute a clearance kick by Hinckley was gathered by Harry Bullough who off loaded to Josh Prell to make a 30 yard break and return the ball to Harry Bullough to score, Jack Blakeney-Edwards added the extras, 12-0.

However in the 32nd minute Hinckley pressure was rewarded when Henry Povoas was driven over under the posts, Joseph Wilson adding the extras.

Back came Wharfedale with a lineout on the half way line, won by Rob Baldwin who released the backs to feed Rian Hamilton to run a great line to score under the posts, Jack Blakeney-Edwards added the extras - half time score 19-7 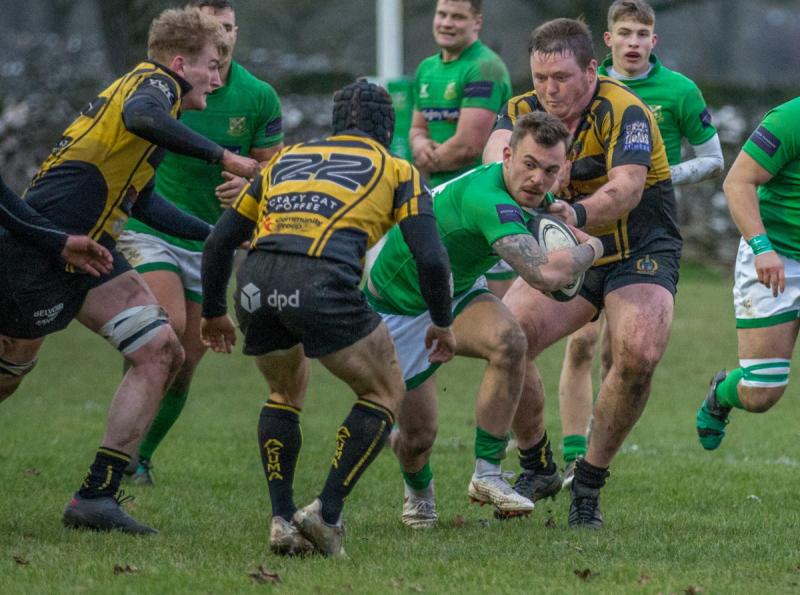 Photo by Ro Burridge
Hinckley upped the tempo in the second half and from a lineout in the 45th minute Joseph Wilson went over in the corner, but the conversion was missed.

Hinckley missed a long range penalty and the clearing kick was successfully chased down by Josh Prell, in the resulting maul Rob Baldwin got the ball away and Matthew Speres scampered over the line for the bonus point try, the conversion was missed.

Back came Hinckley, and quick ball from a lineout, some missed tackles and Sam Greening scored in the corner, Joseph Wilson adding the extras.

Wharfedale and its many supporters survived a nervous last 6 minutes to come out winners 24-19 and gain 5 points to move them to mid table in National Division Two North.

The game was about taking your opportunities when they arrived and although Wharfedale had far less possession than Hinckley, they created four clear chances and took them to deserve victory. 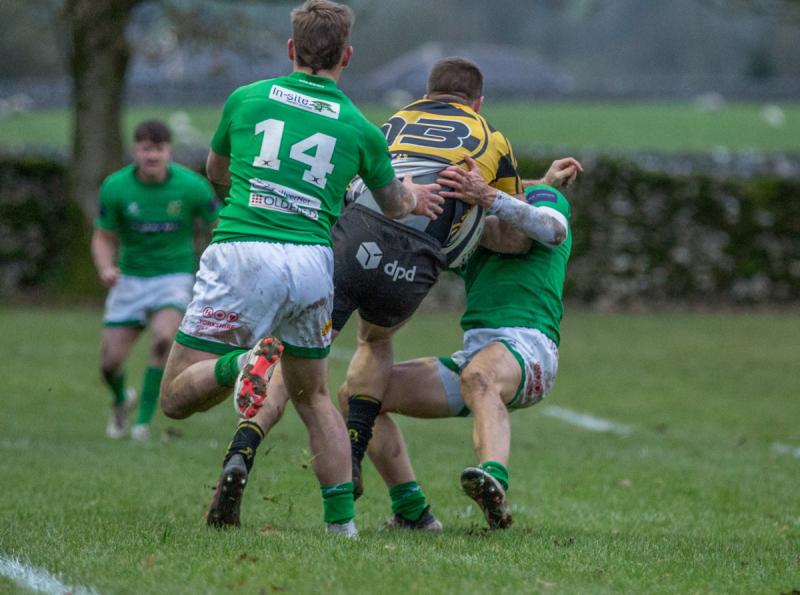 Photo by Ro Burridge
For long periods Wharfedale had to defend their line and the tackling was exceptional, Jack Hirst and Rob Baldwin being the pick of the forwards whilst Sam Gaudie was as busy as ever keeping the opposition honest.