Sounds In Silence: On Poetry By Jonathan Davidson 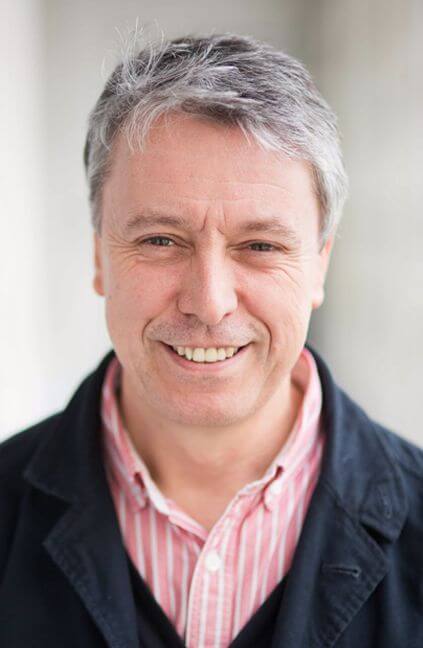 Jonathan Davidson
Early in Jonathan Davidson's wonderfully diverting new book is an autobiographical comment adverting to his childhood, which indirectly foreshadows his future approach to writing: 'I felt', he says, 'as capable of being affected by his (Keats') poetry as any scholar'. Davidson is a great leveller, rightly asserting that poetry is for everyone, not only specious elites protected by walls of self-perpetuating academic jargon. The point is that he was moved, in an instinctively receptive fashion, by the living thing on the page before him.

And the dynamic of this affably anecdotal, and profoundly readable, volume resists a descent into the aridity of conventional literary criticism. Consciously non-academic in tone - Davidson focuses on feeling, sound and intuition - On Poetry is a highly engaging examination of how poems work on the imagination when our receptors are open to suggestion.

It is possible to recognise a 'building' of Davidson's poetic agenda in his background. His father was a Communist who thought reading and self-education were duties rather than pleasures to be indulged, a part of the collective struggle for class recognition. The son's early identification with Jude Fawley - he had looked north towards Oxford's 'dreaming spires' from the geographical perspective of home in Didcot - illuminates a working class aspirational fellow feeling, though individually rather than collectively directed.

The idea of sound in poetry, as advocated by Basil Bunting in an early essay, is central to the way Davidson assimilates and describes the form's propensity for emotional communication. At a convention in Nicaragua in 2014, in a maelstrom of Spanish poetic voices, Davidson underscores the meaningfulness of spoken accent and nuance when he notes that, amongst those several non-Spanish speakers in the audience, many remained rapt 'by the sound if not the sense' of the words they couldn't follow. That Nicaragua's is a 'poetry for the people' speaks to Davidson's instinct for its wider purpose. Contemporary Nicaragua, for Davidson, is an authentic forcing ground for Shelley's dream of poet as legislator, a position legitimised and dignified by skill, intellect and experience, and mandated by the will of the public. 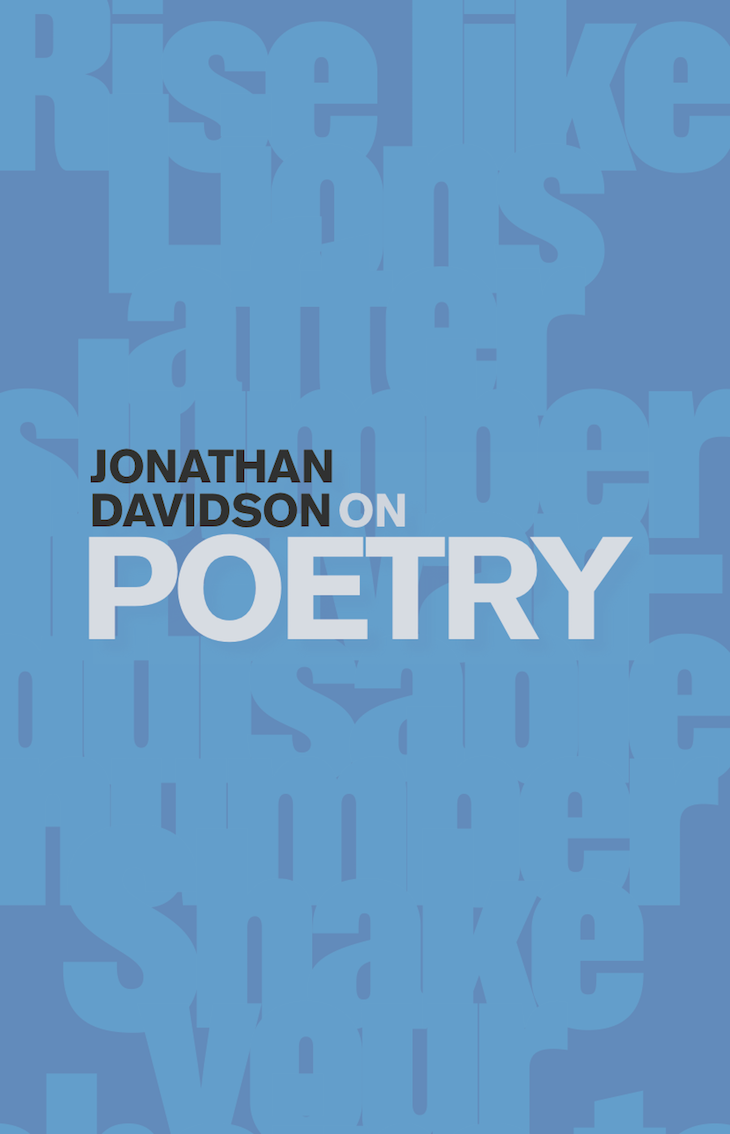 For Davidson, poets like Ted Hughes 'release' poems. The embodiment of the distinction between a performance poet, and a poet who renders his own work in as naturally effective a way as possible, Hughes releases words into space, giving that space life and meaning: 'They do not present themselves or their histories or their joys and disciplines, they do not set out their stall or display their garish feathers. They simply place the sounds into the silence.' Not suggesting that effective readings are achieved without art, Davidson implies, instead, that an intangible but natural inherence of power or gravitas enables the poet to abandon the unique sound of his or her words to the receptive air.

Readings that have little to do with pre-fabricated forms of performance, but convey a sudden intuition or moment of recognition, crystallise the art of poetry for Davidson. A conjunction of context, circumstance and spontaneous immediacy may invest a sense of identification in words, often in the silence of their wake. Talking of a reading given by Liz Lochhead in Corby, which is home to thousands of Scots ex-pats who came to the steel town for work in the 50s, Davidson gives as valid, and affecting, a justification of the art of poetry as an academic might yield in a chapter:

'As she named their town there was a sudden charge of electricity in the room. She stopped reading. She was, for a moment, caught out by the memories the poem ('After the War') references. After a pause she carried on. For those seconds the audience had found themselves within the poem. Liz Lochhead's personal history stood for their collective history, with all the particular loss and disappointment of working class life that doesn't normally make it to the big screen, as it were. At that moment the poetry meant something. It was a transaction of incalculable value. It was communication.'


Also by Steve Whitaker...
Poem Of The Week: 'Sonnet 29' By William ShakespeareReview: Ings Strings At Art In The Dale, Kirkby MalhamPoem Of The Week: 'This train has left the city ...' by Paul HenryAlbum Review: Staring At The Sun: Talking About X By JARRPoem Of The Week: 'Giorno Dei Morti' By D. H. Lawrence (1885-1930)
Not by any means always the case, of course; alfresco performances, especially, bring their own unpredictable problems. But, in the kind of beautifully modulated sentence that makes this book a joy to read, Davidson takes the climatic hurdle in his stride, as though obstacles to the prismatic pleasure of the sound of enunciation were trivial compared to the reward conferred: 'The pervasive diurnal, immutable low-level misery of human existence is no match for a poem read with conviction, beneath an umbrella, in the drizzle of an English summer.'

Davidson's style is easy, accessible and persuasive, and, on the basis that entertainment is at least as important as instruction, he can be very funny. Having recovered from direct immersion in organising and participating in major poetry events, he is fully cognisant of the, often chaotic, sharp end of the performing arts. The balancing of threadbare budgets, the omnipresent 'witless' wasting the time of the 'feckless', and the recurrent spectre of fickle audiences not returning after the interval, yield an insightful and witty insider's perspective.

That poems are meant to be seen and heard in an artistic experience 'to be enjoyed by virtually anyone' gives notice of Davidson's wider intention here. His footnotes, which avoid a conventionally turgid approach as though poxed, act to corroborate his levelling of the literary playing field. And they are an unalloyed hoot. In response to complaints about a Larkin poem being performed by a working class actor, he opines: 'Some people hated the idea that Larkin's words might be spoken with what was perceived as a working class accent, the rationale being that no one with such an accent could believably have such fine thoughts. I reach for my service revolver'. Many such pithy vignettes appear after each short chapter, making them readily accessible to the reader seeking an explanatory laugh. The world of literary criticism needs more footnotes like these.

If literary criticism it is. Reading On Poetry is rather like being guided through a seductively dense forest by a gregarious and wise orienteer. Davidson 'meets' poems like new pals, as he does with the simple savouring of Jo Bell's paean to hydraulic engineering in the poem 'Lifted'. It is fascinating that Davidson sometimes reverses the telescope of seeing and reading. A John Berger of inference, he produces a lengthy paragraph on the baffling cover of Peter Didsbury's The Classical Farm, before dissecting the temporal confusions of his poem 'The Barn' which, in characteristic Davidson-speak, 'is short but not to the point'.

And his anecdotal, self-effacing style is misleading: Davidson can nail the meaning of a poem, or theme, in one well-turned phrase. Alert to the subtext of tyranny in Stanley Cook's 'Towton' - his unsentimental poem about the bloody Wars of the Roses battle - Davidson writes: 'As the full poem reveals, it is not written in memoriam but as an analysis of the buying and selling by a ruling class of the life and death of many others.' The critic, here, gives definition to a fine poem whose creator's own oeuvre is in desperate need of restoration.

Davidson's concluding, and lengthy, examination of W. S. Graham's 'Johann Joachim Quantz's Five Lessons' reveals a persuasive symmetry of thinking. Counter-intuitive in the face of the author's easy style, we are returned to what looks very like the book's defining conceit. Taking a pivotal stanza out of the poem, which is worth repeating here...

'Now we must try higher, aware of the terrible
Shapes of silence sitting outside your ear
Anxious to define you and really love you.
Remember silence is curious about its opposite
Element which you shall learn to represent.'

...Davidson reiterates his earlier inference about putting words into silence. In the poem, the music teacher Quantz is instructing his pupil in the art of flute playing, 'making the unknown heard'. Which is what the synaesthesia of music, and good poems, do.

On Poetry is a departure from the critical norm, and a pleasure to devour. As studiedly simple, and as mercifully free of postmodern obfuscation as Peter Sansom's seminal Writing Poems, Davidson's sage words lead the reader towards an understanding of the ways in which poetry may speak to us all.

On Poetry is published by smith/doorstop
Here's a link to their online store.