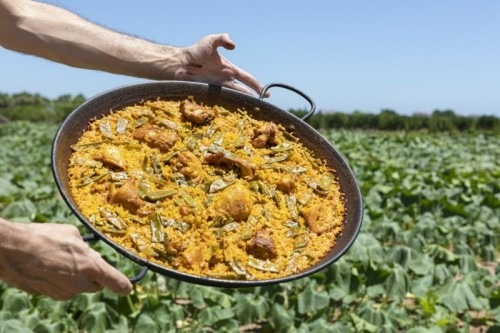 As Spain battles the pandemic, like so many other Western European countries, tourist bosses are keen to maintain awareness of this country, highlighting some of the ‘must sees’ between now and 2022.

Here’s some food-for-thought once the vaccine programme kicks in and things start to return to some kind of normality:

ANNIVERSARIES
Burgos Cathedral celebrates its 800th anniversary
The 20 July 2021 marks 800 years since the laying of the first stone of the impressive Burgos Cathedral. The cathedral, which is a designated a UNESCO World Heritage Site, has become emblematic of Castilla y Leon with its impressive French gothic architecture and characteristic spires of the main façade. Now 800 years on, the Cathedral VIII Centenary Foundation Burgos 2021 has created a commemorative programme of cultural events taking place through 2021 and into 2022. The cultural activities include exhibitions, concerts and conferences, with the aim of celebrating Burgos Cathedral’s eight centuries of history. www.catedraldeburgos2021.es/en

Castilla y León commemorate Miguel Delibes on the centenary of his birthday
The Miguel Delibes Foundation has created a series of activities focused on promoting the life’s work of the late, great Spanish author and journalist. Delibes was a member of the Royal Spanish Academy and is recognised as one of the leading figures of post- Civil War Spanish literature. October 17, 2020, marked 100 years since the birth of Delibes and now the ‘Centenario Delibes’ has been declared an event of special public interest. The programme of events created by the Miguel Delibes Foundation will extend into 2021 including special exhibitions such as the ‘Delibes Exhibition’ at the Spanish National Library. www.centenariodelibes.es/en 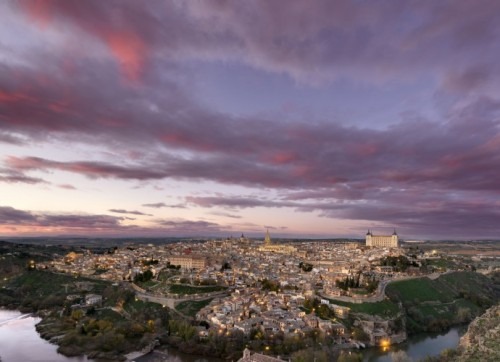 November 23, 2021 will mark 800 years since the birth of Alfonso X the Wise with the Toledo Council announcing they will create a full programme of activities to celebrate such a landmark event. Alfonso X was the king of Castilla, Leon and Galicia and is remembered for having fostered the development of a cosmopolitan court that encouraged learning and where Jews, Muslims and Christians all had prominent roles. During his reign, the translation of works from Arabic and Latin into the vernacular of Castile was encouraged and thus marked the beginning of Castellano as a primary language of higher learning, science, and law. The eighth centenary of Alfonso X will have international projection with Toledo ‘captaining’ more than 20 cities where the king is an important figure. The events will begin in November 2021 and carry through until November 2022. www.visittoledo.org


DESTINATION NEWS
Catalunya tourism to introduce the ‘Grand Tour of Catalonia’
The Catalunya tourism board has introduced the ‘Grand Tour of Catalonia’, a circular tourist route that allows visitors to the region to experience the best of its art, history, gastronomy, landscapes, people and traditions. The route enables tourists to learn more about Gaudí and Dalí, taste pa amb tomàquet (Catalan Tomato Bread) and Michelin-starred meals, visit rural villages and Barcelona, one of the most vibrant cities in the world. Activities along the way include the adrenaline rush of a parachute jump, peaceful walks along isolated shorelines and tasting sessions of local Catalan wines. The new tourism route is set to launch in late 2020, ready for the 2021 season, and has been designed to provide a wholesome itinerary to see all the highlights of Catalonia. www.catalunya.com

ART & CULTURE
Infinite Cantabria project sees ‘Okuda’ give the Faro de Ajo colourful revamp
The Faro de Ajo, a lighthouse near the Cantabrian town of Ajo which has stood for almost a century, has been given a colourful new redesign from internationally acclaimed Cantabrian artist, Óscar San Miguel, commonly known as ‘Okuda’. The project dubbed ‘Infinite Cantabria’ has seen the lighthouse transformed into a cultural instalment designed to attract visitors to one of the lesser-known areas of the region while also allowing the lighthouse to still serve its navigational function. The design draws inspiration from Cantabrian wildlife such as wolves and bears as well as indigenous Cantabrian cultures. The artistic installation drew 11,200 people on its opening weekend in August 2020 and will remain in place for eight years. www.cantabriaspain.co.uk 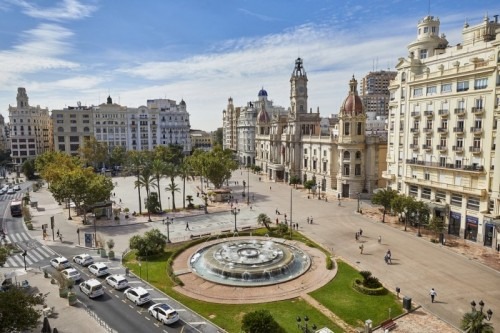 The perfect destination for the eco-conscious traveller in 2021 as it becomes the first city in the world to verify its carbon emissions from tourist activity
Valencia is a city making huge strides to tackle the global climate emergency and create a destination that travellers can visit with a clean conscience. The city has become the first in the world to verify its carbon emissions from tourist activity, the first step in a commitment to become a carbon-neutral destination by 2025. The city already boasts two million square metre of gardens, notably the Turia Gardens and the Viveros, which act as the green lungs of the city absorbing carbon emissions; not to mention the 20 kilometres of European Blue Flag status beaches. Travellers are also able to explore the city in an environmentally friendly manner by making use of close to 150 kilometres of cycle paths and 40 ciclocalles (cycle-priority streets).
www.visitvalencia.com 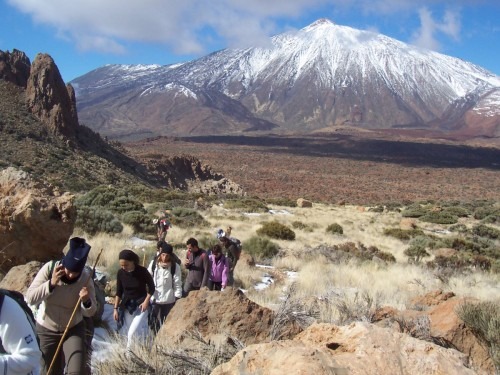 In October 2020, Tenerife tourism unveiled a new advanced hiking route with the highest elevation gain of any trail in Spain. The trail has been created for hikers and trail runners and starts on El Socorro Beach, traversing rural areas to reach the top of Spain’s highest peak, the summit of Mount Teide. The ascent is over 27.7km meaning the round trip is around 56km which can be completed in roughly 12 hours for hikers and four to six for trail runners. The Open Trail Races app has created the GPX of the route which means users get certification for having covered the route, showing the time taken and their overall rating and category rating among a community of hikers. To reach the summit, active tourists will need to request a permit in advance from the national park’s website.
www.reservasparquesnacionales.es / www.webtenerife.co.uk

LUXURY
Galería Canalejas: Madrid welcomes new luxury shopping centre
Madid has welcomed a new luxury shopping centre, located in the heart of the Spanish capital at the former Palacio de la Equitativa. The three-storey shopping centre will be home to more than 40 boutiques selling high-end fashion, accessories, perfumes, jewellery and watched by the most prestigious luxury brands in the world having already welcomed Hermès in the first phase of opening in October 2020.
www.esmadrid.com/en