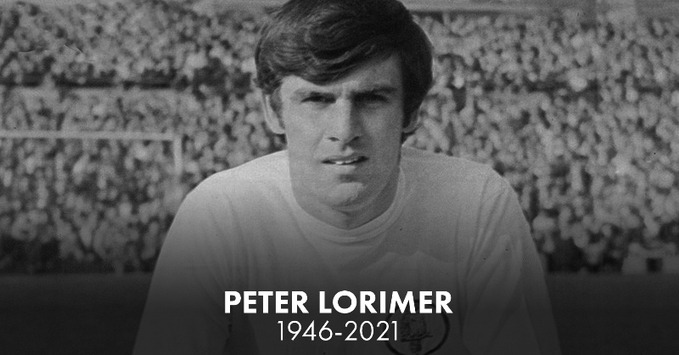 “I am deeply saddened to hear the news that Peter Lorimer has passed away.

“As part of Don Revie’s great Leeds United side of the 1960s and 1970s, he helped put our city on the sporting map and brought pleasure to many thousands of fans.

“Everyone knows the stories about the power of his shooting – when you watch the old videos back now, it’s a surprise some of those 90mph cannonballs didn’t break the net.

“Peter remained a steadfast supporter of Leeds both city and club – after his retirement and it was with pride that the council was able to award the freedom of Leeds to him and the rest of the Revie boys in 2019.

“His passing comes all too soon after the losses of Norman Hunter, Jack Charlton and Trevor Cherry, three other much-loved players of the Revie era.

“Our thoughts on this sad day for the city are with Peter’s family, friends, former team-mates and everybody connected with Leeds United.”