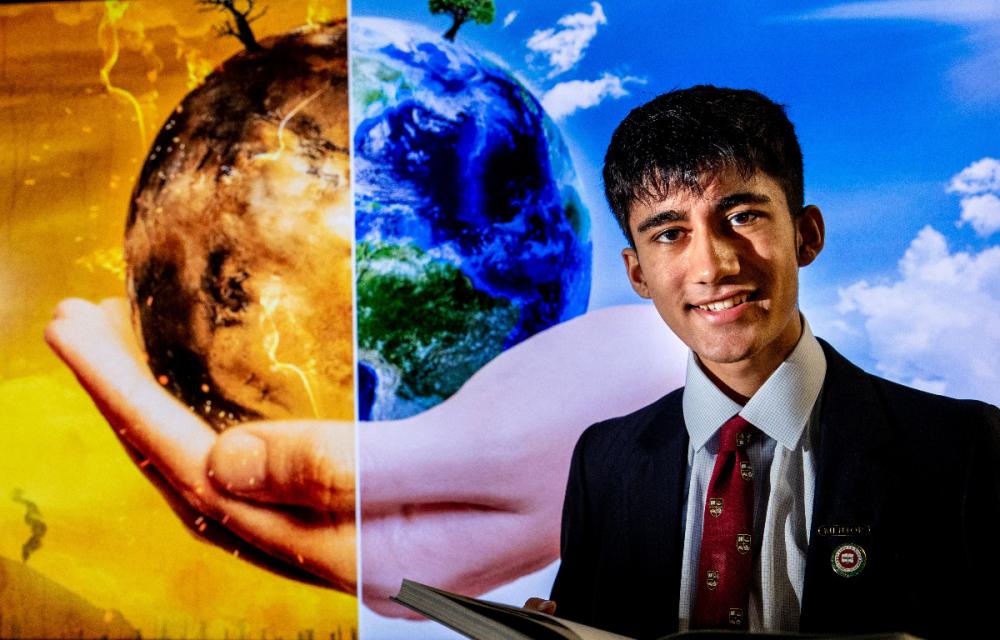 Rohan Lalli, 17, a student at Bradford Grammar School (BGS), won the competition with his magazine called Resist, as part of a COP26 event run by Leeds University. The event comprised various webinars about tackling climate change from different perspectives such as legal, business and geographical.

For the competition, Rohan decided to produce a magazine focusing on the indigenous peoples in Indonesia. Articles looked at the workings of a fossil fuel orientated economy, the socio environmental debate surrounding oil palm and the indigenous struggle.

Said Rohan, of Horsforth, near Leeds:
“I was really pleased that I won, and it was good to see the hard work pay off and that my work could be valued in a university setting.”

Said Rohan:
“I think people are getting the physical components of climate change, like the ice caps melting and CO2 emissions increasing, but there’s so much ambiguity about the human aspect of climate change and how it’s going to affect people and how we can protect them.

“Buying sustainable produce, educating ourselves about current climate issues and pressuring TNC’s (transnational corporations) to adopt ethical methods of intervention in emerging nations are just some of the ways people can make a difference.”

David Alcock, the geography teacher at BGS who encouraged Rohan to enter, said:
“Engaging young people in overcoming the climate crisis is crucial and Rohan has not only become passionate about the issue himself, but his magazine will help to raise awareness of the complexity and urgency of this, our planet’s greatest challenge.”