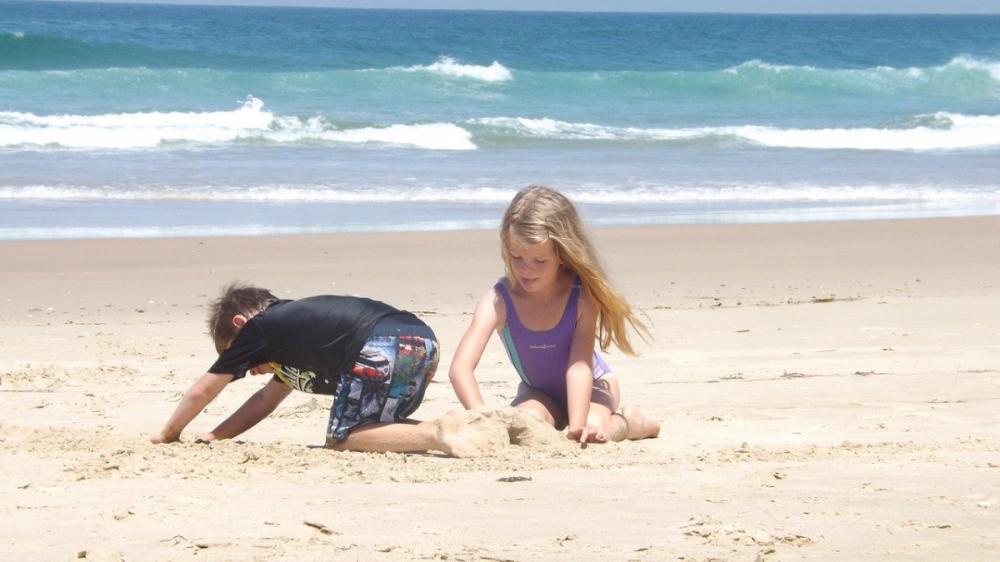 Clean Beach by Callie Maddalena-Maloney
UK charity Surfers Against Sewage today marked the launch of their ‘Million Mile Beach Clean’ with a 50-metre sand drawing of a seal surrounded by plastic on Cayton Bay in Yorkshire.

The striking image highlights the impacts of plastic pollution on marine wildlife, which the charity aims to tackle this year by inspiring 100,000 people to clean up their local beach, river, street or green space. The result will be one million miles cleared by the end of the year, protecting oceans, beaches and wildlife – and giving Brits a much-needed boost as we emerge from lockdown.

The Million Mile Beach Clean is part of a new environmental initiative, the Million Mile Clean, encouraging people to get out locally, on streets, country lanes, in parks and along local waterways to tackle plastic pollution and litter. The campaign aims to reconnect people with their local environment to help their physical and mental wellbeing. The lead partner for the campaign over the next three years is the Iceland Foods Charitable Foundation (IFCF), building on its previous support for nationwide beach cleans.

Whilst the initiative will run throughout 2021, the first week of action will take place between the 15th and 23rd of May. Surfers Against Sewage are calling for Clean Leaders across the UK to join the biggest ever beach clean and register to lead a clean during this period.

According to new research commissioned by Surfers Against Sewage, over half of Brits (54%) think COVID-19 has led to an increase in plastic pollution, with almost two-thirds (59%) seeing more waste in their area over the last 12 months. This increase could be down to the fact that nearly a fifth (18%) of the population has bought more single-use plastic items as a result of the pandemic, with the same proportion opting to use disposable facemasks rather than reusable ones.

The majority of people (74%) spot over 10 pieces of plastic or litter on an average walk. When extrapolated against the UK population, this could account for nearly 500 million pieces of litter and plastic pollution. Worryingly, 51% even say they see more plastic on UK beaches than wildlife, and 41% believe that UK beaches are more polluted than their European counterparts.

“The ocean is under threat and we are running out of time to save it. We want to inspire an army of ocean activists to join the cause and put an end to plastic pollution in the UK. After more than a year of isolation, social distancing and reduced physical activity, the Million Mile Beach Clean reconnects communities with the environment and provides numerous benefits to mental health and physical wellbeing. Sign up and get involved today and together we can make a difference.”

The Million Mile Beach Clean, created in direct response to the pandemic, will reconnect people with the ocean and their natural surroundings, whilst also restoring wellbeing as the UK emerges from winter and the pandemic. This will come as a relief to the 41% of Brits who feel their mental health has deteriorated as a result of lockdown, with over half (52%) of the UK population claiming that being near water improves their wellbeing and mental health.

“Our oceans are an integral part of our planet and our lives. Research shows that the coast and oceans have a positive impact on our health and wellbeing. Now more than ever it is crucial for people to reconnect with the outdoors and the Million Mile Beach Clean provides an opportunity for people to do something for their health whilst also creating a positive impact on the environment.”

“As a surfer, beach user and business leader, I believe it is imperative that we protect and restore our oceans as they are essential for all life on earth. The Million Mile Beach Clean is an opportunity to make a positive impact in reducing the impact of plastic pollution across the UK. I can’t wait to be a part of the biggest community clean up ever.”

Surfers Against Sewage are calling for people across the UK to join the campaign and commit to cleaning up their local beach or neighbourhood. To get involved visit their website here and track your beach cleans via their Strava Club community group. The initiative will last throughout the UN Decade of Ocean Science, delivering a million miles a year, ten million by 2030 and aligning with SAS’s ten-year ambition of ending plastic pollution on UK beaches by 2030.

“Making the connection between mental health and environment is key in mobilising communities in the right way and the Million Mile Beach Clean does just that. 100,000 volunteers, each cleaning their local beach or river or street or mountain – the impact speaks for itself. It’s ambitious, it’s physical, I’m in!”

More information can be found at https://beachcleans.org.uk/.