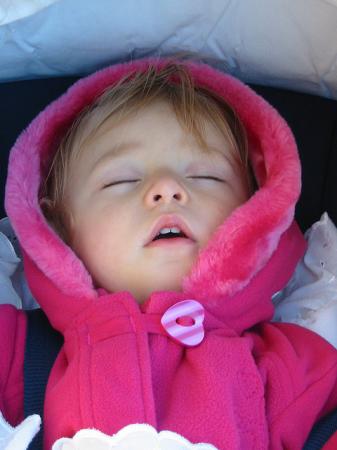 Photo by Chris Rimmer
A good night's sleep can help children to acquire and retain vocabulary, according to new research by psychologists at the University of York and Sheffield Hallam University.

The researchers presented compelling evidence that language-learning patterns for adults can also be found in children as young as seven, as long as they sleep in the 12 hours after they first encounter new words.

The study, funded by the Leverhulme Trust and conducted by Dr Lisa Henderson and Professor Gareth Gaskell in the Department of Psychology at York and Dr Anna Weighall, from the psychology research group at Sheffield Hallam, shows that sleep mechanisms associated with adult learning are also involved in vocabulary acquisition earlier in development.

Dr Weighall said: "These are truly exciting results which open up a new dimension of research in our understanding of language development.

"Our work provides the first evidence that sleep is associated with the integration of newly-learned words into the mental dictionaries of children."

Using a similar technique to work with adults conducted by Professor Gaskell at York, the team examined changes in memory for newly learned words after sleep and found that new words began to compete with existing "known" words around 12 hours after first encountering them but only if sleep has occurred.

This indicates that the new words have been remembered and integrated in long-term memory and that sleep provides the ideal conditions for integration to take place.

Dr Henderson added: "Children's ability to recall and recognise new words improved approximately 12 hours after training, but only if sleep occurs. The key effects were maintained one week later, suggesting that these new words are retained in long-term memory."

The research team says these findings published in Developmental Science show for the first time that sleep is implicated in memory for new vocabulary in children.

The findings also open up a new line of research that has direct clinical implications - neuro-developmental disorders such as autism and dyslexia are associated with disordered sleep patterns and difficulties with language learning.

Professor Gaskell said: "Clearly, children need to learn material well in the first place, but then they also need to sleep well in order to weave these new memories in with their established knowledge. The combination of these two components is the key to robust learning."