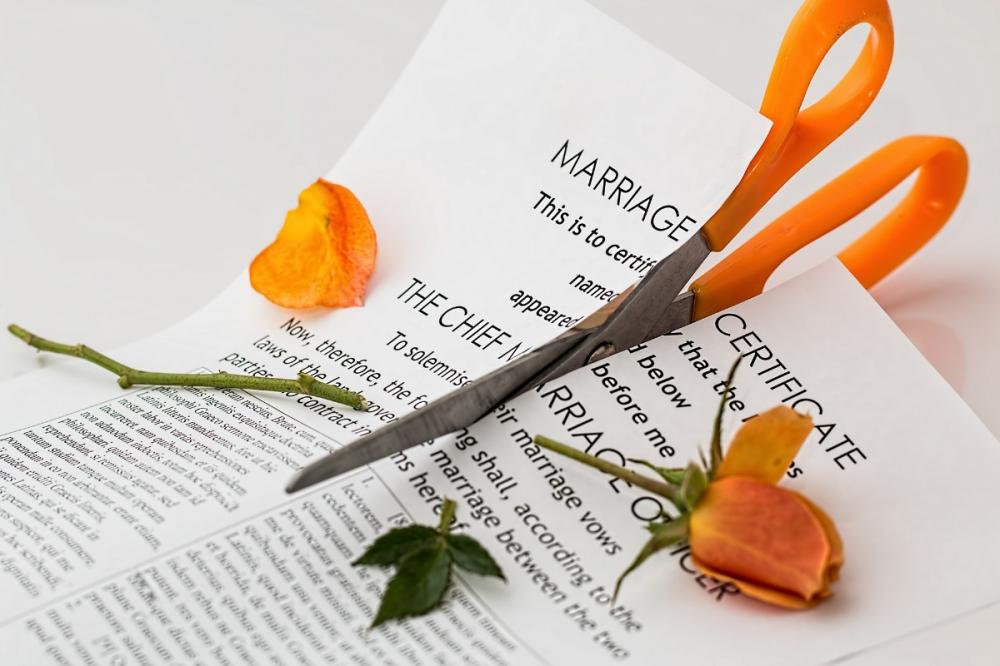 Image: Stevepb on Pixabay
The much-anticipated changes in divorce law which are expected to make proceedings more positive for families have officially come into force this week.

On 6th April, after more than 30 years of campaigning by family law member organisation, Resolution, and others, the no-fault divorce law reform becomes official, allowing married couples in England and Wales to divorce without attributing fault or a lengthy separation.

Toby Netting, Resolution member, solicitor and head of family law at Switalskis Solicitors in Sheffield, welcomes the reform. He explains what the changes - brought about by the Divorce, Dissolution and Separation Act - will mean for divorcing couples up and down the country:


Toby Netting
What are the no-fault changes?
One of the most significant changes is that divorcing couples will no longer have to give grounds for divorce. Couples, or an individual, can now simply state that the marriage has irretrievably broken down.


There are three key elements to the changes which divorcing couples should be aware of, including:
Lack of blame being associated with either of the divorcing people, so the process starts off on a more positive foot
The process cannot be disputed. Whereas one person could previously defend the divorce, that now cannot happen
The terminology has changed to become softer and more user-friendly - the ‘applicant’ takes place of the ‘petitioner’; the ‘decree nisi’ is now the ‘conditional order’ and the ‘decree absolute’ is now the ‘final order’.

What will stay the same?
The sanctity of marriage continues to be upheld in the reformed Act and the two-stage divorce conditional order process remains in place. The changes do not mean that people will be able to rush through the divorce process. By its more amicable nature a no-fault divorce may go through more smoothly, but divorcing couples should still expect a minimum of:
A 20-week ‘cooling off’ period: A mandatory 20-week period between filing the divorce application and obtaining the conditional order will be in place.
A six-week period: Once a conditional order has been granted, it will be a minimum of six weeks until a final order application can be presented.

In addition, the changes do not alter the court’s ability to deal with a couple’s assets, where required, but it is anticipated that they will have a more positive impact in navigating complex discussions regarding a couple’s assets.

Says Toby, “There was no doubt that the previous law was no longer fit for purpose and did not reflect modern families and marriages. I believe the changes will allow people to move forward in a more civilised and amicable way. This much-needed change to the law will, in many cases, allow ex-partners to develop more positive relationships in the future, which is particularly important when navigating positive co-parenting when divorced. Time will tell just what impact this will have on families but, for now, it can only be a huge step in the right direction.”