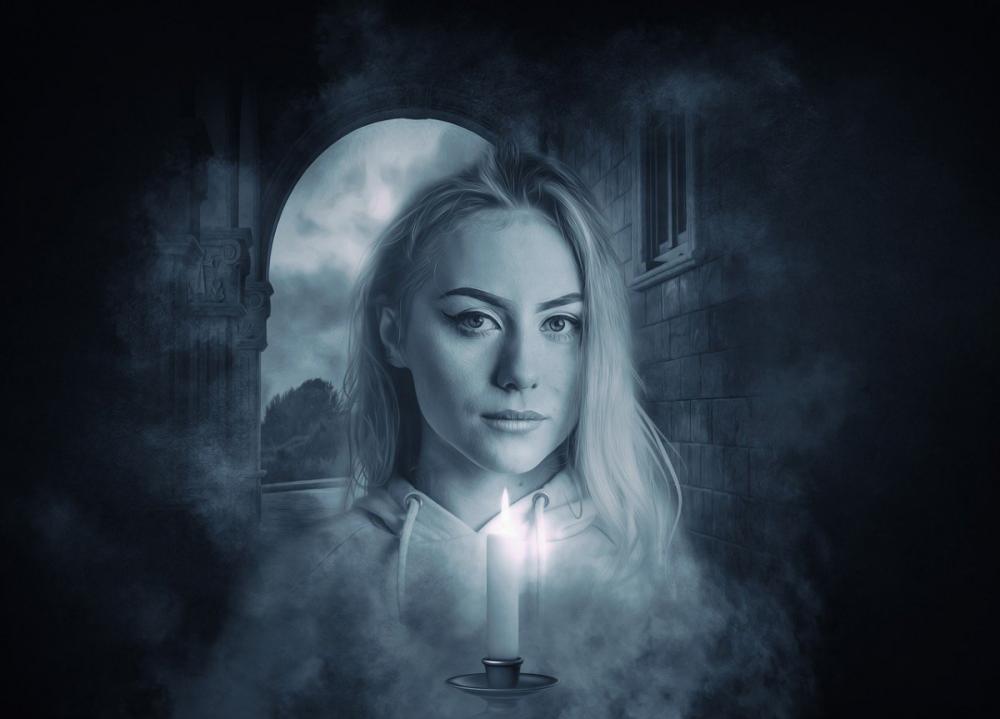 When my little girl, Janice, now three years old, had gone to bed I would sit in front of the television, not seeing or hearing anything, and sometimes I would speak out loud such questions as these.

Sylvia and I had met as students. It was a whirlwind romance. I knew from the start that I would never love anyone as I loved Sylvia. We were as one. And soon our family was complete when Janice came along. And then, after but a few brief years, Sylvia was gone. Gone not of her own will, but taken by that cruel disease of cancer. It was a fast working cancer and, luckily, she did not suffer much. But how I suffered when she was no longer here.

Then it happened. Janice was playing in the other room and I was sitting, half asleep, on the sofa. I felt a hand touch my leg. I came to, and there she was - not Janice, but Sylvia. It was real. It was her. I took her into my embrace and we seemed almost to melt into one another.

Then Janice came running in. "Mummy, Mummy!" she cried. She did remember, then.

The visit was brief. Sylvia was gone within some few minutes, But she had been there. We had both seen her. She had gone back to who knows where. But she had come. Now I knew for a certainty that she was not lost forever. Someday we would meet again. There was life beyond death - even such a death as had come to my Sylvia.

Janice ran off, and then came back again. Her mother had gone, but still she called out "Mummy!" Yes, I told her, Mummy was there, and one day we would see her again. She had just come to say that she was well.

Janice seemed confused by this - but ran off again to play.

Later that day Janice and I went out for a walk. People we knew, people who had known Sylvia, passed by. They looked at us strangely, and then hurried on without saying anything, as though something was wrong. It happened several times, for we were well-known in the village. I didn't understand. Perhaps it was something to do with the great smile I had upon my face, so different from the pale and depressive look I had born since Sylvia's death. I didn't understand. But then, people can be strange.

We got home. Soon after there was a knock on the door. It would be my next door neighbour who, once or twice a week, made a cooked meal for the two of us. I opened the door. She stared at me, dropped the meal, and ran back to her house, uttering a low scream as she did so. I could make nothing of it.

Later that day, early evening it must have been, Janice came in from her play again. "Mummy", she said.

She paused and came to sit on my lap. "Mummy", she asked, "Where is Daddy?"