Taco Bell Arrives In Hull But Is It Love At First Bite? 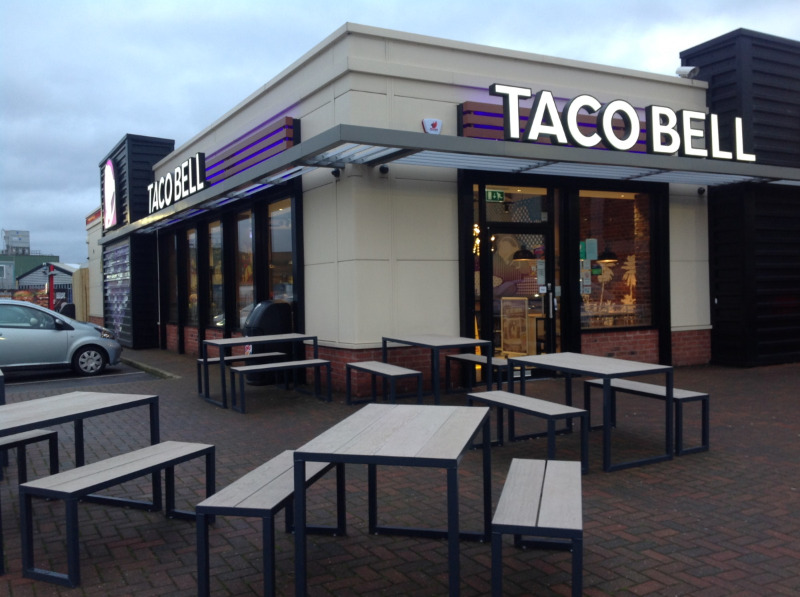 At Taco Bell they say "If you never try, you'll never know". With a slogan like that it was tempting to sample the delights of the new Taco Bell that has recently opened in Hull.

The Hull restaurant already seems to have a faithful following. Like most fast food restaurants these days you can order your meal on one of the big screens that greet you as you walk through the door. 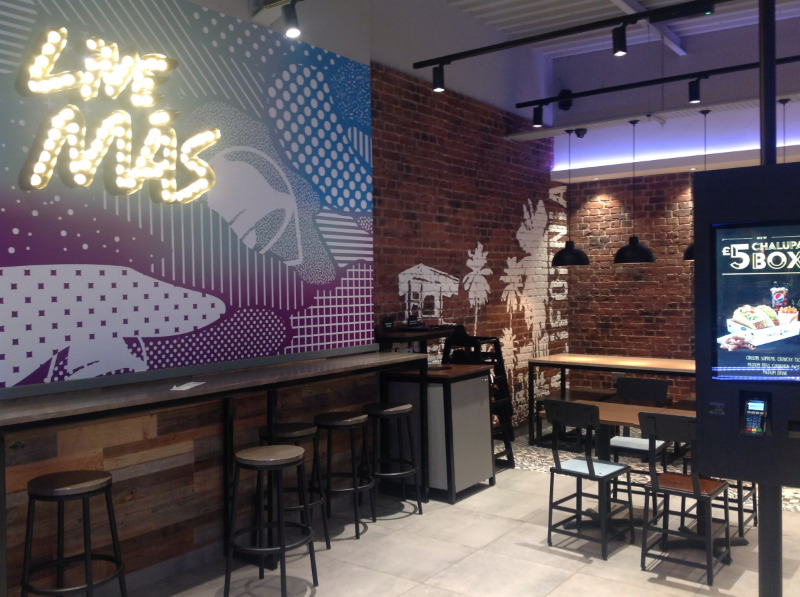 The good thing is that everything is made fresh to order. I liked the fact that they offer something different, whether it be a Crunchwrap Supreme (a toasted tortilla sandwich with crisp lettuce, diced tomatoes, warm nacho cheese and sour cream) or a Quesadilla (a tortilla sandwich of grilled chicken, three cheese blend and creamy Jalapeño sauce) or one of the tasty Burritos.

With something as hot as this (you choose how spicy you would like your meal) you will need plenty of liquid refreshment to cool you down. Thankfully there is a drinks dispenser where you help yourself and the drinks are unlimited with the price included in the cost of your meal deal.

I tried the Volcano Burito which came with fries, nicely presented and served piping hot though very spicy. The meal deal cost £7.99 which is probably more than you would pay at any of the other fast food restaurants, though with Taco Bell they do offer an alternative from others. Hotter than a Mexico summer? Probably and a lot hotter than a summer in Hull. 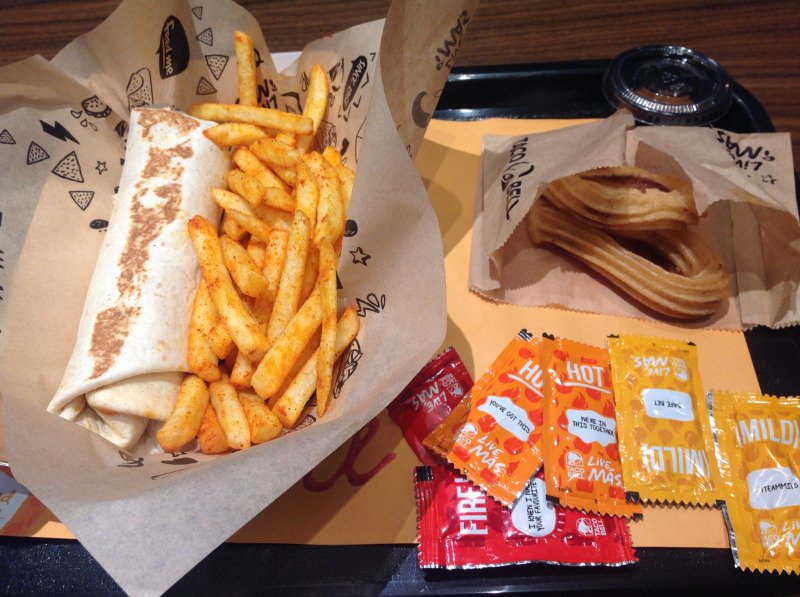 Volcano Burito
The desserts on offer only seemed to include Churros served with hot chocolate or Cinnamon Twists. I tried the Churros but as they were served to me at the same time as my main meal, they were going cold by the time I managed to eat them.

If you have never tried Taco Bell then give it a try, it's not fine dining but for a quick, hot and filling meal it was indeed Love at first bite. After all the turkey on offer this Christmas here is another flavour to savour.


Also by Graham Clark...
Paul Weller Brings Back The Style To The NorthTurtle Bay Delivers A Taste Of The Caribbean In LeedsPopworld Is Coming To LeedsThe Winner Takes It All - Bjorn Again Are Coming To York RacecourseNot An Illusion - Leee John Is Coming To Leeds