Taking A Natural Approach To Flood Management On The Road Network

Farmers and landowners across three river catchments in Yorkshire and the North West are harnessing the power of nature in a pilot scheme to better protect the major road network from flooding.

National Highways has awarded more than £420,000 to 13 Natural Flood Management projects in the first round of the project covering parts of the Little Don, River Etherow and River Irwell catchments.

It comes as the international community at the UN climate change conference COP26 on Saturday (6 November) celebrated Nature Day, devoted to ensuring the importance of nature and sustainable land use are part of global action on climate change and a clean, green recovery.

Examples include changing the way land is managed so soil can absorb more water, creating storage ponds, planting woodlands and hedgerows, as well as constructing “leaky dams” which are natural barriers that regulate the flow of surface water run off.

The fund is being delivered in partnership with the Don Catchment Rivers Trust and the Mersey Rivers Trust. Routes on the strategic road network due to benefit from the pilot measures include the M60, M62, M66, A58, A616, A628 and the B6194. 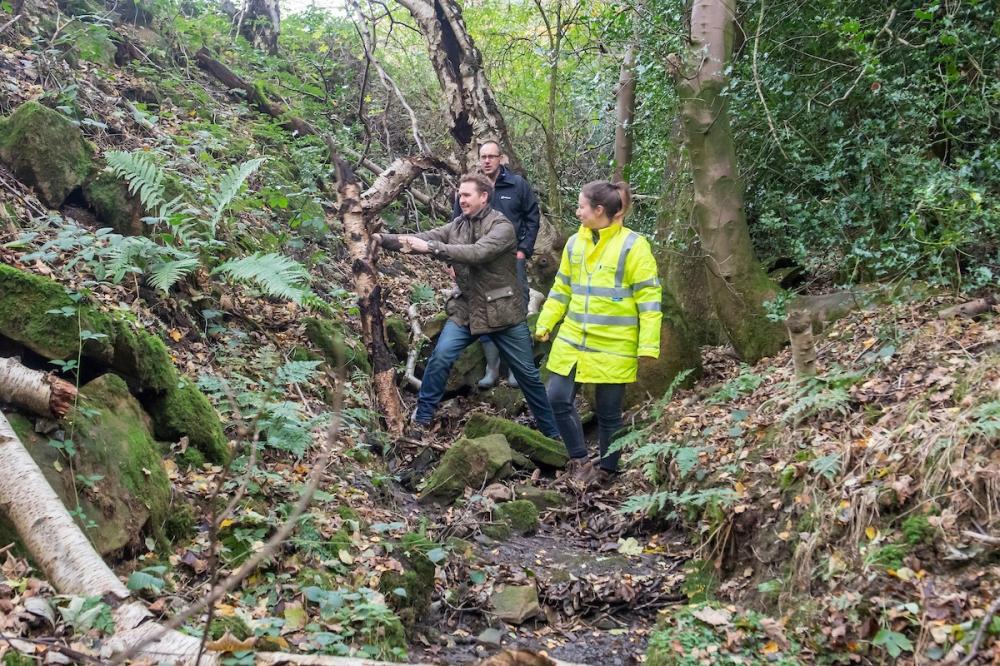 Adrian Tantrum (foreground, with Ian Morrissey, Associate Director at Atkins, and National Highways Senior Environmental Adviser Tamlyn Embley) will be installing leaky dams in the brook that runs through his ancient woodland.
He’s also going to aerate the soil to reduce compaction and allow the land to store more water as it has never been farmed intensively and has rarely been ploughed.

Finally, Mr Tantrum will be creating new woodland by planting between five and six thousand saplings, mostly native broadleaf species such as hawthorn, rowan, oak and damson. These will enable the land to store more water while at the same time providing valuable biodiversity benefits and carbon sequestration.

Mr Tantrum said: “I’ve always had a keen interest in conservation. I’ve studied zoology and used to be a gamekeeper so I know the importance of managing the land for the benefit of wildlife and the wider environment. I was already planting trees and hedgerows as shelter belts for a new riding arena I’m building so the opportunity to do more to bring greater benefits was too good to miss.

“It all tied in very nicely. I use the A616 a lot and know what it’s like when it floods because the rainwater comes off the hills so fast. Being able to implement all these measures to help alleviate that while also restoring or creating new wildlife habitat is a win-win.” 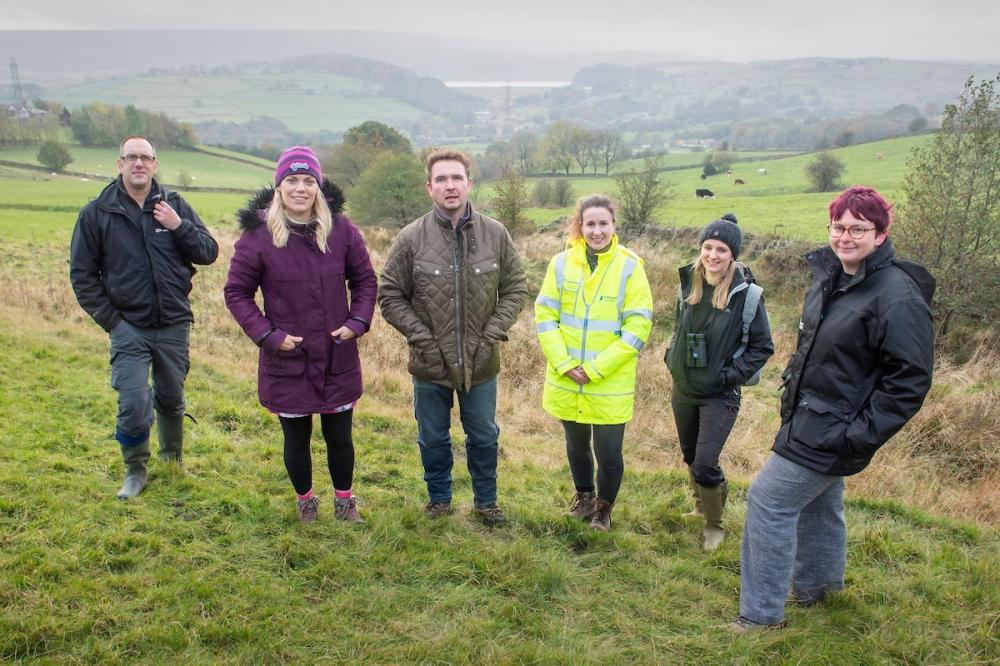 “It’s so encouraging to see a different, nature-based approach to an issue that has wide-reaching consequences on the strategic road network and local communities. This National Highways pilot has the potential to deliver real benefits, not just for public safety, but also for our environment. It will be interesting to see the results.”

Six other projects in the River Don catchment include cross-slope tree planting, hedgerow restoration, soil aeration, the creation of leaky dams and storage ponds and fencing off watercourses to prevent contamination by livestock, providing animals with water troughs instead.

In the River Irwell catchment, Bleakholt Animal Sanctuary will be installing leaky dams, planting trees and hedgerows and aerating compacted soils at its 55-acre site near Edenfield, Lancashire.


Manager Karen Weed explained: “The sanctuary is right in the valley so when it rains, it pours through our site to the properties and roads below us. Last year the water came through with such force it demolished a building further down the valley. The water makes the land so boggy that it’s just not practical to use it. We can’t turn the animals out in those fields at all.

“We heard about the National Highways project and thought it would provide a solution not just for us but the wider community.

“We’re going to aerate the compacted soil and plant thousands of hawthorn saplings to create hedgerows in at least ten fields. They will be a real win win as not only will they slow the flow of water they’ll also encourage more wildlife. We’re building storage ponds, installing leaky barriers and planting willow which with the hawthorn will be a good food source for our goats.

“I think that’s why we found the scheme so attractive. Everything we do will bring multiple advantages. I think if we hadn’t have heard of the project we wouldn’t have known how else to solve the problem so it’s been really good to bring about meaningful change. We can’t wait to get started.”

Elsewhere in the M66 corridor, landowners are planting new trees and hedgerows, setting grazing land aside to allow longer winter vegetation cover, which reduces run off, and installing leaky dams to hold back water during flood events.

Dr Ed Shaw, Managing Director of the Don Catchment Rivers Trust, said: "We’ve been really delighted by the landowner interest and enthusiasm. The scale of the NFM is also quite exciting, being bigger than anything we’ve been involved in previously. If the project proves a success and NFM is adopted by National Highways as part of their toolkit for dealing with flooding then it will be a really positive step forward for society and the environment."

Mike Duddy, Senior Project Manager at the Mersey Rivers Trust said: “This is such a brilliant project with multiple benefits. Road users and local communities will see a reduction in the amount of flooding or standing water while the measures being introduced will also provide a boost for local wildlife, giving a wide range of species improved or new habitats in which to flourish. We are delighted to be part of it and look forward to seeing future bids.”
A second round of bidding to increase the number of schemes in the pilot will open later this month when just under £250,000 will be available. Find out more at www.highwaysengland.naturebid.org.uk/

The cash has come from National Highways’ Designated Funds programme. It manages four designated funds, allocated by the Government, to deliver benefits above and beyond building, maintaining and operating England’s strategic roads.

From protecting the environment and enhancing the landscape around roads, to improving safety, reducing congestion, and supporting communities, the aim is to make a positive difference to people’s lives.