When the 25-year old Snuggy founders, Jack Griffiths and Joel Pierre from Teesside, sold sweets to their friends on the school playground, they could never have predicted the entrepreneurial path they were embarking upon.

Fast-forward 15 years and the pair launched Snuggy, a luxury loungewear company, which is set to turnover more than £10m in its first five years.

Their biggest seller is their signature oversized Snuggy hoodie - perfect for a winter in lockdown.

“We noticed a growing market trend in loungewear and realised it was something we needed to be a part of, and we thought there was a gap in the market for something new like the Snuggy.

“We went for it and within our first three months we’d sold 5,000 items.

“Since then it’s just grown and grown, we turned over more than £1 million in the first 12 months!” Jack Griffiths.

But despite only being in their 20s, Jack and Joel aren’t new to running businesses, from selling hot tubs and car fragrances to selling various items on Amazon and eBay.


Jack and Joel on the way to Magaluf aged 18
“When we were 18 we went on our first lads holiday to Magaluf,” Jack added. “While everyone else was partying and drinking, Joel and I started working selling tickets to boat parties.

“We were just obsessed with making money and would work all day every day - we ended up staying out there for the whole season.

“We were only 18, fresh out of college yet running teams of people - all who were older than us. It was surreal looking back.”

And the following year the pair set up their own savvy online ticket selling business - targeting people on social media to buy tickets for boat parties before they had even set off on holiday.

“After our second year in Magaluf, Joel decided to set up his own boat party and he stayed out there for a few years.” 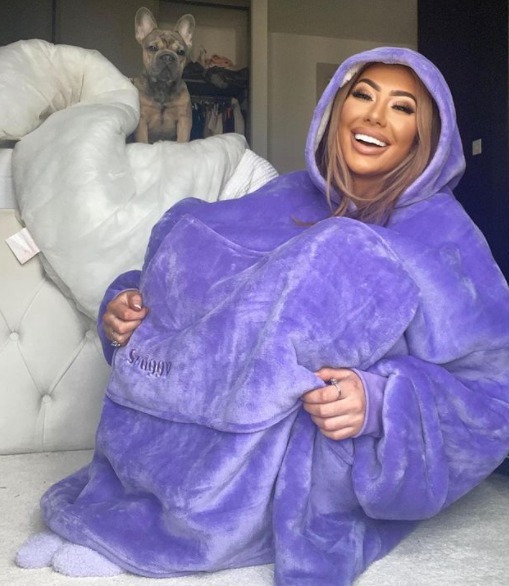 But since returning to UK soil, both men have launched and grown several companies before settling with Snuggy.

“We’re both really passionate about the Snuggy brand and products,” said Joel. “We know it has real potential to be a big business.

“At the moment it’s just us two and my dad but we’re looking to grow the team and operations this year.

“We moved into our new warehouse a few months ago which is more than 10 times the size of our old unit so that’s been a huge step for us.

“We’re working flat out all day every day to keep up with demand and it’s not sustainable, we will need to expand soon and take on staff.”

The firm is also looking to sell overseas in 2021, with countries like Canada firmly in their sights.

“We want to go global but we’re taking it one country at a time,” Joel added. “Watch this space!”


Also by Andrew Palmer...
Government Urged To “Give People In Villages The Same Opportunity As Those Living In Bigger Towns And Cities”Sunak Gulps Sturgeon Flounders"We Must Remain On The Side Of The Motorist." Chris GraylingSheffield MPs Call On Grant Shapps Not To Scrap Rail Link Plans To Manchester AirportLabour’s Shadow Chancellor Anneliese Dodds - "This Crisis Is A Wake Up Call For The Chancellor"