"The Ambassador of British Blues" At The Brontė Blues Club 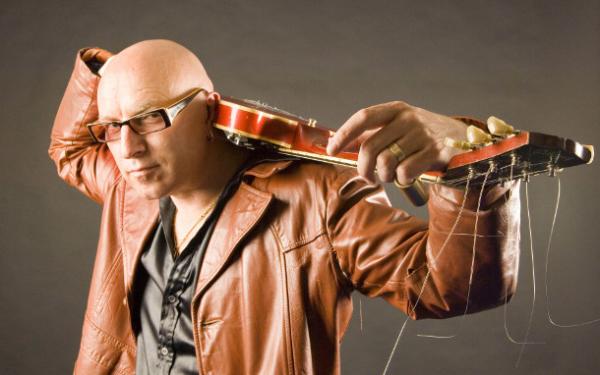 Eddie Martin
World renowned blues guitar player Eddie Martin has been described as by no less an authority than Guitarist magazine as "Phenomenal...the stuff of legend".

The Times calls him "easily the best guitarist the UK has produced since Clapton..." and, if confirmation is needed, Blues In Britain describes Eddie Martin as "a UK Blues Treasure".

The good news for Yorkshire Blues fans is that Eddie Martin and his excellent band are playing at The Brontė Blues Club, Laycock, BD22 0PH on Friday May 10th at 7:30pm.

With 12 rave-reviewed CD releases and constant globe-trotting since turning professional in 1995, London-born Martin has been called "The Ambassador of British Blues". As adept on acoustic instruments as electric, and as a soloist or band leader, he ranks amongst the most successfully versatile bluesmen in the world.

Nominated best UK Blues Guitarist, Best Harmonica Player, Best Band, Best Acoustic Artist and Best Blues CD release many times, his songs have made it onto TV and film soundtracks and to the song stable of Alligator Records. He has been broadcast live on international radio and TV with 3 sessions for BBC Radio 2, including at the famous Maida Vale Studios.

The Brontė Blues Club itself is a bit a of a hidden treasure. This small gathering of the dies-hard blues fans of West Yorkshire is held in an inverted Tardis of a village hall - it always looks bigger on the outside - in the diminutive Yorkshire village of Laycock and yet manages to attract a steady stream of world-class blues artists.

Performances by the likes of Mojo Buford, Michael Roach & Johnny Mars, The Revolutionaires, Kyla and Victor Brox, Kent Duchaine or Sherman Robertson are the meat and veg of the Brontė Blues. And don't be fooled into thinking that this small venue is a knock-off copy of the genre; for disciples of the blues, this hidden gem is the real deal.

As Alfred Hickling of the Guardian said of the Brontė Blues Club:
"...I went to 'Ground Zero of the Blues' in Clarkesdale, Mississippi and I thought I was back in Laycock..."