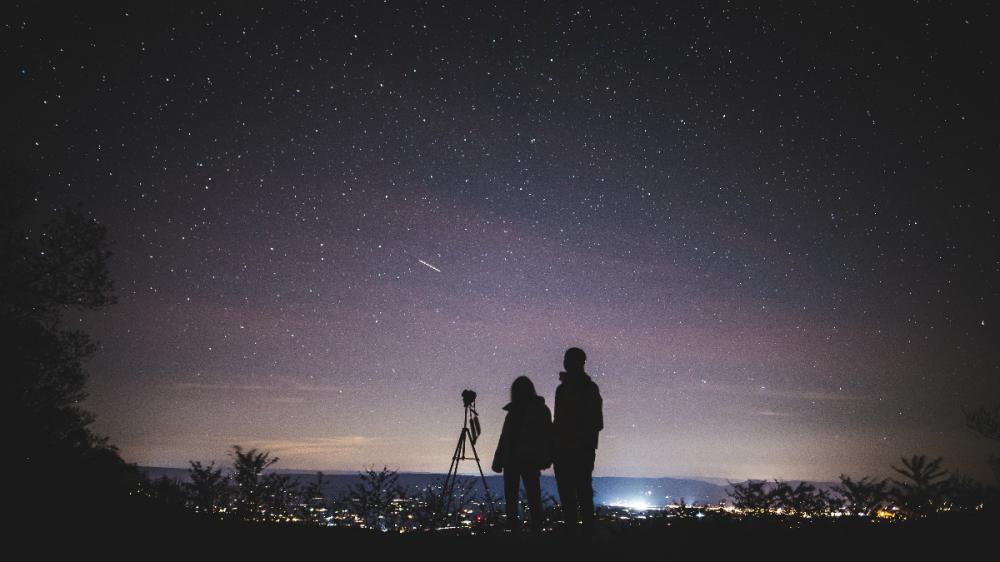 Stargazing is a sure-fire way to feel closer to nature, as well as the people you choose to share the experience with.

The hope that a shooting star might pass, or capturing a glimpse at the breathtaking northern lights, or seeing who can spot the biggest constellation is a great way to help inner-city dwellers relieve the stress of city life and find your inner peace.

To celebrate International Dark Sky Week, which runs from 22nd April to the 30th, Essential Living have scoured the country in search of the best dark sky spots for that perfect stargazing trip.

For each stargazing spot to qualify as one of the UK’s best and most scenic dark sky trips, each viewpoint was ranked against ten important factors, for a score out of ten for each factor -all to determine the most perfect stargazing trip in the UK:


Vantage Point: The highest hills and peaks around the UK to help you get closer to the stars.
Airbnb’s:The number of Airbnbs in the area, perfect for your scenic staycation.
Accessibility: How easy is it to access each stargazing spot via public transport?
Google Ratings: How well-rated are the stargazing spots online?
Location Tags: Which spots have the highest location geo-tags on Instagram?
Sunset: Which beautiful UK sunset has been tagged the most on Instagram?
Beautiful Sky: Which of these UK dark sky spots have been tagged the most on Instagram?
Clear Sky:The volume of light pollution in the area to determine the clearest skies.
Weather quality: The volume of rainfall in each area to assure your stargazing experience is not ruined by bad weather.
Stargazing Spots: How many observatories, discovery sites and vantage points surround the area?

Crowned number 1 is Dartmoor National Park, which tops the list of best UK stargazing trips. According to figures from Essential Living, Devon’s nature reserve boasts over 140k Instagram captures, and is one of the most accessible in the UK, with 283 Airbnbs in the area, plus the nearest train station is only 4.5 miles away.

The race to be the next best UK dark sky spot is Lake District National Park. The Cumbria-based dark sky spot is blessed with some of the clearest skies in the country, with a Bortle Class light pollution score of three out of nine.

The Scottish Highlands are a fantastic place to view the natural wonders of the night sky, so it’s no surprise that third place goes to Moray, with it’s dark sky spot’s most magnificent features including great quality of weather, with an average rainfall of just 63.4cm per year. In 2018, Moray became Scotland's second official International Dark Sky Park.

Views of the Milky Way from this region are fabulous on dark nights as this stargazing spot has excellent visibility to the northern, eastern and southern horizons under its luminous skies.

Don’t take our word for it - the location has a huge 90k Instagram posts capturing the moment. With it’s natural beauty in the rolling farmland, hills, valleys and woodlands, the spot contains minimal light pollution due to its remoteness away from the bright light of the inner cities.

Look onto the Milky Way in this park as it is the perfect spot for gazing with wonder at the star-filled skies, and you may even get a peak at the northern lights. On a clear night, you can see millions of twinkling stars, the Milky Way and even the Andromeda Galaxy (which is a massive 2.5 million light years away) with the naked eye.

With minimal light pollution away from the larger towns and cities it is possible to find the darkest of skies where the stars will both dazzle and enthral you. With over 300 Airbnbs and the nearest train station only 3.2 miles away, this is sure to be a perfect stargazing trip.

Taking a stargazing trip to Exmoor National Park will truly reward you with stellar views of the cosmos. The night sky is filled with more stars than you would ever see from the city. The glow of the Milky Way is easily spotted on dark moonless nights.

A number of Airbnbs across the region are Dark Sky Friendly and several Dark Sky Discovery Sites offer amazing places to gaze at the stars.

New Forest National Park has swiped our 8th spot for best UK dark sky trips. Based in Hampshire, the spot boasts an amazing Google Review score with 4.8/5 and a low 76cm of rain per year. The majority of the New Forest enjoys dark skies, with the open heathland, woodland and coast between Keyhaven and Calshot.

Pembrokeshire Coast National Park was rated highly for its low Bortle Class light pollution score, a scale that measures the night sky's brightness, the astronomical observability of celestial objects and the interference caused by light pollution. Pembrokeshire also scored well for accessibility with the nearest train station just 5.8 miles away from the park.

Wales is blessed with some of the darkest skies in the UK, and that over Gower is considered one of the best for a night of stargazing. The remote beach and rural parks are void of modern intrusions that can hinder would-be astronomers, and on a clear night you can marvel at the heavens whilst listening to waves crash onto the coast in the far distance.