The Bog Togher And The Byerley Turk: Ireland's Forgotten Past By Turtle Bunbury 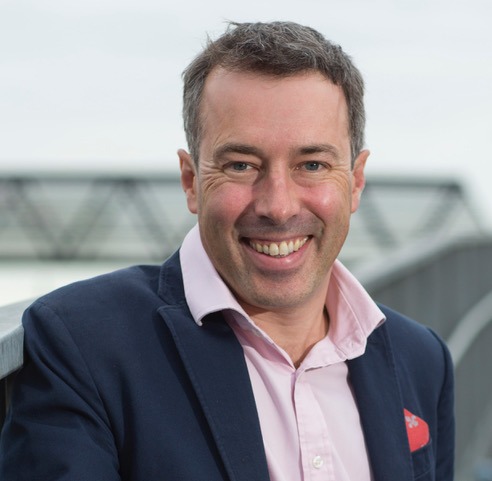 Turtle Bunbury
Acclaimed broadcaster, writer and journalist Turtle Bunbury has pulled off a feat of exquisite skill - the upholding of a mandate to edify entertainingly without overwhelming his audience in scholarly aridity. Ireland’s Forgotten Past is a rare and cherishable thing: combining assiduous research with a nose for ribald fun, Bunbury disinters the odd, the arcane and the profoundly surprising from the dark recesses of a mostly unknown history.

His purview is panoramic: beginning with the tectonic continental shifts of distant geological time, Bunbury adds accretion to learned accretion, introducing the first human inhabitations, and welcoming the Neolithic age through the migration of its human embodiments from – judging by the verisimilitude of Dolmen and standing stones in the respective landscapes - Northern Spain or Brittany.

Bunbury’s tour through time is breathless but never less than engaging. He leads the curious reader down alleyways of enquiry which shed genuine light; we begin to sense continuity in the detail, the shaping of the human landscape by succeeding generations over millennia, and the weaving of a cultural identity from disparate, often unpromising, threads. The mixing and matching of racial characteristics from all over Europe and the Middle East, the thriving trade lanes, and the frequent, and frequently hostile, English incursions are the building blocks upon which the far from homogeneous modern Ireland is constructed. And it is to this writer’s credit that the island’s ‘forgotten past’ is qualified in the book’s subtitle: that some of that past is ‘disremembered’ suggests that the overlooking has been deliberate. At least one subtext, for example, of the constant sackings of Ireland’s east coast over many centuries has been the displacement of large numbers of people, frequently into slavery, as when large-scale Viking raids denuded the coast of its populations twelve and thirteen centuries ago.

Not that Ireland’s essentially heterogeneous provenance ever got in the way of an urgent, somewhat flattering compulsion, in certain quarters, to imitate local culture. Bunbury, whose own origins are expatriate English/Scots baronial, is quick to recall the words of the seventeenth-century historian, John Lynch, who remarked on the tendency of early Norman and English settlers to adopt the manners and customs of their grudging hosts to a chameleon-like degree. It is ironic in the extreme that his Latin expression - Hiberniores, Hibernis ipsis (‘more Irish than the Irish themselves’) – still holds water, not least in the New York diaspora on St Patrick’s Day. 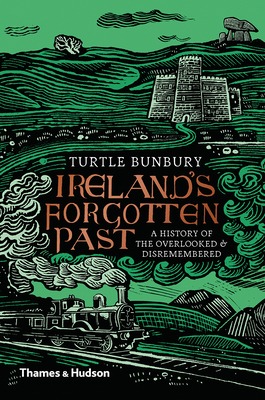 There is real, often subtextual, wit in Bunbury’s lively examination. His remarkable facility for trawling revealing detail from historical backwaters yields an opportunity for the satirical undoing of religious hypocrisy. The diminishing hegemony of the Knights Templar in Medieval Ireland is illustrated in the words of one Hugo de Lummour who stooped low when recounting a visit to the Templar preceptory at Clontarf, wherein he apparently witnessed one Knight, William de Warecome, ‘bend his head at the elevation of the sacrament , not caring to look at the host’. ‘Nobody’, Bunbury notes, ‘could construe this as evidence that the spirit of Beelzebub had taken root’.

Elsewhere, an acute description of the Battle of the Boyne of 1690 is rendered through the depiction of one of its protagonists, and his white charger. Colonel Robert Byerley and his horse, Turk, were in the vanguard of 'King Billy’s' victories, but it is a lesser known fact that Turk’s estimable speed and proportion were the genetic propensities upon which many generations of racing champions were subsequently founded: his ‘line’ includes such modern luminaries as Galileo, Masar and Frankel amongst many others.


Also by Steve Whitaker...
Poem Of The Week: 'The Latest Decalogue' By Arthur Hugh Clough (1819-1861)The Collapse Of Politics: Late Capitalist Fascism - Mikkel Bolt RasmussenPoem Of The Week: 'The Drum' By John Scott Of Amwell (1731-1783)A Dream Of String Vests: Ian Duhig – New And Selected PoemsIf Paradise... Andy Fairweather Low & The Low Riders At Settle
Bunbury’s great skill is to illuminate the past through the picaresque activities of significant contemporary individuals. The approach is profoundly effective. The apparently humourless figure of the English protestant, Joshua Dawson, who went on to be Ireland’s de facto ruler in the early eighteenth century, became the scourge of Catholicism with a series of brutal internecine purges facilitated by an elaborate spy-ring. Whilst the nether end of the moral telescope reveals the louche Richard Parsons, 1st Earl of Rosse, whose stewardship of the ‘Hell-Fire Club’ in Dublin in roughly 1737 is a paean to decadence and indolent excess:

Dawson’s own excesses, and the vehement anti-catholicism of Rosse’s young bucks – setting fire to church thatches, murder – give notice of the wider political landscape of the time, whose resonances continue to shadow our time like a cancerous long.

It is a testament, in fact, to Turtle Bunbury’s insight that a bigger picture is vouchsafed throughout this diverting volume. A sense is yielded, both in the easy eloquence of his prose, and in the fine accompanying illustrations, of an ad hoc building process enlivened at every stage by the strange carnival of social and cultural evolution.


Ireland’s Forgotten Past: A History of the Overlooked & Disremembered is published by Thames & Hudson