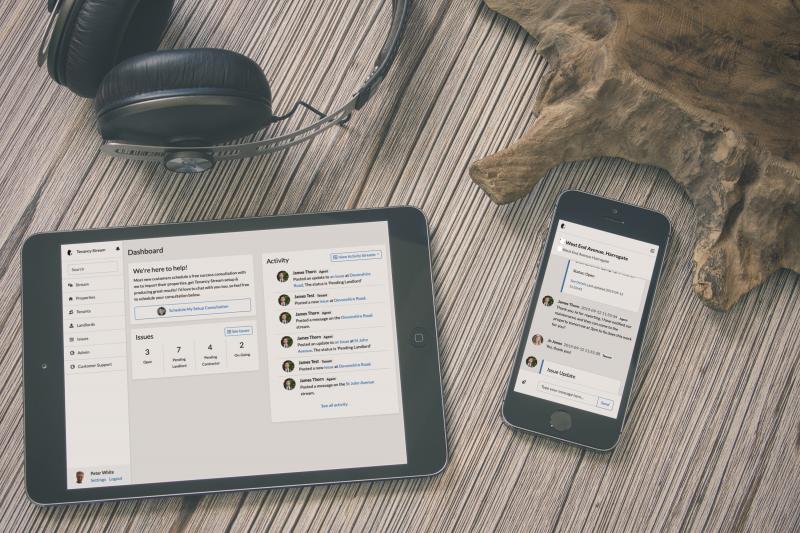 It’s the day after the UCI World Cycling Championships and Harrogate is wet and getting back to normal.

It all seems a bit flat as I head to the Harrogate Club to meet up with young entrepreneur James Thorn. It’s not stopped raining since I set off and the paths are flooded but nothing can dampen James Thorn’s enthusiasm.

He shows me around the Club and we eventually settle down in one of the rooms on the upper floor.

Mr Thorn, who hails from Harrogate, started Tenancy Stream with one goal, to make property management more efficient and make the whole process better for everyone involved through the use of the management software for estate agents.

The brand-new platform will help estate agents and landlords to manage their properties, using a very simple communication dashboard, allowing the agent to keep all parties in the loop at all times whilst automating management tasks. 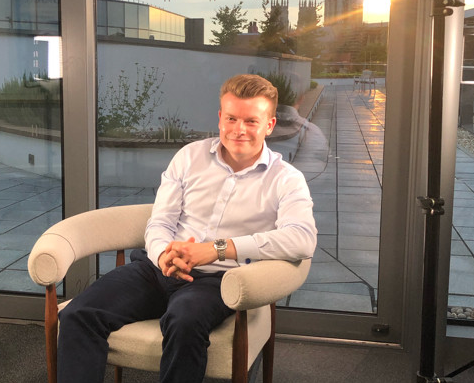 James Thorn
After Graduating from York St John University in 2013, Mr Thorn went down to London to work for listed estate agency Foxtons. However, the lure of the north called and after nearly 3 years he returned to Harrogate opting to work at Hunters Property Group.

“It was at this time I thought that the way the profession does process, and the way enquiries are dealt with, especially on both the letting and property management side, could be improved,” he said.

“In many ways everything that is done is almost inefficient and anytime a complaint is made, it is mainly due to a lack of communication. There’s no efficiency nor accountability and the worst thing, when an issue is reported, is you never hear back. When a client then calls up and speaks to someone else, they don’t know what is going on.”

I think back to how many times friends, family and colleagues have found the process frustrating. Such and such left a message and we are waiting for a call back or a report that access could not be gained on that day, so a new appointment is needed for tomorrow.

That is when Mr Thorn came up with the solution. “A couple of years ago I got offered a scholarship to go back to York St John to do my masters. I thought I would give it a go for a year and got involved in the entrepreneurial programme. I sat down with my appointed mentor and started to set out my vision. The response was amazing. I was able to say this is the problem with estate agents and this is how it can be resolved. I had some drawings and a rough idea of how a platform should work, a chart flow for the automation. My mentor asked if I had I spoken to anyone about the idea and it grew from there.”

Mr Thorn was then asked by his mentor to validate the problem so he set about talking to 20 estate agents, 20 landlords and 20 tenants in London.
“I went down for a few days and walked into estate agents’ offices and said ‘I am doing a university project,’ completely true, ‘can I ask you a few questions?’ I then used the questions I had put together with my mentor.
“Essentially they were pains and gain: How do you manage properties at the moment? What are the problems you are experiencing? Very open questions. And before I knew it - the same trends started emerging.

“Each person I interviewed, reflected the same trend cycle. I remember one landlord; I was given her details and phoned her. She has three properties in London managed by a reputable estate agent. I said to her ‘How are you finding the process with the agent?’

“That was it, she started telling me all that was wrong over a 40-minute call. I returned to York and started putting together ideas for a platform.

“I built everything that I had heard into the software, ensuring all legislation was met and that the property is looked after and maintained to the highest standard. I wanted the platform to offer the highest level of customer service to tenants and landlords.


Peter White (l) and James Thorn
“I thought I want to do this full time when I leave university. Then my friend Peter White, an IT guy I was at university with, who worked on a number of projects for a large company, told me the company had sold out and asked me what I was working on. I told him about the concept, presented the research and he offered to work with me”

They started building the platform. They weren’t necessarily looking for investment. “I thought I want to do a customer-led approach because you look at so many tech companies, and read headline after headline after headline that they have raised £20m or £30m or they have raised x amount on a £3m valuation or a £bn. Quite often you look at them and they are not producing any revenue or income.

“There are platforms out there and big stories around them but when you look at the websites, it reveals they haven’t got a product, yet they’re flooding money into a room of developers building something without asking ‘does the user actually want this? That is why, from the moment we started building, we engaged a good selection of agents to pilot it and who we have gone to at every stage to ask them ‘what do you think of this or would you use that?’

“The responses are either: ’’Yes perfect let’s go for that’ or ‘no we would prefer it to be like this.’ That’s the way I wanted to do it. Then after a few pitches and conversations, I got an offer of investment. And that was the green light.

“If we have agents using it then we can get sales to fund more development and marketing. I wanted to do it differently from other tech companies and the investment has meant we can speed everything up but I do not want to get carried away, because some of these companies don’t get anywhere.
That is where we are at the moment.”

Also by Andrew Palmer...
It’s Not Too Late To Reverse Biodiversity Decline By 2030, UK’s Five Leading Nature Bodies SayPeston Puts The Thrill Into Thriller - Book Review The Whistleblower Robert Peston14 Million Say Pensions Make Them Feel Confused Or OverwhelmedONS Data Reveal Firms Facing Acute Hiring Crisis And Skills MismatchOne Year On From Start Of Construction, HS2 Celebrates Hitting 20,000 Jobs Landmark
It has taken James nine months to get to this stage and his aim is to have 10000 properties on the platform by the end of the year. He is speaking at York Business Week, in November, and wants to get over the line with further investment to start building a sales team at Christmas.

He has a sound business head on though. His aspirations are to become national and he is on the verge of international, looking at the Dubai property market but understands that he must not carried away and ensure the market is right. 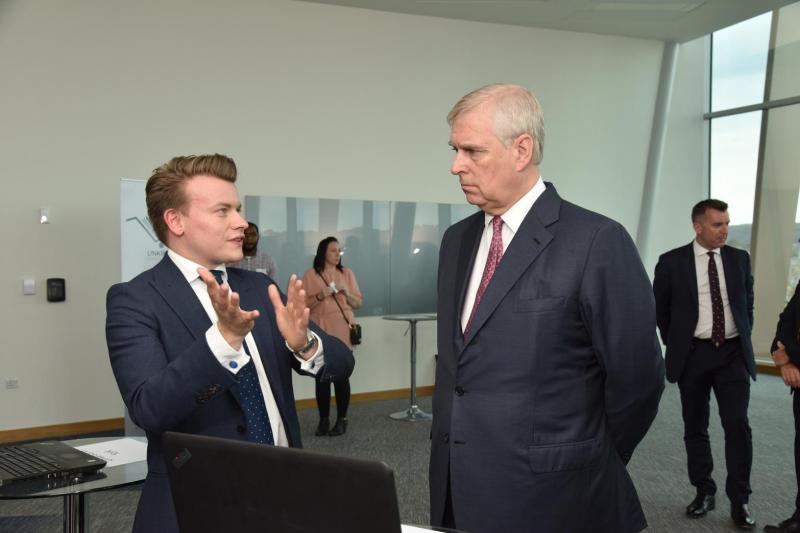