Celebrating Thomas Crapper: The Downham Basin
I hate to dispel the myth but it’s no more than a popular fallacy that Thomas Crapper invented the flushing loo.

Instead, thanks to a fascinating conversation with Paul Dwyer, Managing Director at Thomas Crapper, I can enlighten you more about an interesting Victorian engineer.

I arrive at the Thomas Crapper HQ in converted mills, nestled close to the River Colne in Huddersfield, after quite a long drive and a few cups of coffee, on what transpires to be an important day; Company Chairman, Maurice Mosley, is 90 years young and still going strong.

I am shown into the board room by Mr Dwyer who enthusiastically starts to recite the fascinating history behind the well-known brand.

“Thomas Crapper was a plumbing apprentice working in London for his brother George. He quickly rose through his indenture to became a fully-fledged plumber in his own right, setting up the business that I run today.

“Thomas’s interest at the time was more around underground drainage with a leaning towards public health and hygiene; I think we can all imagine the problems at the time especially with a back leakage of methane.

“Some of his first patents and innovations were around underground drainage pieces and disconnecting traps, and some of the basic designs for those are still used today.”

“He gained some fame, when he was invited to and won the tender for, all the plumbing overground and underground for Sandringham Palace as it was built originally, earning the company the first of its four royal warrants.”

“Obviously, because he was brought to the attention of the royal family, his fame grew very quickly as the company became one of the biggest brands and major suppliers of plumbing ware at the turn of the previous century, around the late 1800s and into the early 1900s” 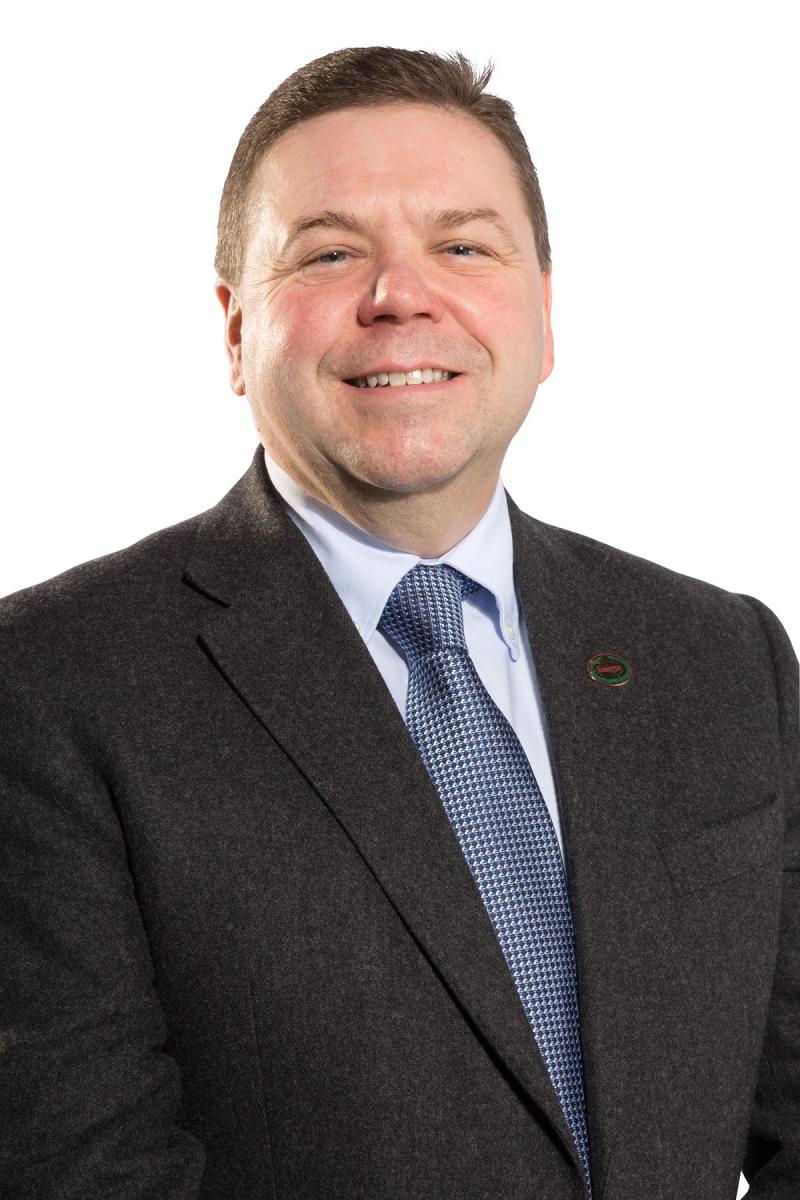 Paul Dwyer
Mr Dwyer points out there are two things for which we can thank Thomas Crapper. He invented the ubiquitous ballcock valve, used today in every home, although not in cistern flushing toilets anymore, due to a change in the law in 1999, but mainly these days used in cold water tanks and farming tanks as overflows.

The other nugget of information I learn is Thomas Crapper was ahead of the game and would be described as being ‘on-trend’ in today’s savvy media world. He invented the concept of the bathroom showroom. According to Mr Dwyer there were no bathroom showrooms before Thomas Crapper opened one in front of the Marlborough Works in 1870.

This is where Paul Dwyer picks up the story to explain how that philosophy has helped form his approach for the 21st century promotion of the Thomas Crapper brand.

“We are almost going full circle. Part of the strategy I have built for the growth of the present business, is that we engage with independent bathroom showrooms, high-end boutiques and style showrooms, offering a degree of exclusivity in their geographical area and then work with them in partnership - that is almost that full circle.”

“It is almost against the grain. We have a website that trades at full retail but we are trying to encourage our consumers to buy from our retail partners. We want to offer a better service around the customer experience.”
He passes me a wonderfully produced sales brochure and I note the copious items on sale. It is not hard to see it is a complicated product range.

When Mr Dwyer took on the business 3.5 years ago in March 2016, almost two thirds of the business was direct sell to consumer, to plumber, to contractor or designer; “Uncle Tom Cobley and all could call and probably could get a direct order. Discount structures were almost non-existent and there was no control management.”


Bathroom set - Double washstand, wall-hung WC Pan and Bath
So, Mr Dwyer set out to grow Thomas Crapper as a serious and major brand in the industry and to do that through retail partners.

“In 3 years, we have turned around those figures to over 75% of sales via our retail partners.

“We sell to Mrs Smith direct and we get good margins plus a sale there. Our product is a great quality product that lasts a long time. We probably sell to Mrs Smith once in her lifetime. If though, we sell via the retailer, albeit we take a hit in margin because we give a trade discount to the retailers, and they then sell to Mrs Smith, the retailer remembers us and they have the displays and can then sell not only to Mrs Smith but Mrs Jones and so on. It has taken some time to grow the retail base but the strategy is starting to come through. We started with 15 retailers in the whole country when we took the business on and we are now up to 75”.

This leads me to a digression as I am eager to find out how he became involved.

Hartford Holdings decided to buy the Thomas Crapper brand. Mr Dwyer knew David Mosley well and after he was sent the prospectus in 2015, was enthusiastically interested to take it further which after a year putting the deal together, he eventually took on the MD role.

Simon Kirby had bought the name in 1998, unbelievably the name had laid fallow since the 1960s, although was still registered at Companies House and
had not traded since then. Picking up the story, Mr Dwyer explains that

“Simon was an architectural salvage expert. Basically, his first and only love was going in to Victorian and Edwardian houses ripping out the bathroom, orangery, windows, whatever he could get his hands on, then refurbishing the items and selling it through the salvage market.

“He kept coming across the Crapper name, so decided to investigate it and, bizarrely, found it was owned by a South African entrepreneur, who had done nothing with it, prompting Simon to negotiate, eventually buying the name. He then started recreating absolutely original Victorian copies. Interestingly, the original patent for our cistern stock comes from an original cast iron system which gives it authenticity. We have the original ready to put in a small museum we are building next door. These are now made with aluminium.

“Simon’s belief was, if Mrs Smith came in with a tap that her great grandmother had purchased in 1901, the tap that he sold her would be a matching pair. That means for example, everyone has to have technical non return valve (a valve that normally allows the water to flow through it in only one direction), to meet modern plumbing regs.

The beauty of this is that the copies of the original Crapper brand are still used in various palaces and heritage sites across the country and in refurbishing old closets.

“Simon, who is still associated with us, recreated a small range of products such as the Marlborough range. There were 40 SKUs (Stock Keeping Unit), 15 retailers turning £650K pa it was tiny for such a large brand that’s why we decided to take on the business and grow the product range.”


David Mosley (l) Paul Dwyer (c) and Adam Mosley (r).
Picking up on the heritage element, Thomas Crapper brand proudly stands for quality, achieved through meticulous precision and attention to detail.
That is why matching up the retailer is so important. They have to understand the company ethos around quality.

“Effectively, if I sell into the retailer that is not right, our product sits there and I have tied myself to a particular area. If the retailers get it, understands the brand and the authenticity and legacy element plus it is still manufactured in the UK, they will be able sell effectively. That is important.

“I was in the high-volume high imports. It is heart-warming for me finding niche manufacturers and I recognise it can be a challenge. We stand a chance to outgrow them and have a purchasing strategy in place so we can be honourable as a family business.”
Also by Andrew Palmer...
Classical CD Review: The Classical Piano Concerto Georg BendaSaturday Essay: An Interview With Chris Wright Partner And Head Of Inflexion’s Manchester OfficeHandel Amadigi English Touring OperaClassical CD Review: Regnart - Missa Christ ist erstanden & Other WorksWeekend Interview: Discovering Your Unique Blueprint To Food Intolerance

Even more remarkable, is the quality of the customer experience; there are no reps and no agents, the directors visit all the retail customers.

There is no actual manufacturing on the Huddersfield site but Paul Dwyer has been in the industry many years, knows it inside out and so outsources to UK manufacturers. The products are made across the bathroom manufacturing heartlands, such as the Potteries, with brassware in the main, made in the West Midlands.

The waste plug and chain in the Marlborough range has 13 components, each of which is sourced separately. There are 6 factories supplying the 13 components although some double up. The company own the tooling that makes the rubber plug produced in a small rubber factory in Birmingham because there was nothing on the market that could provide the authenticity.
It is this fact that astounds me because Mr Dwyer goes on to explain just how they care about attention to detail.

“I once made a comment, during a photography session for the brochure, that the plug sits 8mm proud and that if we owned the tooling that makes the plug you would think it would fit! Unbeknown to me, Simon was in the room. He tapped me on the shoulder and said, ‘excuse me Paul it is made that way because in 40 years’ time when the rubber wears away it will still fit. We bring a degree of realism to that authenticity. That’s a true story.”

So that is the attention to detail how important is innovation. “very important”; there is a product introduction every year and by end of October new products will be introduced ready for the 2020 range. Mr Dwyer calls it the Crapper Difference. “Sometimes it is the little things that make a difference. Our attention to detail leads us to find, create and develop new products.”

Mr Dwyer tells me that Thomas Crapper released its first ever close-coupled WC, complete with a signature beer-pull lever, a Viceroy cistern cast in aluminium last year. And a lot of what is produced can be personalised for hotels or individuals.

“We are also making it more affordable too by design not by reduction in quality or by changing our manufacturing base. It will be a challenge as we grow. There is also some brand stretch. We have a licensing arrangement for soap with Julia and Richard Fikkerts based in Keighley for example.”

As I reflect on the how far the company has come in its 150-year history and am shown round by Mr Dwyer, I get ready to depart so the company can celebrate the Chairman’s wonderful innings.