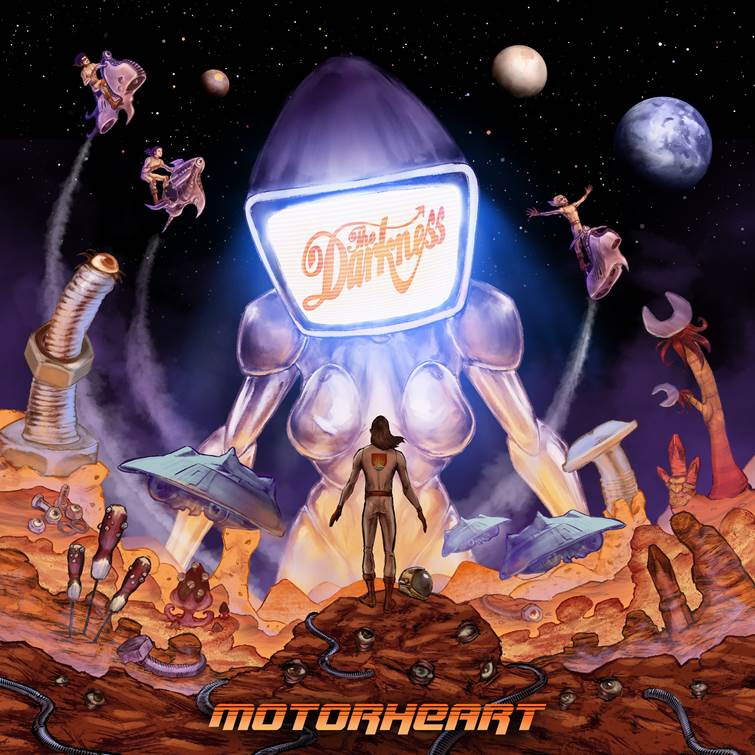 The Darkness are going to be releasing their new album Motorheart on 15th October.

To celebrate the new release the band will be heading out on a full UK tour in November and December this year with support coming from British Lion, the up close and personal side project of legendary Iron Maiden founder and bassist Steve Harris.

With a back catalogue overflowing with great rock songs and a live reputation that keeps on growing, The Darkness have established themselves as one of the most loved and important British rock bands of our time.

Their latest album, 2019’s Easter Is Cancelled, became the band’s fourth Top 10 album in the UK, whilst also topping the Official Charts Top 40 Rock Chart and the iTunes Rock Chart, alongside receiving swathes of critical praise.

As The Darkness prepare for action once more, with the release of Motorheart and its accompanying tour it seems that we will not all be looking on the dark side for much longer.