The First Few Months With Alfie... 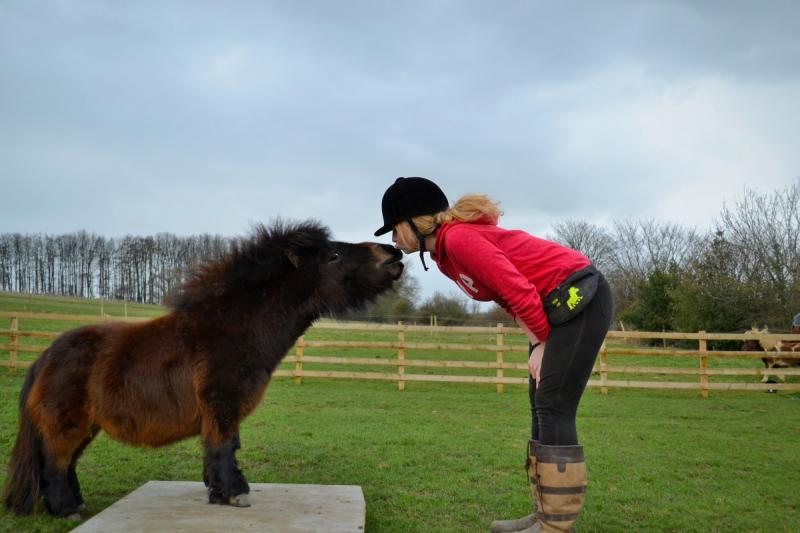 After getting Alfie on the 24th December 2013, the next few months were full of bonding with Alfie and learning about his cheeky ways. It was pretty obvious that he had settled into life and knew exactly how to get what he wanted. He often sneaks into the hay barn and getting him out is quite a challenge as he usually plants his hooves and refuses to budge. Luckily due to him being so small it's usually not hard to move him.

When I got Alfie in December 2013, he hadn't had much human contact as he was only 9 months old. Alfie was also a stallion which meant he was a little outgoing and often wanted his own way, so I had quite a battle on my hands. You can probably imagine Alfie pulling me around the yard a few times. Once I landed flat on my face and Alfie would always turn around and look at me as if to say 'what you doing down there..' I would always end up laughing as you can't resist his cheeky nature.

I looked at ways to best train Alfie. He needed a lot of training as even just to get him to walk calmly by my side was proving to be difficult. I tried various different horse methods but this just didn't seem to work as Alfie kept getting confused... it was one day when I was clicker training my German Shepherd Sasha I thought why can't I clicker train Alfie? He's just like a dog after all.

I did some research and it wasn't very common with horses, but lots of people train their dogs with the method so I decided to try and adapt it for Alfie and give it a go.

It was only a few days later when Alfie had learned to walk calmly by my side that he loved the clicker training and the thought of getting a reward every time he did something right! In fact he was going out of his way to behave and waited patiently for his treat each time, although if I ever delayed giving him his treat by just a few seconds he would always nudge my pocket as if to say 'where's my treat.'

Now just a few years later Alfie does all sorts of tricks through the clicker training method and waits each morning for his training session. He has learnt all sorts of tricks from playing football, to standing on his block, he has also learnt to pick up basket lids. One day this proved not to be so great when I had taken him for a walk and he found some walkers picnic basket and proceeded to try and eat their sandwiches! I had to apologise several times and swiftly walked Alfie out of the field and back home to his stable...