What does a Formula 1 Correspondent get up to during a free weekend between all the regular Grands Prix now the season has eventually got up and running in earnest? Of course, he takes his wife over to the beautiful Oulton Park circuit in Cheshire for a catch-up with a good friend and his wife and particularly as this friend is a not only a longtime senior medic, but also a regular amateur racing driver. We first became friends whilst appearing together on a cruise to the Monaco Grand Prix whilst undertaking our mutual little sideline as guestspeakers ashore and afloat. 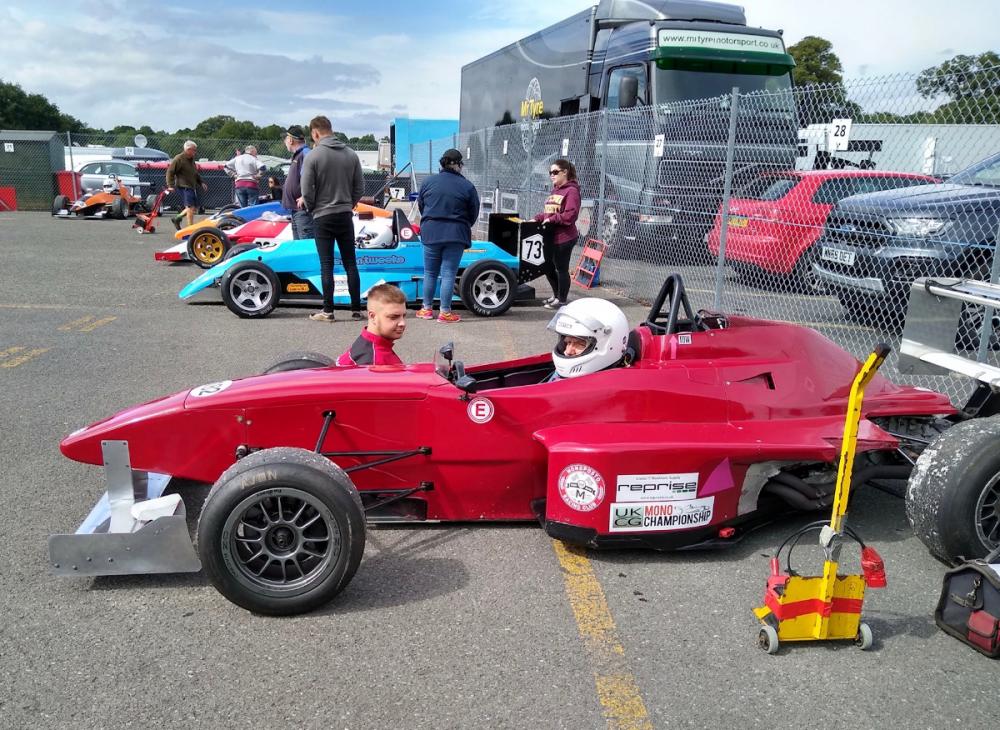 Steven Griffin getting ready to go racing
His name is Steven Griffin and since 2017 he has been the Divisional Clinical Director for the North Lincolnshire and Goole NHS Trust after returning from a three year spell in Dubai as a medical director and cardiothoracic surgeon at an American run hospital. Prior to this he worked for the NHS for over 32 years, including 26 as a cardiothoracic surgeon and 19 at consultant level. 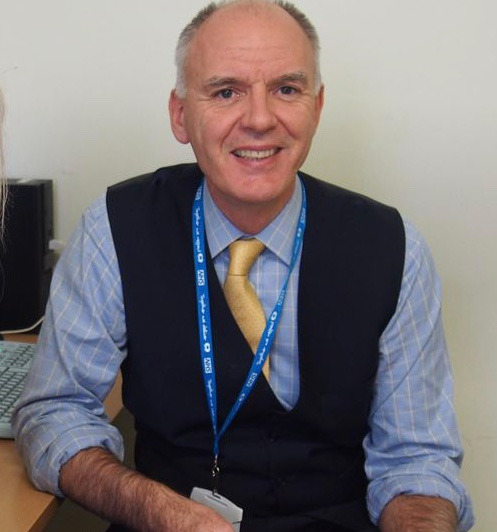 Steven in NHS Divisional Clinical Director mode
The 62 year old has, like me, long been smitten by the motorsport bug and loves to escape his significant ongoing medical responsibilities by taking to the track whenever his other commitments permit. His varied racing career began back in 1999, with saloon car competition, including Alfa Romeos, and his longtime passion these days is single seater racing. For the last ten years he has owned a Van Diemen 1800 car, which is self-maintained apart from a small technical support crew at race meetings, and he competes in a longtime high quality UK national championship called Monopostos.

Ever since 1958 the Monoposto Racing Club has allowed club racers the opportunity to race high end single seaters in a competitive environment, but where competitor safety is not left behind. There is a mutual respect within the large grids and, with numerous classes and speed differences, this is vital. 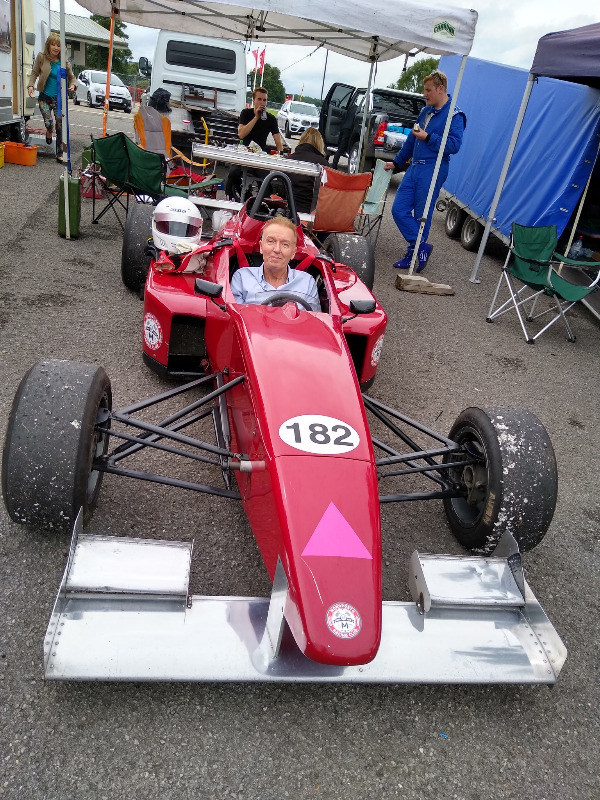 Your F1 Correspondent feeling very much at home and wishing he was about to go racing!
Steven enjoyed a pair of entertaining races at Oulton last Saturday when conditions changed between qualifying and racing and, belying his true ability, he quietly suggested “I’m just getting a second a lap slower with every year that passes.” When he encouraged me to check out his car between his ontrack commitments I felt so at home sat in the cockpit and so wished I was the one to be ontrack again shortly, even though I have long known that I am perhaps better sticking to writing than racing! 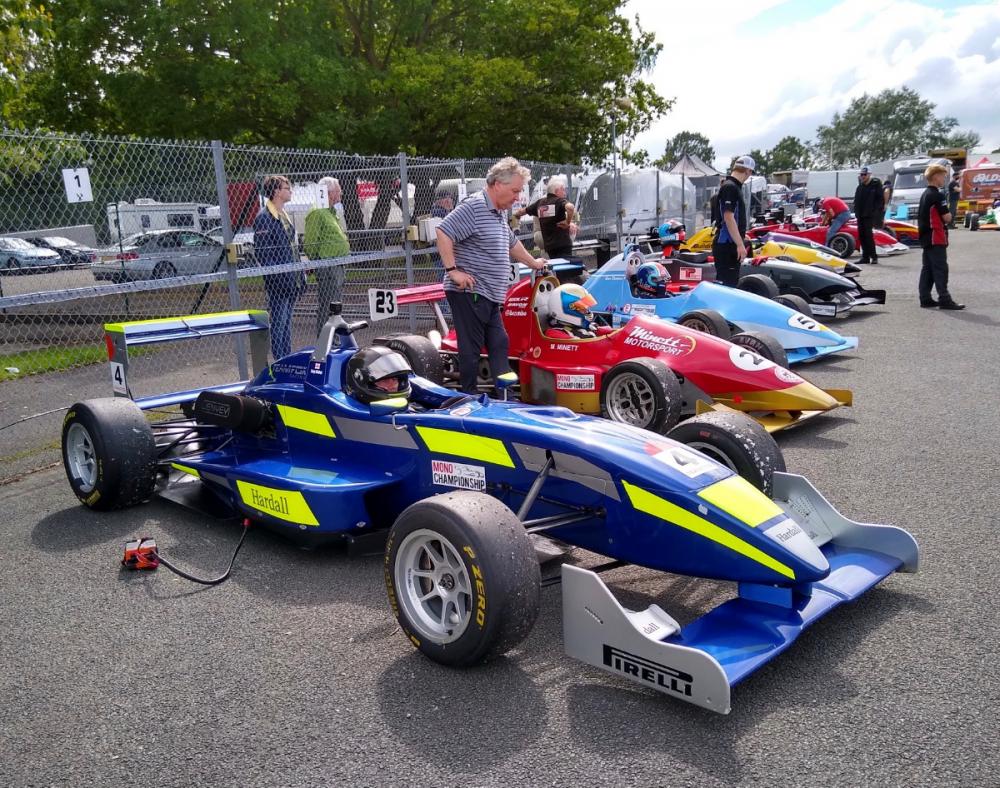 The Monoposto Championship attracts plenty of quality single seaters
Steven will next be in action in the Monoposto championship again at Silverstone on 15/16 August and on the full Grand Prix circuit, just a week after the F1 boys have competed over the very same tarmac over the next two weekends, so there should be plenty of extra grip from all the expensive rubber already laid down.