The Fosse Legend Lives On In Chicago 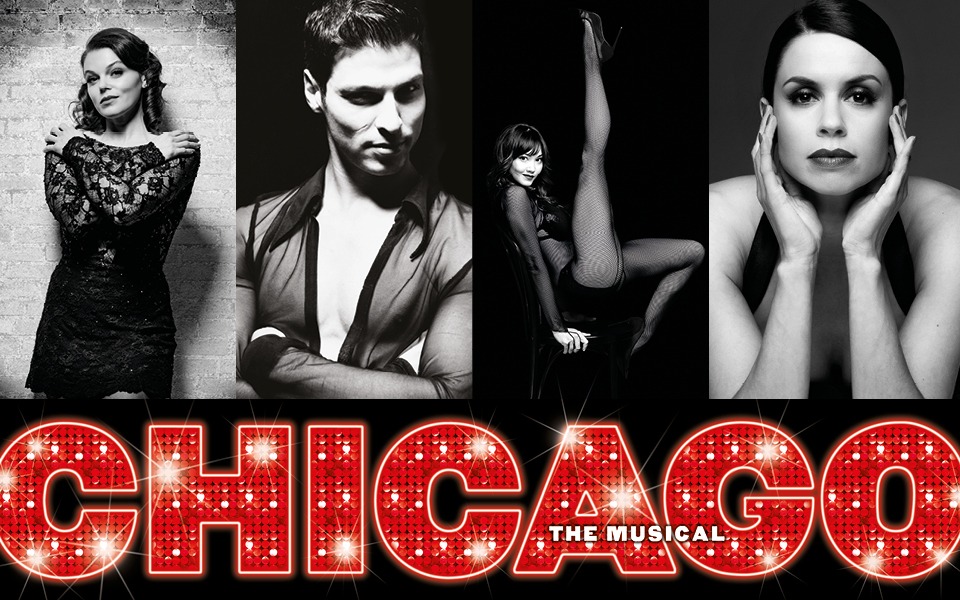 He may have died in 1987 but the wonderful legacy of Bob Fosse lives on in this stunning, almost seamless production of Kander and Ebb’s masterpiece, Chicago.

With smouldering overtures of Minnelli in Cabaret and the choreographic panache of Sweet Charity, Ann Reinking’s fancy footwork, ‘in the style of Bob Fosse’, pays homage to the man who re-defined the Broadway musical.
The brilliant Djalenga Scott as Velma Kelly
But, without the magnificent cast that gyrated its way through two hours of dubious innuendo designed to thrill the lads and tempt the ladies, this musical masterpiece and all its iconic numbers – All That Jazz, Cell Block Tango, Razz Dazzle – might have taken another course.
Faye Brookes as Roxie Hart
Faye Brookes as fame obsessed murderess, Roxie Hart, and Djalenga Scott as fellow lag, Velma Kelly – both keen to hog the publicity limelight – were magnificent anchors and, while Russell Watson as celeb lawyer Billy Flynn......was one of the big names on the cast sheet, he didn’t quite work for me: vocally, yes, visually no.

More thick set rugby player than the sophistication of someone like Richard Gere or, for that matter, Darren Day, who, for me, was better cast as the legal sleaze bag during the previous tour!

It is rare that you see a perfect musical but this one was, well almost. The dancers were outrageously talented as were the cast: Sheila ‘The Three Degrees’ Ferguson as jail warden Mama Morton and Jamie Baughan as Amos Hart, Roxie’ non-descript hubby, ‘Mister Cellophane’.
Jamie Baughan as Amos 'Mister Cellophane' Hart
Chicago is the story of 1920’s America and the Jazz Age when Prohibition was the law but alcohol still flowed in the city’s speakeasies.

It was a time when gangsters ruled supreme and the guilt or innocence of a woman could be determined by how glamorous she looked in a courtroom full of sexist, male jurors.

And this musical shines a light on the era perfectly, capturing the spirit of a Chicago that was out of control.
If you are a musical connoisseur then you would be mad to miss it but, if stockings, suspenders, high heels and sexism aren’t to your liking, you are suffering from ‘I’m offendeditis’, or you aren’t sure who or what you are, then please stay at home. Not for the faint hearted, the politically correct or those with a dicky ticker!

Chicago
Leeds Grand
Until May 14th
Also by Phil Hopkins...
Take Off For Sicily From LBANew Five-Star Hotel For Turkish RivieraSensitive, Hilarious & Emotional – Poet’s Take On DementiaUK’s Top Spots For A May Hiking HolidayWhen The Elephant In The Room Takes On Life