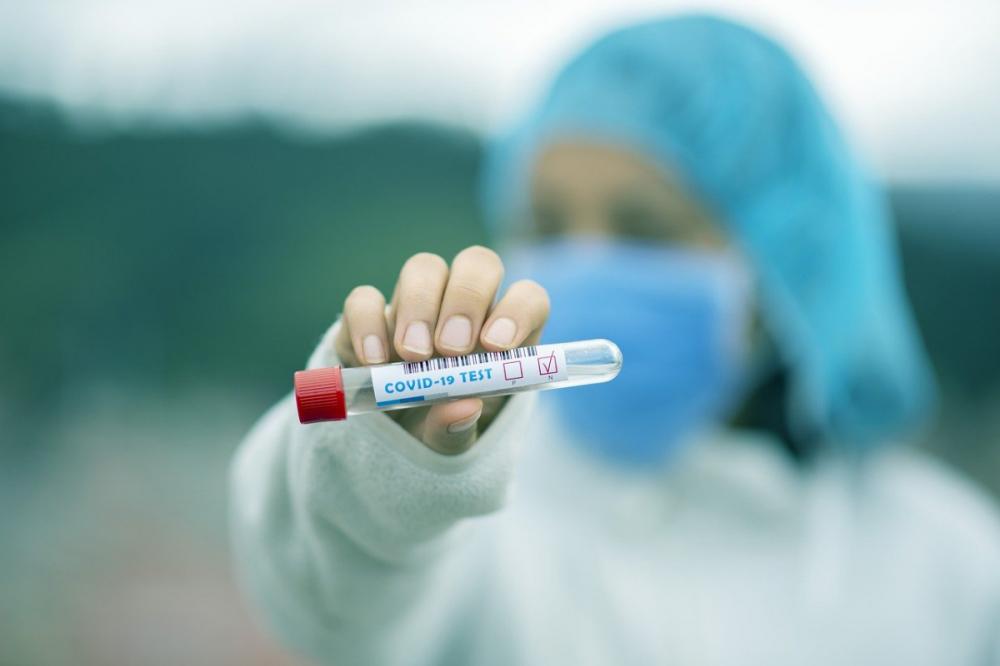 Over the past six months I’ve undertaken two tests for COVID-19: the first, in the privacy of my own home under hygienic conditions; and the second, heroically battling the elements courtesy of Serco Test & Trace.

It was raining intermittently when I arrived at the car park for my ‘walk-in’ appointment, so I was fully expecting to take the test inside some kind of portacabin construction. However, considering the UK government has spent 12 billion pounds on Serco Test & Trace, I felt more than a bit miffed to be led to one of four outdoor tables covered in leaves - so much for the instruction to ‘Unpack the kit on a clean surface’. When I asked for a mirror to get a better view of the back of my throat, I was told that the mirror had been broken; incidentally, none of the other tables had a mirror either.

I was juggling with the swab when the heavens opened and a strong gust of wind blew the labels and screw top container off the table onto the ground. Arghh! At this point in the proceedings I wouldn’t have been at all surprised to see Harry Hill and his “You’ve Been Framed!” camera crew.

My advice, for what it’s worth, is to click on the ‘drive in’ option. Although this involves the eye watering experience of a stranger in a hi-vis jacket sticking a swab high up into your delicate nasal cavity, at least you’ll be protected from the wind and rain. Result! Or maybe not..... However, against all expectations, I received my results in less than 24 hours and tested negative.

I’m sure I can’t be the only one who feels adrift on a sea of confusion when it comes to the ever changing Covid rules, and now the complexities of the new tiers system have been added to the unholy mix it’s become even more bewildering.

Fears for personal safety have played havoc with the Great British “Don’t make a fuss dear!” mentality that is such in integral part of our DNA, as our reluctance to challenge anyone who isn’t abiding by the rules is stretched to its absolute limit.

I’ve lost count of the number of times I’ve risked life and limb by dodging into the road and onto grass verges with their ‘dog based’ surprises, to create a safe two metre distance between myself and an approaching couple. But my passive aggressive tactic of exaggerating my efforts in the hope the couple will be shamed into walking in single file is always doomed to failure, as they resolutely continue walking side by side refusing to break body contact even for a second.

Recently, however, there have been signs that the worm has turned: disapproving looks have ramped up to ‘looking daggers’ and tuts are now audible rather than under the breath.

Boris Johnson has always had an unfeasible and unjustified amount of faith in the ‘world beating’, ‘common sense’ of the Great British Public - two phrases that have been doing so much heavy lifting they’re probably due a spa break. Ironically though, it’s the small details that I struggle with, such as whether or not to wear a mask on visiting the toilet mid-coffee shop beverage. Talking of which, I’ve found that one of the main problems with mask wearing isn’t that it affects one’s ability to breathe, but that it muffles speech, with the result that baristas now struggle to differentiate between the words tea and coffee and the numbers one to four, so add a visor and a perspex screen and you’ve a cat in hell’s chance of ordering a cinnamon spice chai frappuccino with almond milk. I wonder if it’s given online sign language courses a boost?

My favourite part of coffee shop culture has always been eavesdropping on other people’s conversations, but during the COVID-19 pandemic voices are more muted and low key; I never thought I’d feel nostalgic for the days when groups of cyclists would descend on our small market town and share with other cafe users the innermost workings of their genitourinary system, not to mention full details of a recent groin operation which frustratingly kept them out of action for months.

I used to derive much guilty pleasure from watching fellow cafe users trying to avoid staring at lycra-clad genitals hanging disconcertingly at eye level, as they bite into their cinnamon swirl. I’ve always found it odd when so much thought goes into every other aspect of cycling - small gains etc - that cyclists are serially incapable of choosing the most flattering kit colours to enhance that particular part of their anatomy. Top tip: white is not one of them.

One of the few upsides of social distancing has been the pedestrianisation of the High Street on market days and the emergence of fledgling street performers. My favourite John Cooper Clarke wordsmith is an Asian market stall holder who has recently discovered a latent talent for poetry:


“Don’t walk by,
Come and try,
Masks to die..... for. “
It’s not the most positive message, and doesn’t quite scan, but hey, it got my attention. I’m hoping the other market traders will feel similarly inspired; I’d pay good money to see a Busby Berkeley musical production number entitled ‘Masks the Musical’ snaking down the centre of the high street.