The Hidden Potential Behind A Front Door: The Importance Of Unlocking The History Of A Property 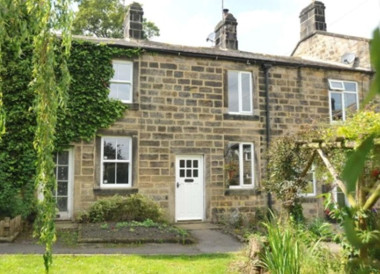 A vile and filthy place?
In pre-recession days one could happily enter through any estate agent's doors, they would advertise the basic particulars of your house, people would have a look around and then put in an offer.

Today the process is far from this simple. People want much more for their money. If they are parting with substantial amounts of cash, they want something extra that will entice them to burst open the purse strings and snatch up a property. We are forever on the hunt for the best deal and are increasingly prepared to go out of our way to get it.

Estate agents now have to concoct imaginative and stimulating ways to not only get people to buy, but to simply get them through their doors.

Presenting a detailed document that far from bombards with reams of facts and figures is one such way of enticing a potential property buyer. Complex, incomprehensible and, most importantly, impersonal information on the energy efficiency of a property for example is not the way to go, as illustrated by the now defunct HIPs. However, personal stories describing the names and lives of people who previously lived in the property and walked under the same wooden beams or warmed in front of the same inglenook fireplace are often extremely appealing to a buyer.

Sellers have used the personal touch for eternity. The smell of coffee and baking bread or the staging of family photographs are all used as trigger devices to hook a potential buyer into the 'story' of a property, to make it appear homely and appeal to those entering through its doors. A House History works in the same manner, hooking in to the personal side of a property so that potential new inhabitants may connect with old. It is this type of connection that buyers look for; that elusive feeling that they must live there. That X factor that tells them this house is the right house. Its history may be this catalyst: the appetizer to the great main course of price, number of bedrooms, location, local school, etc.

Researching the history of a dwelling can have an unlimited potential value on both an economic and personal level. Many examples exist where the discovery of an infamous past resident, a quirky architectural design feature, or even a particularly notable event that happened in or adjacent to a property has increased its sale value by a significant amount - in the tens of thousands! While the information uncovered may simply be an interesting bonus to buyers, it may actually be detrimental to whether a house sells or not.

And while the history of a home cannot only be used to sell a grand estate or listed building, a property's architectural development and historical context can provide just as many juicy details as its inhabitants. Some of the most interesting properties researched can be the simple dales cottages. Even houses built in the modern age are located on land that possesses its own unique history of events. Every home has a story...

Imagine uncovering tales of men named Kerenhappuch Houseman (I kid you not), or even finding that you live in a house of several that were once described as "some of the most vile and filthy places" in the dale (I assure you they no longer are). And that is just my own 19th-century cottage!

The recent example of the early 20th-century Pineheath House in Harrogate also illustrates just how fascinated we are with the lives of people passed, so interested that we are willing to purchase their memories and treasure them as modern-day relics.

While many people enjoy nosing around someone's house, an inquisitive nature may actually lead you to see a property in a new light and reap its substantial rewards...or perhaps just a ghost or two.