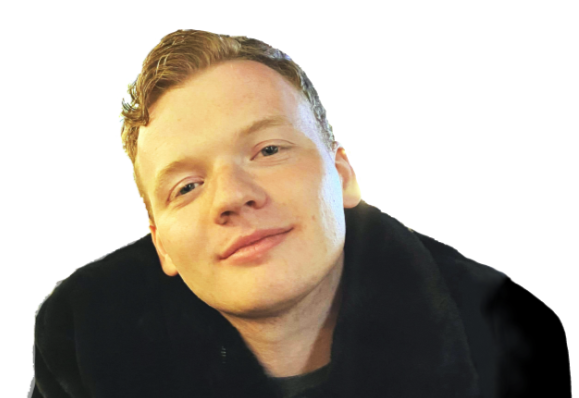 The Godber Theatre Company is reviving Moby Dick in an outdoor covid-safe performance this June at Hull’s 'The Dock' amphitheatre. John Godber and Nick Lane have collaborated once more to restore their lauded 2002 version of Herman Melville’s classic novel to a new stage.

This 2021 iteration will bring Hull’s trawling history to the forefront, whilst also implementing themes from Godber’s own ‘woke’ introspections over lockdown, such as becoming vegan, watching Netflix’s Seaspiracy, and his anger at the omnipotent nature of the angry middle-aged white man.

Moby Dick will be performed in Hull’s outdoor performance space, The Dock. The stage itself is embedded in the disused Hull Central Dry Dock, built in 1843 to allow the repair of ships in the city’s thriving shipping industry. The artery of the city, The River Hull, and the eminent The Deep aquarium surround the area and provide the mise-en-scène for the piece, whilst the towering tidal barrier watches over from the east.

The Dock amphitheatre is one component of a newly enriched area in Hull, formerly a bustling fruit market that used the river to deliver goods in the 19th century to 2009.

“It’s the whole conurbation, going from the marina, down to Humber Street, going past Nibble (café), to Bert’s (pizzeria), then to the stage. That should be a path that is really attractive on a warm summer evening, and long may that continue” says Godber.

In the midst of the forward moving momentum of the area, Godber recognises the importance of acknowledging the ancestry of Hull’s trendy Instagram-able street, which became the prominent theme of the play, influenced by his own upbringing as the son of a miner in West Yorkshire.

Godber added: “As I get older I realised how important it is to celebrate our heritage, otherwise we will forget what made Hull what it is. The whole notion of the north is all about celebrating what brought us here in the first place, like cities such as Barnsley and Wakefield were built on coal. We are a maritime city and the river is so important to Hull.”

The play was adapted in collaboration with writer and biochemist Nick Lane. Lane was the associate director and literary manager of Hull Truck Theatre between 2006-2014. The two have collaborated over Zoom during lockdown. Godber admitted it was very difficult to work in that form and had to take the steer of the production, with Lane completing other work, but added “the spirit of both of us is still very much in the script”.

Somewhat reluctantly, Godber admitted he was coming up to his 65th birthday, yet he talks of the ‘woke’ topics of the Netflix generation.

Godber continued: “Even though I am one, I’m quite sick and tired of being dictated to by middle aged white men, and the leading character in Moby Dick is captain Ahab who is a 53-year-old white man hell bent on revenge, so that was a really good starting point for the potential politics of the piece.”

John Godber references Scottish postman-turned-social media sensation Nathan Evans, who reached number one in the UK charts with his version of a 19th Century sea shanty Wellerman when elaborating the relevance of this play to the younger generation.

“We have to inculcate in younger folk that there were people before us that really were adventurous and went out into the world, that’s another reason we chose Moby dick. What better adventure then setting sail around the world to chase a whale. As well, who would have thought that a sea shanty would have been number one in the charts? You have to look at that and say, well actually that is about adventure.”

The bones, brains and blubber of the show are entirely Hull centric. In the casting of the production, it was important to Godber to “look after our own”, to combat Yorkshire actors being left behind whilst focus shifts down south to get theatre up and running again.

John’s daughter Martha Godber, who will appear in the show, started up her own foundation last year with ambitions to help young actors from Hull and East Riding build industry contacts and experience, a member of the foundation appears in the Moby Dick cast. All 8 cast members are from the area, and John Godber reinstated the value of getting young actors involved early in the restart of the creative sector after a year of phone filmed auditions and 2 dimensional digital performances.

John Godber: “It is really important as theatre re-emerges we help build community contacts. The whole production is finding work for 20 people who live in the region. I don’t think we have got our heads round how damaging this event has been to young actors and students as of yet. They’ve gone to drama school for a 3-dimensional experience, and they’ve been denied of that. I think students generally have been let down by this. They are still having to pay fees for a course that is an online open university degree. There is a lot of work to do, and they will need a lot of help”.

Moby Dick will be performed at The Dock amphitheatre in Hull from the June 2 to 12. Performances start at 7pm nightly, with three matinees beginning at 4pm on June 5, 9 and 12. Tickets cost £20 for the production.