The Manic Street Preachers Are Coming To Halifax 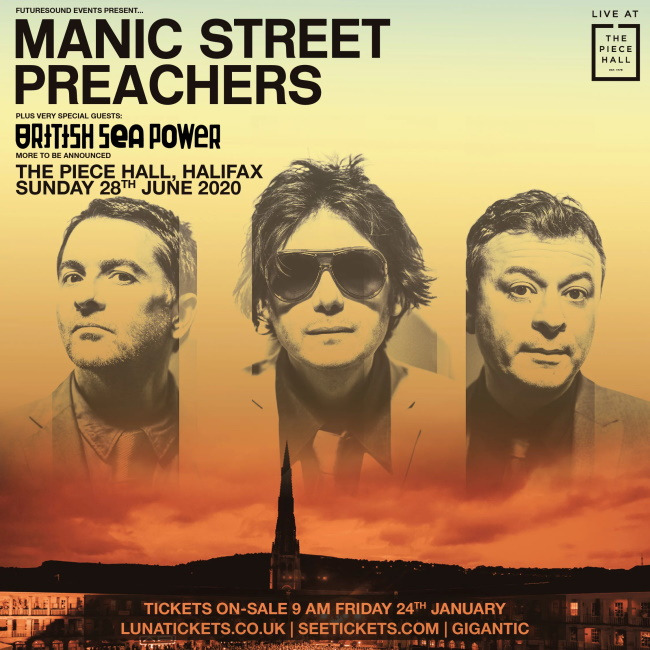 The Piece Hall in Halifax has already announced concerts coming up this summer from The Specials, Richard Hawley and The Kaiser Chiefs and now the Manic Street Preachers are the latest band to announce a gig at the historic Yorkshire venue, with a concert on Sunday 28 June.

The three piece from Blackwood in South Wales have been one of the top live acts of the past 25 years selling over 10 million albums in the process.

With hits such as A Design For Life, Kevin Carter and You Stole The Sun From My Heart you can expect a night of raw and energised rock. The band released their last album Resistance is Futile in 2018 with the album debuting at Number 2 in the UK album charts.


Also by Graham Clark...
Interview With Diana DeMuthIt’s A Good Catch At The New Catch Restaurant In LeedsNew Exhibition In Blackpool - The LightsThe Potting Shed, Guiseley - Is All In The Garden Still Rosy?Happy 90th Birthday To Bradford Live!