The Navigation Inn’s Food For Heroes

Coming out of lockdown, I fancy a nostalgic look at one of my all-time favourite pubs, The Navigation Inn, a Grade 2-listed building, once a Ramsden’s house, on the canalside in Sowerby Bridge. I’m hugely pleased to see it retains its plain rather lovely old signage, white letters on a background of British racing green. 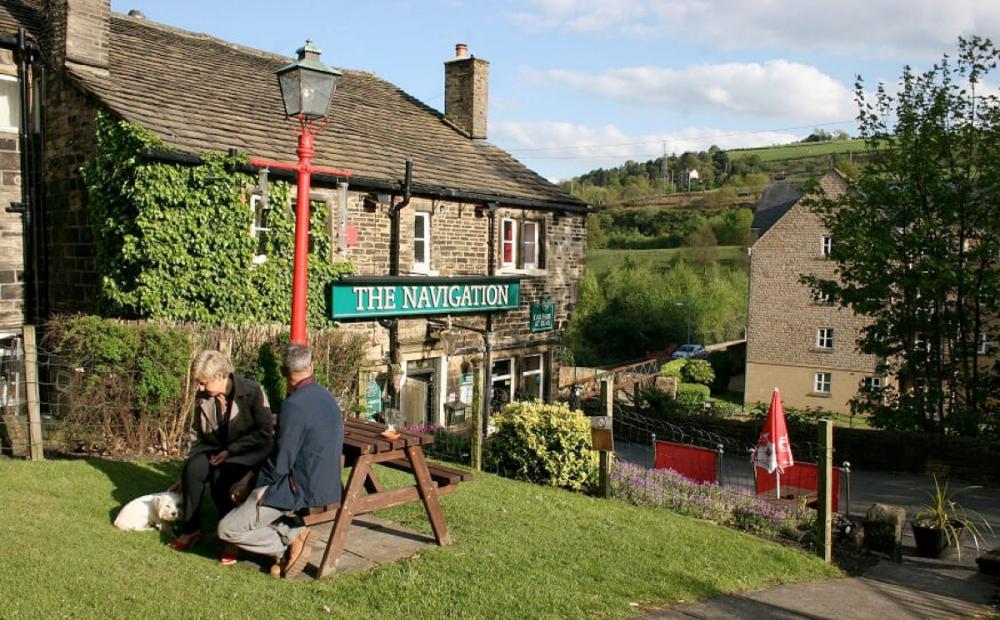 But the entrance hall has clearly been given a thorough makeover. The whole pub has got brand-new carpets since Covid-closure and I fancy I can almost still smell fresh paint. Clearly the months closed have been put to good effect. And the kitchens have been put to particularly noble use, with Chris Brumby, their much esteemed chef, preparing more than five thousand meals for NHS For Heroes!


Also by Andrew Liddle...
The Lonely Chapatti’s Food For ThoughtThe Nomadic Life At ChristmasTerriers Get The Magic Rock For ChristmasLaughter In The Dark In Leeds - From The Devil’s JukeboxFalsgrave Park, The Town Crier And An Upturned Santa
The last time I was in about five years back it was very quiet and seemed simply to major on real ale. Today it is quite busy with diners but still has five pumps dedicated to high quality cask ale, currently Wye Valley, St Austell’s, Doom Bar, Theakston’s and the excellent Adnam’s Ghost Ship which Chris Hill, the landlady’s fiancée draws off for me. It’s Jenny Whitley’s day off today.

‘We are a tied house,’ he tells me, ‘but when we get SIBA affiliation we will have one pump always dedicated to a local beer.’ I nod enthusiastically.

There are records of a mill being on this site in the fourteenth century, but it is known to have become a house by 1521. Two centuries later it was sold to a cloth merchant, John Wainhouse, whose initials IMV, standing for John and Mary Wainhouse, are carved over the inglenook fireplace, dated 1722. Locally, this has always assumed to have been the same family who built Wainhouse Tower, Britain’s tallest folly, high on the hill looking down over Copley and Sowerby Bridge.

In its present outward structure, The Navi, as it’s called locally, still reminds us of its late eighteenth-century conversion to weavers’ cottages but, with the coming of the canal, in the period 1759-64, it was recast as a pub catering for those who built and used the Aire and Calder Navigation. At one time it went by the name of The Link because of the chain which was fixed across the canal at this point to prevent boats entering the canal basin on Sundays.

These days it supplies an entirely different clientele - which includes a local History Society and the Puzzle Poets - with good ales and high quality home-cooked fayre, roasts on a Sunday. ‘We are family friendly, warmly welcoming everybody, canal walkers, dog owners, everybody, for good food and drink,’ Chris tells me.

In an age when many old pubs of great character have closed I am greatly relieved to see this one is looking more prosperous than ever. Canalside pubs are particularly rare these days. The Navi is a grand old pub and one of the first I ever went in, my paternal grandparents coming from these parts.

I’m not sure what my grandfather would have made of langoustine on the menu!