The Offspring Let The Good Times Roll In Leeds 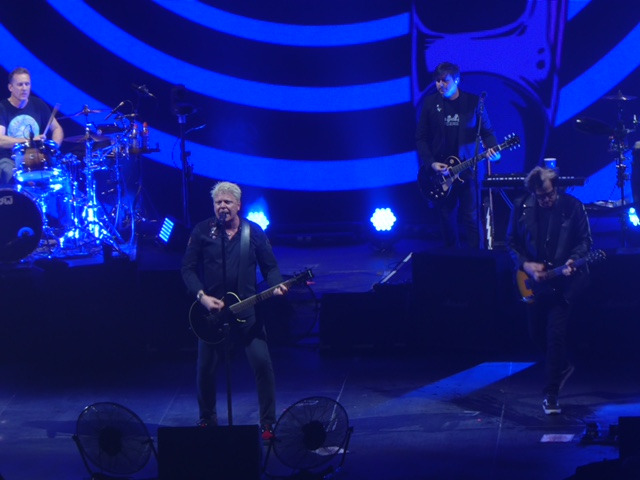 You will have had a long wait to see the Offspring in the UK, it has been nearly four years since the American band visited these shores.

Their last album, Let The Bad Times Roll has had mixed reviews – whilst it is certainly not their best there are at least a few good songs on there.

Keeping the stage set simple, the Californian punks still know how to put on a party. Initially the band were ranked alongside acts such as Green Day and Rancid, though their influences are closer to home with UK acts such as The Clash and The Sex Pistols being big influences. 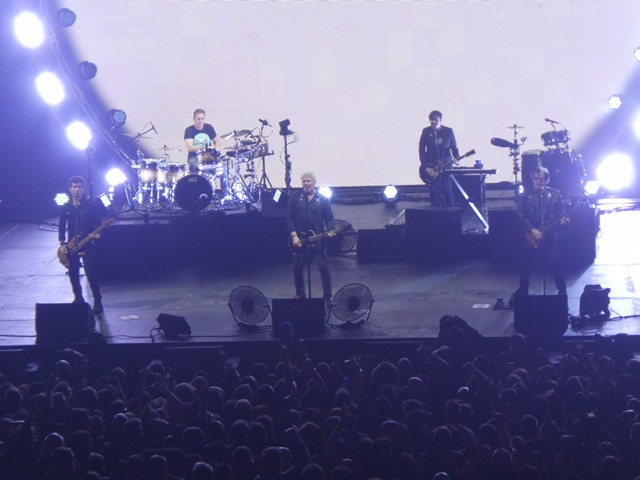 Guitarist Noodles still jumps up and down like he did in the mid-nineties, whilst the other guitarist and vocalist, Dexter Holland, still knows how to command an audience. As the fans ring out the “Yorkshire, Yorkshire” chant, Noodles charms them by observing “You all look beautiful tonight”.

Staring at The Sun kicked off a rousing set though Come Out and Play took the audience back in time to the days when most of the fans first discovered The Offspring.

Hit That slowed the tempo, which up to that point had been a whirlwind of energy. Who else but The Offspring could bring a grand piano on stage just for one song? Dexter Holland displayed a different character as he played Gone Away providing some light and shade that perhaps is not always associated with the group. Sadly the piano was wheeled off stage as quickly as it first arrived. 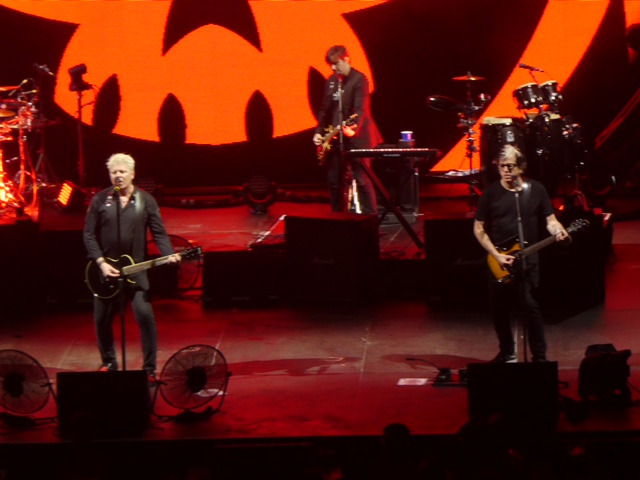 Why Don’t You Get A Job? is The Offspring’s answer to The Beatles Oh La Di, Oh La Da and probably their most radio friendly track in their repertoire.

The mosh pit welcomed the band’s Number 1 hit Pretty Fly (For a White Guy) and the biggest cheer of the night. The track still sums up all that is good about The Offspring: a melodic romp with a melody that is as catchy as the flu.

As Self Esteem closed the evening. The good times had rolled into Leeds on a night many had waited years to experience and where no one could have been disappointed.
Also by Graham Clark...
Interview With Steve HackettAlbum Review: Elvis Costello And The Imposters - The Boy Named IfInterview With Tony Clarkin From MagnumAlbum Review: James Blunt - The Stars Beneath My Feet (2004-2021)Sad Cafe To Play Rare Concert In Whitby