The Penne Drops At Carluccio’s In Leeds 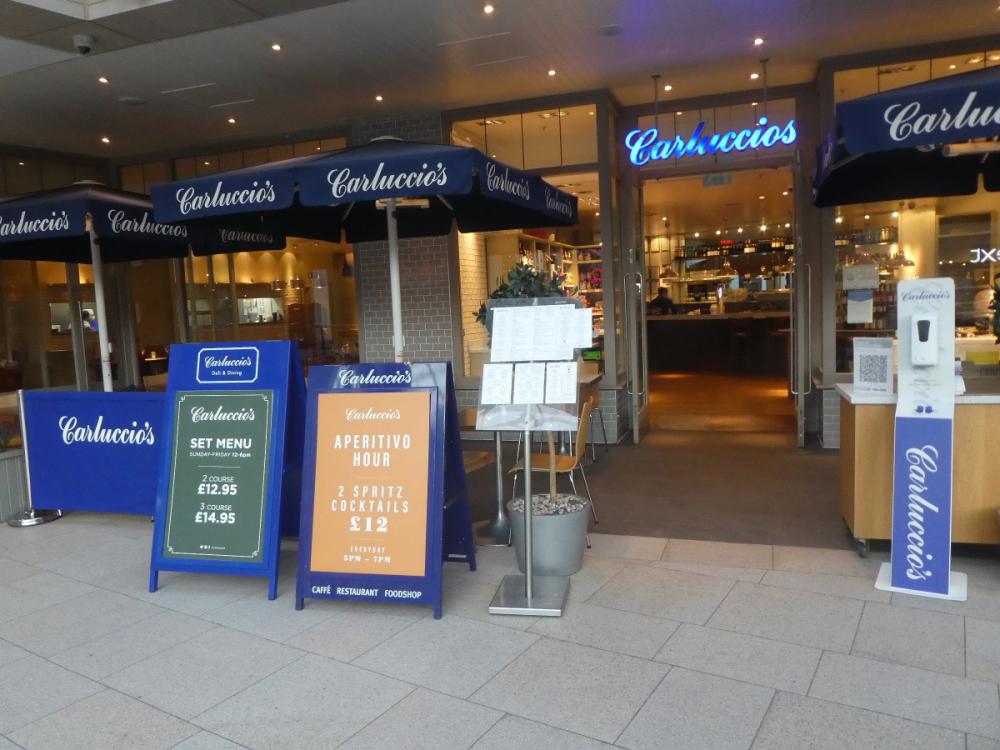 The hospitality industry has had a hard time of late: there have been so many restaurants closing down permanently due to the pandemic that you might think that there were not that many still open.

Carluccio’s have closed some of their restaurants - the York restaurant has sadly closed its doors for good but thankfully the Leeds Trinity Square restaurant has been saved.

They must believe it has a future as there is still quite a bit of competition nearby. I can understand where they are coming from as the food is good, plus you can sit outside the restaurant to dine, though you are still undercover. 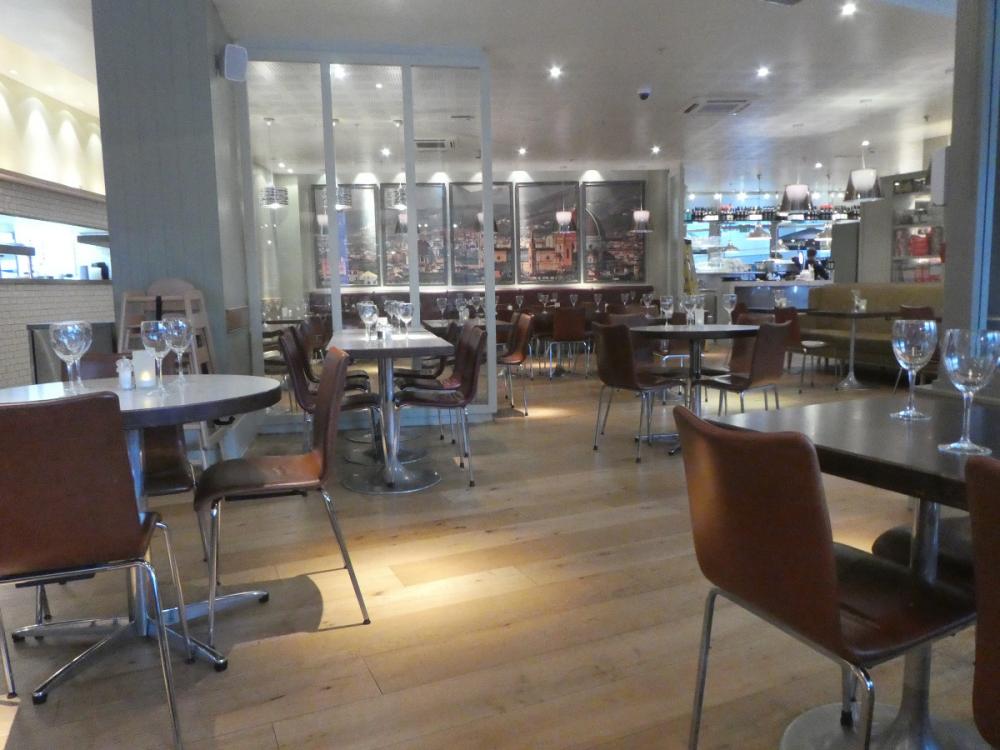 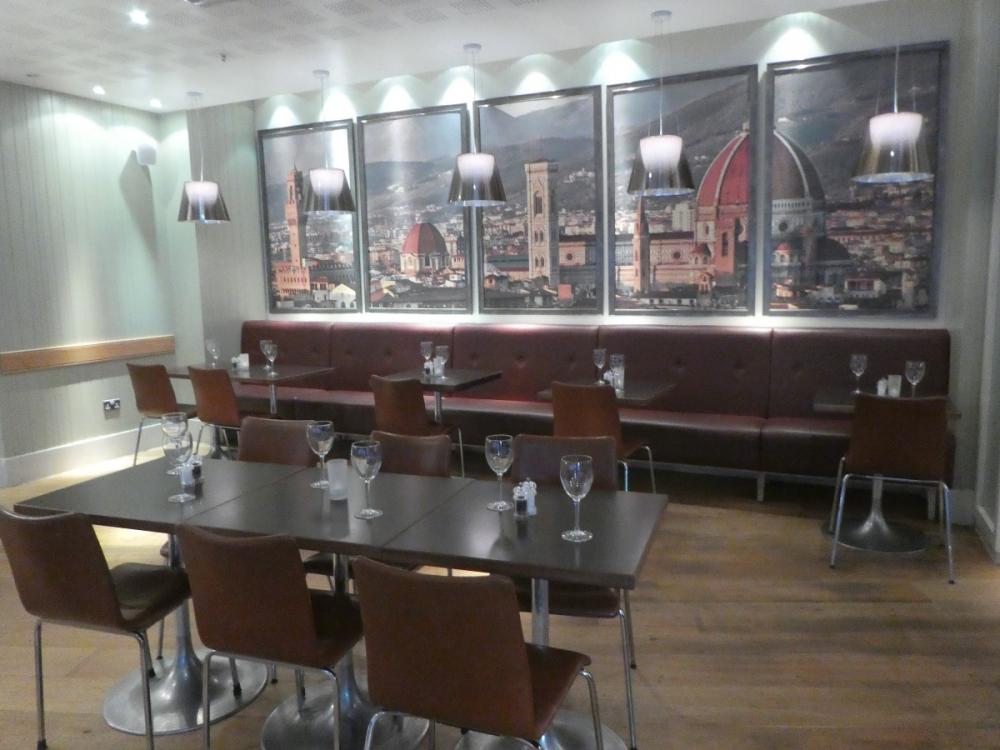 Besides being hopefully more COVID safe dining outside I found the interior of the restaurant slightly bland. Whilst the food is obviously the main draw, I think that they could have made the interior more bespoke rather than looking so uniform and characterless.

Apart from the huge photo of Florence and the toilets being marked Servizi you would not know you were in an Italian themed restaurant.

What the place lacks in atmosphere though is made up with the quality of the food. 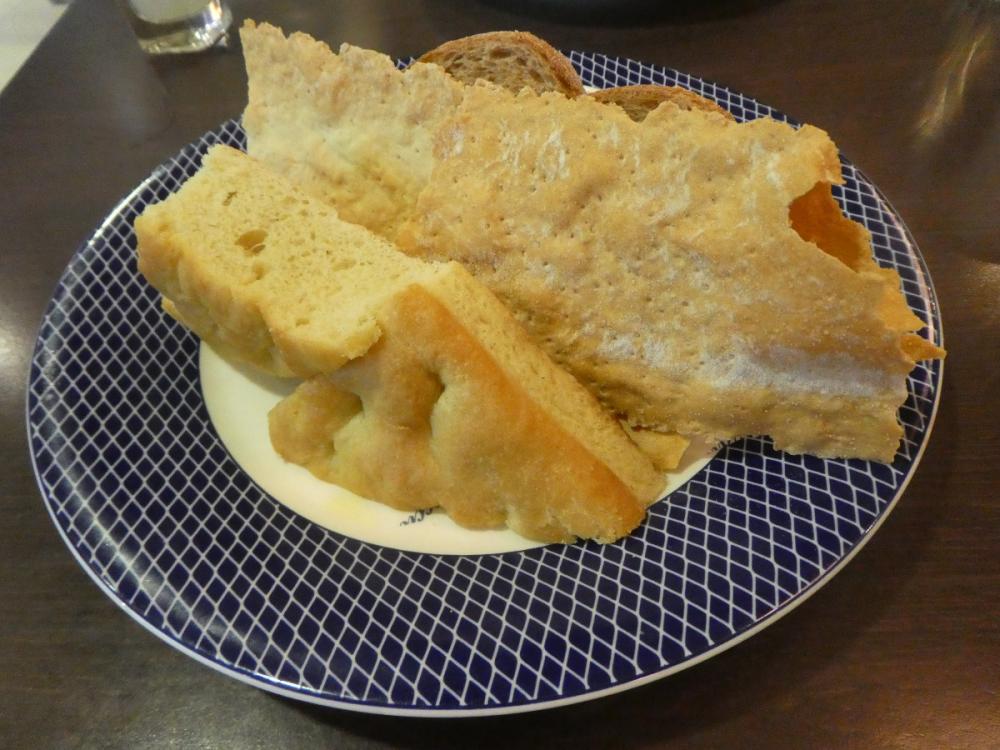 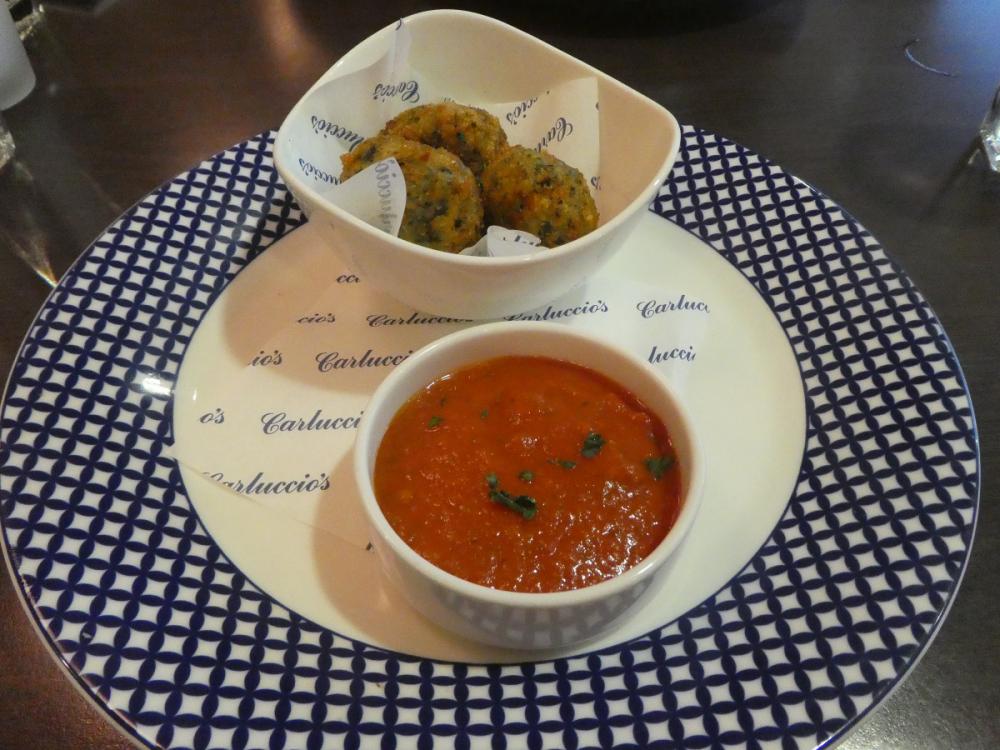 Bocconcini
I would not fill up too much on the selection of breads as the portions are huge. Focaccia, Ciappe Italian flatbread and warm wholemeal sourdough served with extra virgin olive oil and balsamic for dipping was a very copious starter.

My partner’s Bocconcini served with a spicy tomato sauce was equally as good.

As you might expect with an Italian themed restaurant there are dishes such as Penne Giardiniera, Seafood Linguine, Spaghetti Carbonara etc. I tried the Lasagne for my main - meaty with egg pasta it was a good choice. 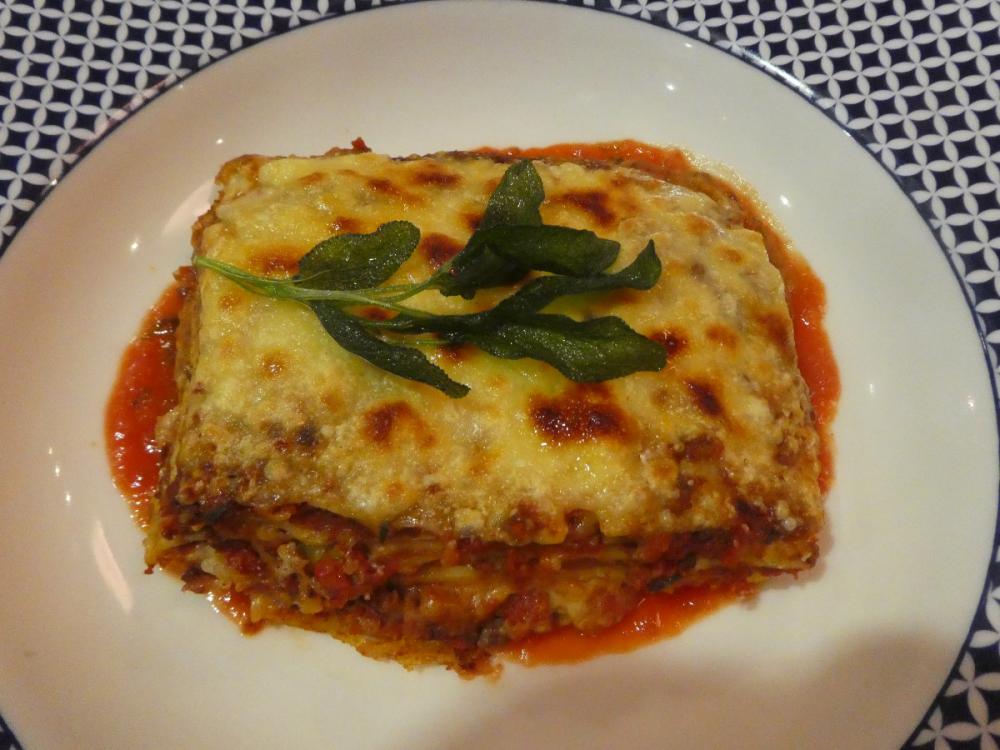 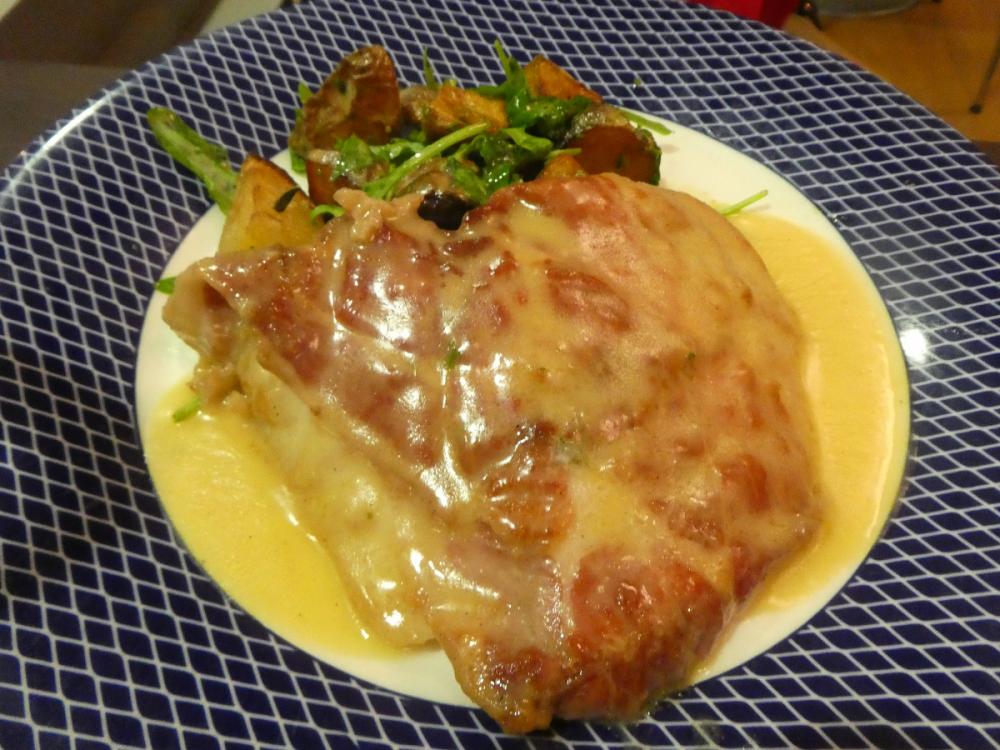 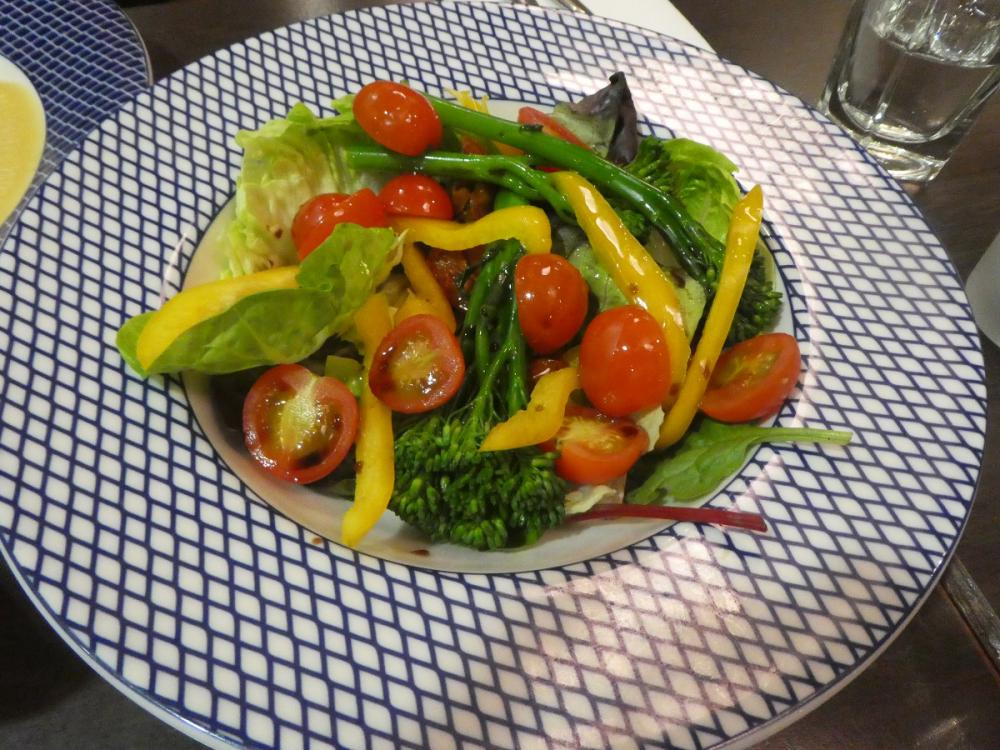 Mixed salad
My partner went for the Chicken Saltimbocca - they say the chicken escalope is wrapped around 24 month aged Parma Ham though it did not taste like the Parma Ham she has eaten in Italy. Served with roast potatoes, rocket and pesto it again was a big serving and on the whole tasty. The mixed salad was fresh and inviting too.

For dessert I tried the Strawberry Cheesecake Sundae - basically it was vanilla ice cream with some Ricotta and cream cheese topped with an oat crumble with some strawberries, served in a glass. A different take on a cheesecake and a sweet one too. 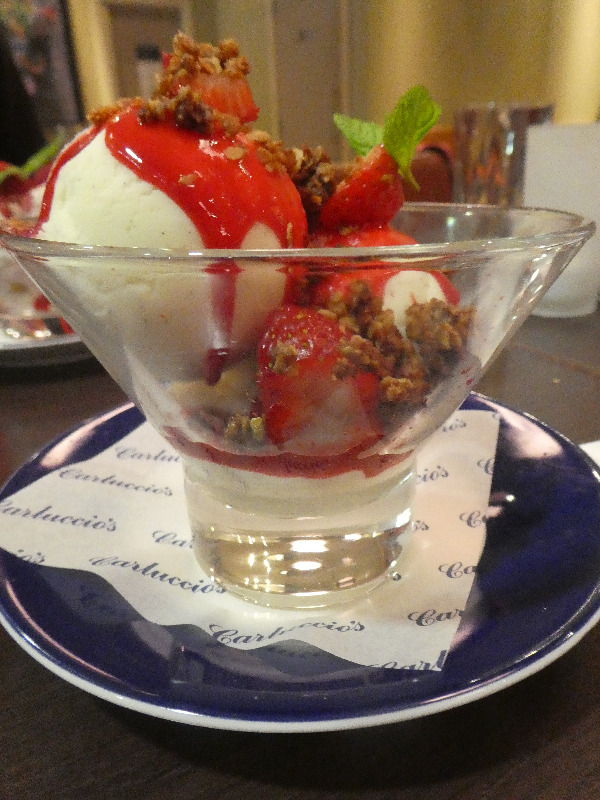 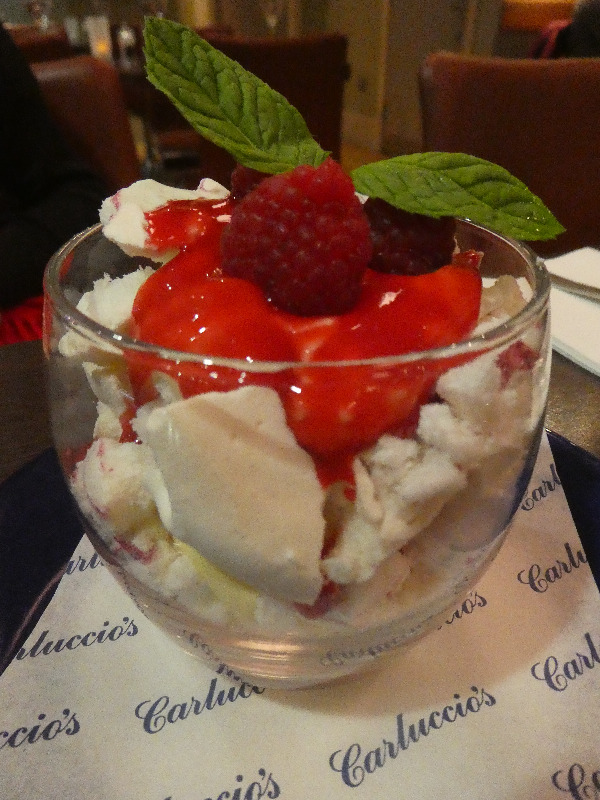 The service warmed as the night went on, in fact if you ask nicely they might even bring you some Italian biscuits to go with your coffee - which by the way, is strong, robust and proper coffee.

It was quiet when we visited on an early Thursday evening, which also didn’t do much to make the atmosphere more appealing, but the food and quality of it is just as good as you would eat in Italy.