The band are warming up and the tension is rising. 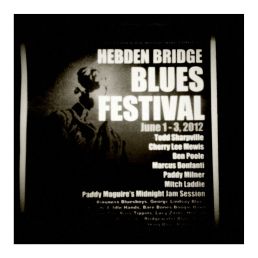 The singer, who also plays a mean harmonica, pogos and writhes around his mic stand while growling songs with a rasp and a manic grin; where he gets the time to breathe in amongst the jumping, singing and blowing the harp I have no idea. 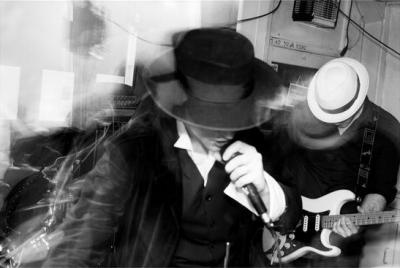 Revelator Band - a revelation
With the crowd on its feet at the outset, in a crowded bar with a low ceiling, it's just possible to see the band through a sea of bandanas and pork pie hats. 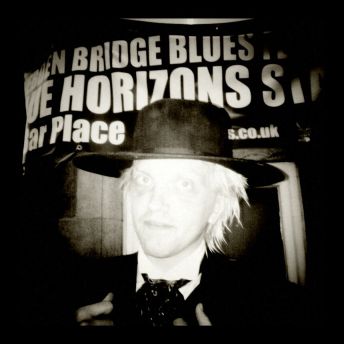 With a shock of peroxide white hair and an undertaker's coat and hat the frontman 'Captain' Barnaby Neale is dodging the plasterwork on the ceiling.

Not that it will last long. With an impressive rasping voice and a punchy bass line the whole place is shaking.

You can get a better impression of The Revelator Band in the YouTube video:

Discover more about the Revelator band at www.revelatorband.com 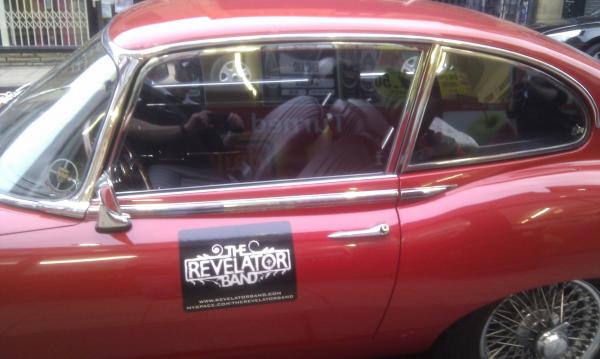 How do they fit the drums in!! 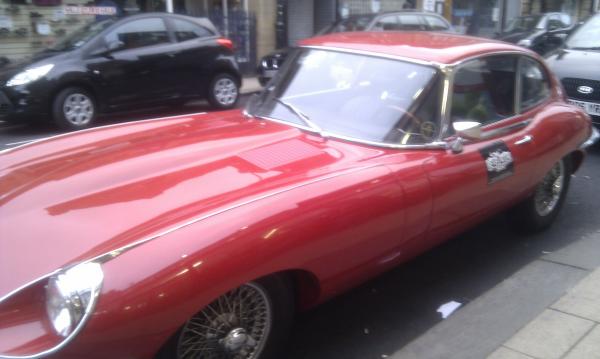