The Royal Oak For Real Ale

The Royal Oak at Old Malton, a Grade 2 listed inn, which has sold ale continuously for two hundred and fifty years, is the place to be if you want one of the best selections of constantly changing local real ales in Yorkshire - not to mention great food. 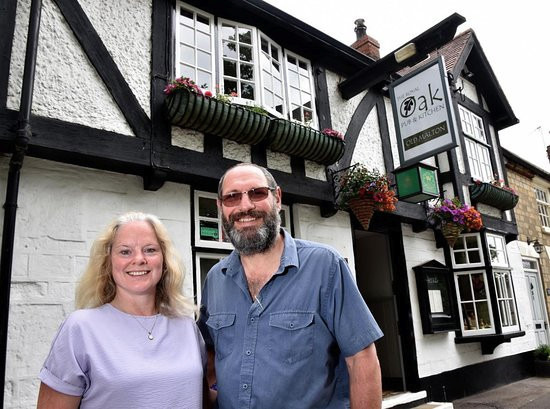 Amanda and Steven Purcell outside the Royal Oak
It’s a grand old pub, with an impressive half-timbered frontage thanks to a Tudor makeover done just after the First World War, and a large garden at the rear. Inside is tastefully decorated, with lots of wooden panelling, beams, brasses, all the splendid accoutrements of a real pub selling real ales. A major refurbishment a couple of years ago restored many of the features of the Victorian extensions, happily putting right what had been altered in that period of pub vandalism, the 1970s.

It boasts two open roaring fires in winter and quiet corners. It’s my kind of a pub, freighted with history. The River Derwent flowed closer to it at that time it was first registered as an alehouse, in 1780, formed from converting two farm workers’ cottages. The clientele were probably local flour millers and those who sailed up river dropping off grain and transporting it away in its refined condition.

The impressively bearded landlord, Steven Purcell, a native of South Africa, with a Mancunian father and a mother from Leeds, proudly reels off a seemingly endless list of choice beverages he rotates. Coincidentally, they seem to include so many of the ones reviewed recently in this column, Wold Top, Pennine, Great Newsome, Bosun’s, Hambleton, Half Moon, plus several others. I compliment him on his good taste. ‘We only pick the best,’ he laughs. Currently, he is offering two from Malton’s own excellent breweries, Bad Seed’s Kiwi, a New Zealand hopped pale ale (3.8 ABV) and Brass Castle’s West Coast-style IPA, Sunshine (5.7). 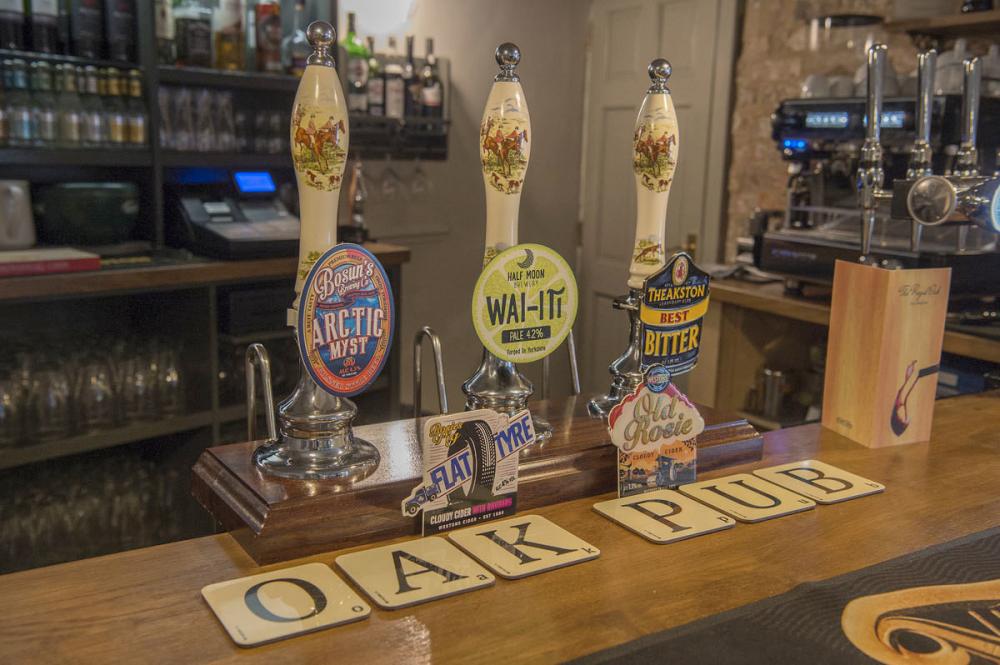 Steven worked in the hospitality industry in South Africa for many years before coming to England in 1990, then relocating to Jersey, in 2009, to run a pub with his wife, Lancashire lass, Amanda. They moved to Malton in June 2019 and quickly established themselves. ‘We’ve made it through Covid,’ he tells me, optimistically, ‘and ‘we’ve had an extremely successful re-opening.’ He is quick to point out the many necessary changes they have implemented to ensure social distancing and full compliance with regulations. ‘It’s been great to get back doing the things we love doing, making our customers happy.’

The Royal Oak, just off the A64, is a place where you are assured of a warm welcome, traditional home-cooked meals, real ales served on rotation and an impressive wine list.

How good to be a stout royal oak, not something blown about by modish winds.


Also by Andrew Liddle...
Theatre In The RowntreeAugust's Beer Of The Month - Rooster’s Craft Beer PerfectionMixed Reaction To Brewing Tax ReformsSwing That Music At Lawrence BatleyThe Fat Cat At Kelham Island. Where History Was Made