The Safety of Clouds: Fledge By Jonathan Humble 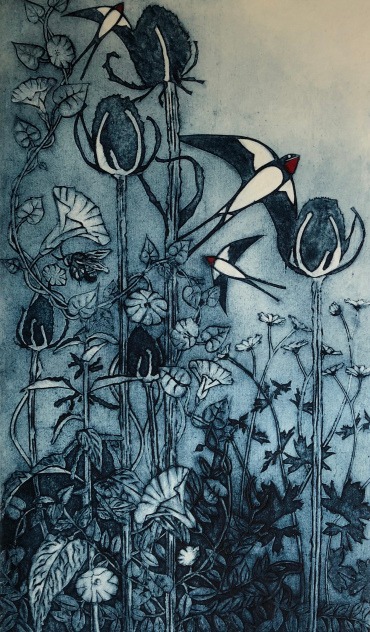 If you studied English Literature at school in the late sixties or early seventies, and you were searching for a way through the woods, it’s very likely that you encountered the figure of Ted Hughes on your journey. The brooding, visceral presence in your mind’s eye, the hand that drove the instructive pen in Poetry in the Making, and the shockingly original natural images of Hawk in the Rain, may even have given you an impetus to write. Those of us who were not scientifically inclined – the demarcation between Arts and Sciences in Secondary Moderns was unequivocally rigid – were likely to be seduced by this unique voice. You couldn’t not be.

I offer no apology, in these revisionist times, for saying that Hughes was a breathtakingly refreshing influence. Our juvenile attempts at poetry were almost all shaped by him, to varying degrees of success; our efforts original only in the sense that we wrote them.

And I somehow doubt that Jonathan Humble, whose timeline is more or less my own, would gainsay the influence: the title of his fine first collection Fledge describes the theme upon which it expounds at length. And you smell the reek of Hughes in Humble’s exacting use of metaphor, his easy conflation of natural and human concerns, and his inability to sense anything beyond indivisibility, as though one were an entirely reasonable mirror to the other. Sometimes, in this short but deeply-felt volume, you suspect that this poet, like Hughes, could not operate on any other terms.

But where Hughes’ nature is aeonic, cosmically violent, indifferent, Humble brings a tender resilience to the brute destruction visited upon it, measures the response as though by human standards of attrition and forbearance. A simple ash tree, randomly spliced many years before, sustains injuriously, its wound conspicuous to the hyper-sensitive poet/onlooker:


‘Eyes burn, assaulted by a metre of slashed hate
inflicted on poorly defended and tender bark;
some stranger’s loathing of innocence.’ (‘Forty Years On’)

The vicarious pain is palpable, here. The reader is minded to recall Swinburne, the Victorian poet whose later mental decline – he gabbled into isolate insanity at the Pines, Putney - owed much to his failure to distinguish between cause and effect: he could not tread on a blade of grass without feeling its ‘suffering’. Jonathan Humble’s admirable sense of rootedness – rural Cumbria is his home and muse - tempers any instinct for excessive sentimentality with levity and commonsense. Yet out of an access of emotional engagement emerges the poetry, and the theme, or rather the tone which illuminates the theme, recurs throughout the pamphlet. The protection of a raspberry bush against fruit-driven mice results in a counter-intuitive note of ambivalence: the narrator, fearful of the damage his own traps will inflict on the tiny furry body, is reduced to grovelling in the dark in an anxiety of conscience:


‘Aware of owls ripping through moonlight,
I kneel in damp fescue and sedge,
clutching this tilt trap of quantum uncertainty;
mouse or no mouse? that is the question …’ (‘Schrödinger’s Mouse’)

Even the owl tearing through the night is convincingly predatorial, reducing, almost by definition, the narrator and the elusive mouse to existential ciphers, in precisely the way that Hughes might.

Which is not to suggest that Jonathan Humble’s work is diminished by the comparison. He has great heart; the evidence here is of an infusion of comforting empathy that acts to correct a world otherwise knocked off kilter by abuse and neglect. And an extraordinary sensitivity to the damage we collectively wreak. The sycamore bursting through the pavement, in despite, prorogues our best attempt at manicuring the landscape in ‘Caught in Concrete’. Humble’s resolute metrical purposefulness underlines a natural resilience:


‘What drives such green confidence,
sprung as you are from wayward keys,
late buffeted by autumn elements
and the caprice of a council leaf blower?’ 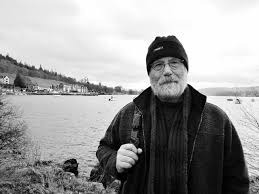 Jonathan Humble
That the tree may one day need human intervention to survive cannot defuse the eruptive energy, which, in any case, mirrors the dynamism of Dylan Thomas’ finest life-affirming moments. It is more than a coincidence, I think, that Humble is a teacher by profession; an instinct for fledgling nurture, an urge for care, overflows naturally into his poetics, as though the two were the interdependent echoes of a choir separated only by a sonic exchange in a church nave.

Humble’s ecological concern is fed here and throughout by an imagination attuned to an exquisite sense of awe: he infers primordial beauty in the murderous flight of a bird, and takes astonished pleasure in the simple observation of freeform aerial convolution, finding the means to re-interpret natural phenomena in monumental and tectonic forms. Humble’s avian poems are among his very best. And they are beautifully wrought. The highly-attuned automaton of ‘The Safety of Clouds’ does not need a name, for it is a missile whose coordinates are locked in to destruction; ‘safety’, in the context of what will follow, is replete with the heaviest of ironies as protection is afforded only for the onlooking eye.


‘Meal fixed in a yellow ringed eye,
target acquired, locked on, the beak cared not,
its sudden action initiating a hopeless animated letter S
on the pavement, as the sun denied witness to death throes
and buried itself back in the safety of clouds.’

Also by Steve Whitaker...
Poem Of The Week: 'Night Garden Of The Asylum' By Elizabeth JenningsOf Blood And Bone: When I Think Of My Body As A Horse By Wendy PrattPoem Of The Week: ‘All The Pubs Where We Used To Meet Are Sinking’ By Carole Bromley'These Are The Hands' : Many Different Kinds Of Love By Michael Rosen'Wor Jackie and the People's Dreaming
The narcotic of ‘unfenced existence’ overwhelms Humble’s narrator as though the extraneous world were a dynamic other - vibrant, refulgent, beyond control. From the exquisite paternal tenderness of ‘Leveret’, whose rich bucolic conflation somehow yields its own protection, to the seemingly insentient industriousness of a ‘peevish bee’, Humble’s steady gaze enables genuine illumination, a vision of the natural world not generally vouchsafed to the unfocussed eye.

And it is to a sense of unfenced existence that the poet frequently returns, as a mechanism either of abandonment or for the promulgation of elegiac longing. By one measure, the relentless wintry darkness of ‘And Yet’ – whose title is, of itself, a corrective to the ‘hubris’ of teeming description – gives on to a landscape of self-subsumation. Here, a furniture of despair no less enervating than the sparse shell of Mr Bleaney, is realised in the languid metre of four sestets...


‘With a switch click of artificial light, a three-quarter
circular tea stain on the old and damaged veneer
of a bedside table screams normality.’

...and is relieved only when the figurative clouds lift at the end. The urge to retreat may be catalysed in moments of anguish. Certainly, the narrator recalling his childhood days in Goole is making connections with a past whose touchstones are re-rehearsed as if still present, even if the past and its purlieus cannot reciprocate the strength of emotional attachment. It is characteristic of Humble to describe emotion through the detritus of contemporary observation:

Stronger still, the impulse to drift without aim or direction in a protean sea whose irresistible metaphorical suggestiveness offers a kind of resolution amongst the closing waves. Jonathan Humble’s craving for peace, perhaps for escape, is never better understood than in the act of treading water, an interloping state of reflection anticipating consummation – or drowning:


‘And though these whispered sea breezes
with caresses would show the way,

for that bastard time waits not for me,
until I learn to surrender, immerse this body,
allow these legs to float and lay back this head,

could I ever take in the whole of the sky?’ (‘Invitation To Move On’)

The undulation of the poem’s tercets – deliberately and profoundly broken at ‘bastard’ – gives vent to an undertow of anxiety, and we should be grateful that Jonathan Humble colours that anxiety in the most affecting and immediate of natural imageries.


Fledge, with cover artwork by Suzi Thompson, will be published by Maytree Press on 31st July.