The Script - Rewrite The Hits Live 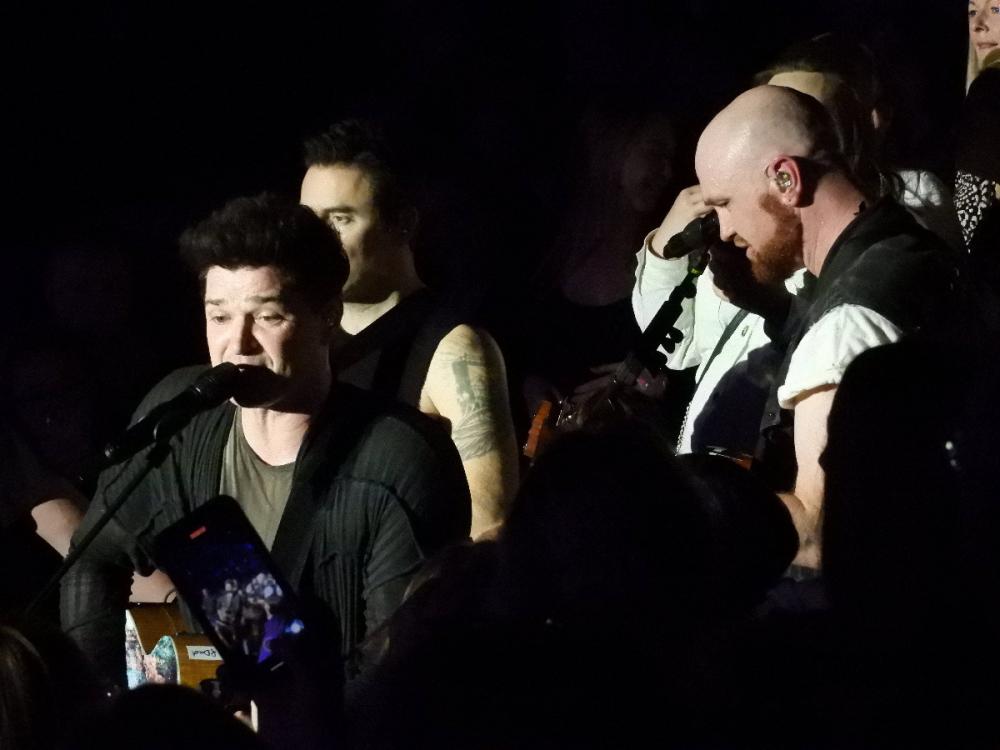 I was never really a fan of The Script until my partner recommended that I should see them at least once. When I eventually got around to attending one of their concerts I could see what the attraction was: good melodic songs all presented with an Irish charm.

The Irish superstars are currently on their 'Greatest Hits' tour appropriately entitled Tales from The Script which arrived at Sheffield Arena. There is a twist to the tale here - some of the hits have been reimagined. As the group opened up with Superheroes, the confetti cannons erupted which matched the euphoria from the fans with the track receiving a makeover with a drum and bass segment. 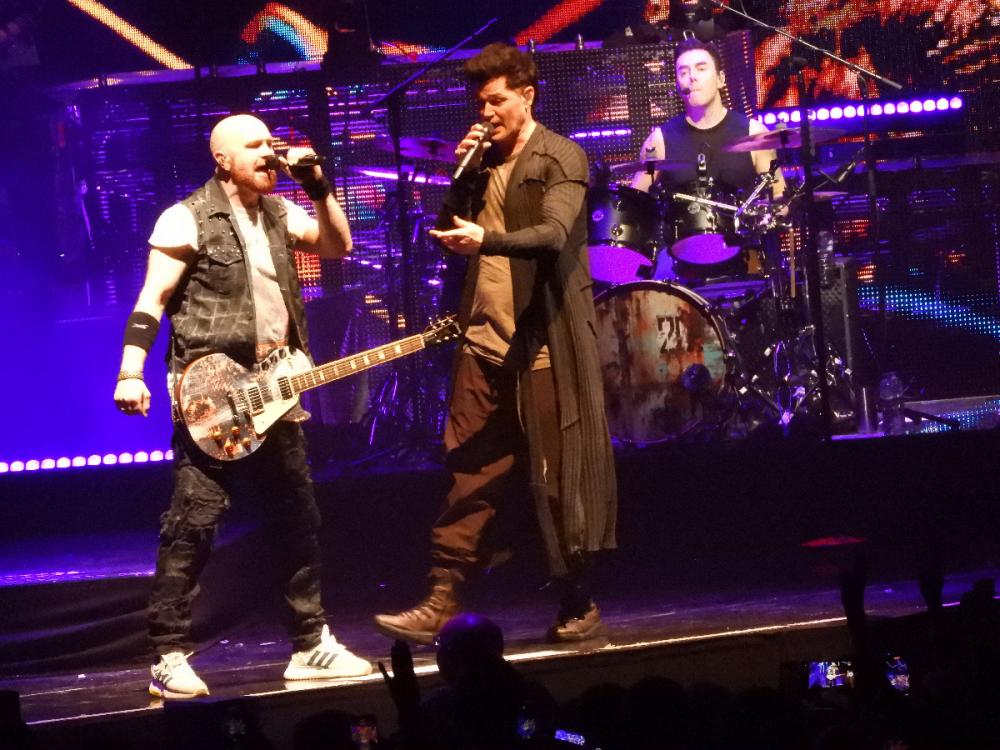 Initially the music coming out of the speakers sounded as if too much noise was trying to be squeezed through too little space. Thankfully by I Want It All the sound engineers had solved the problem.

Part of the appeal of The Script is that they have a knack of making it appear that your best friends are on stage. When lead singer Danny O’Donoghue says that the band want to be in the audience with the rest of the fans he really means it.

The trio left the stage to perform three acoustic songs sitting right in the middle of the fans. If You Could See Me Now sounded delicate in a new acoustic format whilst before the song Nothing, O’Donoghue asked if there was anyone who had been dumped recently by an ex-partner.

As he picked up a fan's mobile phone to call up a girl's ex, the look on their ex-partner's face as their face was flashed upon the video screens was one of surprise and disbelief, especially when O’Donoghue told the poor man that he was talking live to the lead singer of The Script at Sheffield Arena!

The action returned back to the main stage as the band continued to perform their biggest hits with For The First Time sounding as grand and regal as ever, which made me realise why The Script are so popular. Their songs are lyrical, they sound familiar and are ones that we can all relate to.

Encoring with No Good in Goodbye and Hall of Fame the confetti cannons were again firing over the enthusiastic audience. The Script promised to return again soon. Let’s hope they don't leave it too long.
Also by Graham Clark...
Pete Tong And The Heritage Orchestra Shine With The Ibiza ClassicsLet’s Rock - The Retro Festival Celebrates The Music Of The Eighties In Fine StyleNile Rodgers And Chic Give A Piece Of The Good TimesDownload Festival Welcomes Home The Rock CommunityInterview With Kirsten Branston From Bradford Live On Winning UK City Of Culture 2025 Bid