The Snow Queen: A Sparkling Festive At Scarborough’s Stephen Joseph Theatre This Christmas

A brand new adaptation of the Hans Christian Andersen classic The Snow Queen will weave some sparkling festive magic live on stage at Scarborough’s Stephen Joseph Theatre this Christmas. 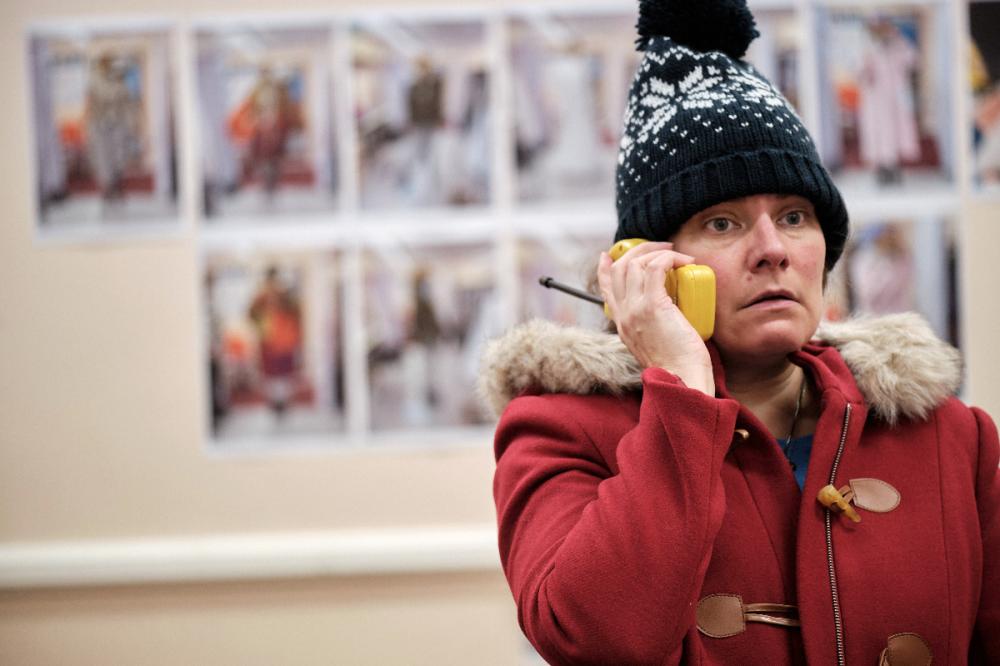 Polly Lister in The Snow Queen rehearsals. Photo by Tony Bartholomew
The show, at the SJT from Monday 7 to Thursday 31 December, has been adapted by Nick Lane from the original story, and promises to be a Snow Queen like you’ve never seen before – a one-woman whirlwind performed by Polly Lister and, for certain performances, Jacoba Williams.

Nick Lane says: “Will it be ridiculous? Will there be brilliant songs? Will you look at hedgehogs in the same way again? Yes, yes and possibly not. In that order.”

Director Paul Robinson says: “We can’t tell you how excited we all are about our Christmas production this year – we’re aiming for it to deliver all the things everyone loves about Christmas.

“There’s going to be reindeer and ravens, twinkling trees and the Northern Lights, some jokes to keep all the family in stitches, and some amazing new surprises – the perfect Christmas package, in fact.

“It feels so important to be offering a bit of sparkle and excitement to round off what’s been, let’s face it, a year somewhat lacking in both. And our team is RIGHT ON IT!”

The SJT was one of the first theatres in the country to re-open after the first lockdown, and has worked tirelessly to create a safe environment for its audiences.

Paul says: “We re-opened our cinema in August, and re-introduced live theatre at the beginning of October, and people came back and told us, so far without exception, that they felt entirely safe in our Covid-secure environment. Of course, we’ve had to close again until the 3rd of December, but we’re looking forward to welcoming people back into the building then.”

The Snow Queen will feature original music and songs from Olivier Award-winning composer Simon Slater. Movement, puppet direction is by Gemma Fairlie, the show is designed by Helen Coyston, with lighting design by Paul Stear. The associate director is Chelsey Gillard, and the casting director is Sarah Hughes, CDG.

The Snow Queen can be seen in the Round at the SJT on various dates from Monday 7 to Thursday 31 December; access performances are included. Tickets, priced from £10, are available from the box office on 01723 370541 and online at www.sjt.uk.com.