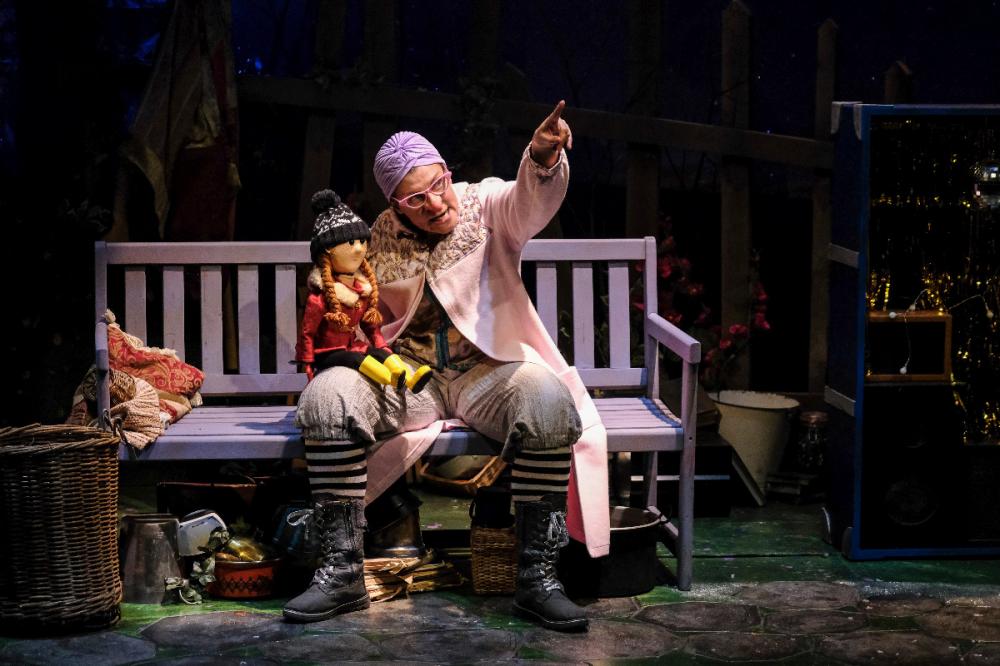 Polly Lister in The Snow Queen. Photos by Tony Bartholomew
There is nothing to gloat about when you live in a Tier 2 area, only a sense of gratitude that at least some aspects of life, that we value most highly, can still operate in a semi-normal way. One can't help wondering just how long the more expensive art forms, like opera, can go on in the current climate.

So we devotees of the Stephen Joseph Theatre assembled for the first live performance after the second lockdown. What were we in for?

I don't know about the rest of the audience, but I was breathless from the first ten minutes onwards. 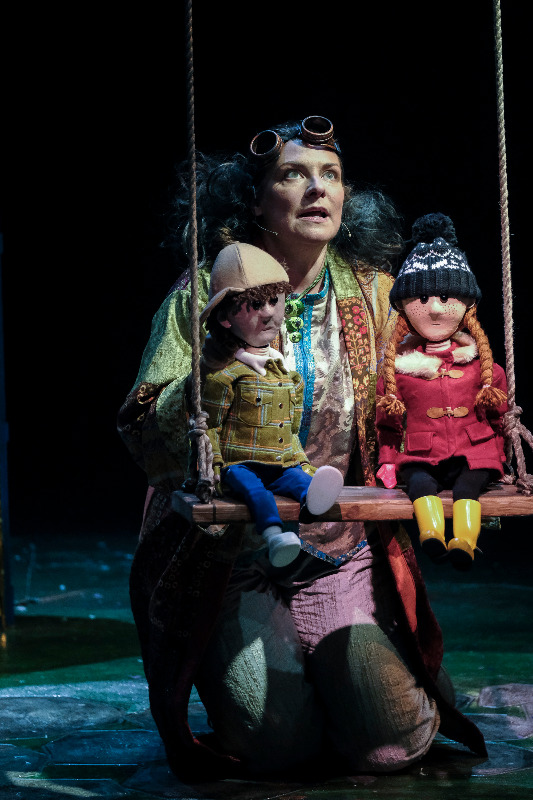 Polly Lister's highly energetic one-woman version of the Hans Christian Anderson story preserves some of the elements of the original. For example, the ice splinters that freeze Kai's heart and subverts his vision so that he only sees bad things is part of the original, as are the animated roses, the robbers and the crow. Otherwise, Nick Lane's adaptation supplements the original folk tale with material from the British pantomime tradition.

As a child, I was always in a minority of one in finding the standard pantomime tropes embarrassing ("He's behind you!"). Now I recognise that these are simple devices to engage the audience in a direct relationship with the action on the stage.

Lister engaged us all in helping to move the action forward: cheering the goodies and hissing the baddies. Except, of course, that all characters, good and bad, were Polly Lister. A variety of devices were used to help us identify where we should cheer and where we should boo. She transformed adeptly while delivering the voices of Kai, Gerda (names from the original fairy tale) and a range of other characters.


Also by Mike Tilling...
Wagnerism – Art And Politics In The Shadow Of Music – Alex Ross, 4th EstateAlexa De Strange – In Rehearsal In ScarboroughSecond Opinion: Seven Deadly Sins – Kurt Weill And Bertolt BrechtChristian Alexander Bailey - Tree SparrowNew Light Prize Exhibition - Joanna Whittle
Of course, The Snow Queen is another in the long line of stories of thwarted love being resolved by the dedication of one of the partners. In this case, it is the indefatigable Gerda who breaks the spell and saves the day. It does not matter that the story is a familiar one, what makes it fresh is the panache with which it is told and the drive to make it new.

Director Paul Robinson certainly left no stone unturned in his ambition to do that. The stage is littered with props, some of which actually play a part, but the overall effect is to give a sense that we are located in a domestic setting. The excellent lighting, on the other hand, provides the magic.

The music, by the versatile Simon Slater, serves a purpose without offering to stop the show.

I found some of the jokes failed to land successfully, but the passing references to Scarborough and the ruder elements (well, it is panto season) should go down well with younger audiences. This is a very likeable , fast-paced show that will please right through the Christmas season.