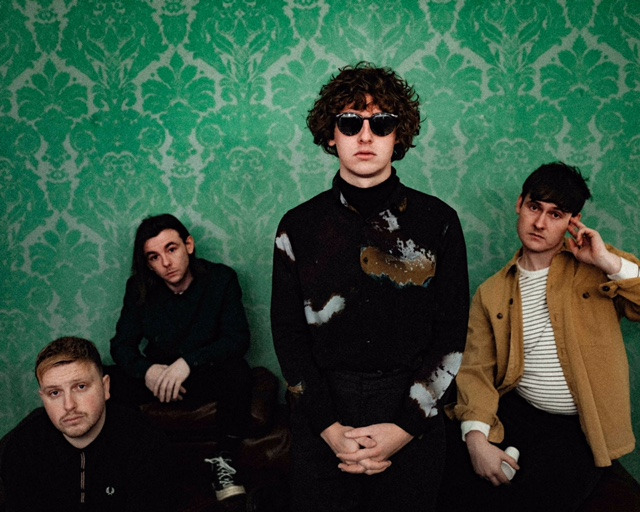 Photo credit is Gaz Williamson
Scottish band The Snuts had been recommended to me many times by friends as the next big band to break through.

I saw the band live at The Bingley Weekender Festival 18 months ago when live gigs were taken for granted. Live a few of their songs reminded me of Sheffield’s The Arctic Monkeys. In fact if you hear All Your Friends on this powerful debut album you will see what I mean.

The rest of the album though is a different story altogether. In fact the opening track, Top Deck is the sort of song fellow Scotsman Lewis Capaldi might sing. It is a slow start to what is otherwise a rocking album that is full of contrasts.

If you look at the singles charts it paints a picture of solo artists with groups seemingly as extinct as the dinosaurs, but with bands like The Snuts you know that is not the case.

Each generation needs a Stone Roses, an Oasis and plenty of Arctic Monkeys and that is where The Snuts footsteps will follow.


Also by Graham Clark...
NOW That’s What I Call Music! 108 (Sony Music/Universal Music On Demand)The Hollies Announce 60th Anniversary TourDrive -In Cinema Arrives At Meadowhall, SheffieldGlass Animals Add Another Date To Sold Out UK TourPopular Harrogate Restaurant Gets A Makeover From A Chip Off The Old Block
Always swaggers around with a funky bribe whilst Juan Belmonte starts off with a rhythm that could have come off the 10cc hit, Wall Street Shuffle.

Somebody Loves You is the track that could be the soundtrack to many a summer festival. A light breezy, joyful affair with a melody that gets it grip into you.

Glasgow has the Big Country style guitar riff as lead singer Jack Cochrane says “I promise you this I’ll always love the way you sing Glasgow” as if the track was written to be played live by the band at the legendary Glasgow venue, The Barrowlands. It does not take much imagination to conjure up an image of what is to come.

No Place I’d Rather Go is The Beatles meets Oasis, but still a cracking song whilst Broadwalk is a more laid back affair, perhaps drawing it from Paolo Nutini.

Maybe California comes with the sunny disposition of the American state and is the type of song that will cross over the band way beyond their own audience - those parents waiting to pick up their offspring at the end of a Struts gig might be won over with this appealing number.

If you want the energy back then the rawness of Don’t Forget It (Punk) is all sleazy and a taste of garage rock whilst the baseline of Coffee and Cigarettes bounces along like a 10 year old on a trampoline.

Rather than just be a “lads band” the songs here are ones that are for everyone, you included.

In the wake of the release of the album The Snuts have announced an 'Unplugged With Strings' tour which includes a show at The Blues Kitchen in Manchester and Leeds' Wardrobe in September.

Tickets now on sale from: http://www.thesnuts.co.uk/unplugged/