Farewell Mr Bond – Your Time Is Up 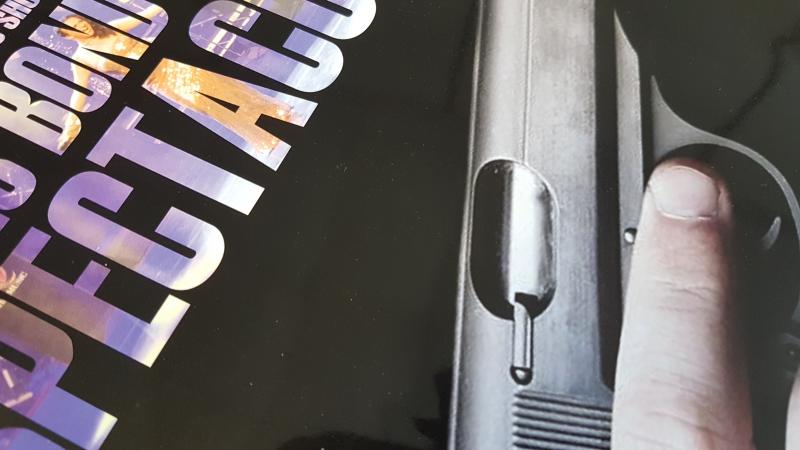 James Bond Concert Spectacular
Bradford was honoured last night as one of the few cities given the chance to say a final farewell to the magnificent ‘James Bond’ orchestra, as its players prepare to hang up their boots after 18 years paying homage to the likes of John Barry, Paul McCartney and Don Black.

Bond movies have an army of followers and, last night, ‘Bondites’ turned out in number at St George’s Hall for another appearance by Q The Music, a 13-piece orchestra whose primary existence has been to pay homage to the music of Barry, David Arnold and all those before and after them who have had a hand in bringing Ian Fleming’s iconic spy to the silver screen.

Under the baton of Warren Ringham and with the assistance of compere, Caroline ‘bad girl’ Munro from the Spy who Loved Me, the musicians and vocalist Kerry Schultz, took an enthusiastic audience on a musical journey spanning more than half a century.

Reflecting the sartorial elegance of the films, the orchestra was as slick as Bond himself, well-rehearsed, tight, crisp and smarter than the chairman of a London club in their elegant evening wear.

A View To A Kill, Thunderball, You Only Live Twice…..the iconic numbers kept coming until well after 10pm, and the crowd loved it.

Sadly the medley of musicians were due to have played St George’s months back but were felled by Covid. Now, they are making this their farewell tour, culminating in a grand concert at Her Majesty’s Theatre in the West End on October 23rd.

Vocalist, Kerry Schultz gave it her all along with her male counterpart Matt Walker who moved between vocals and percussion, giving a showstopping rendition of Spectre’s Writing’s On The Wall, originally sung by Sam Smith.

This was a slick evening, professional in every way and if I have just one regret, it’s that Mr Ringham and his band will soon be no longer. All good things come to an end, even Mr Connery and Sir Roger Moore!