The Thing Not Said: Adventus By Sue Vickerman 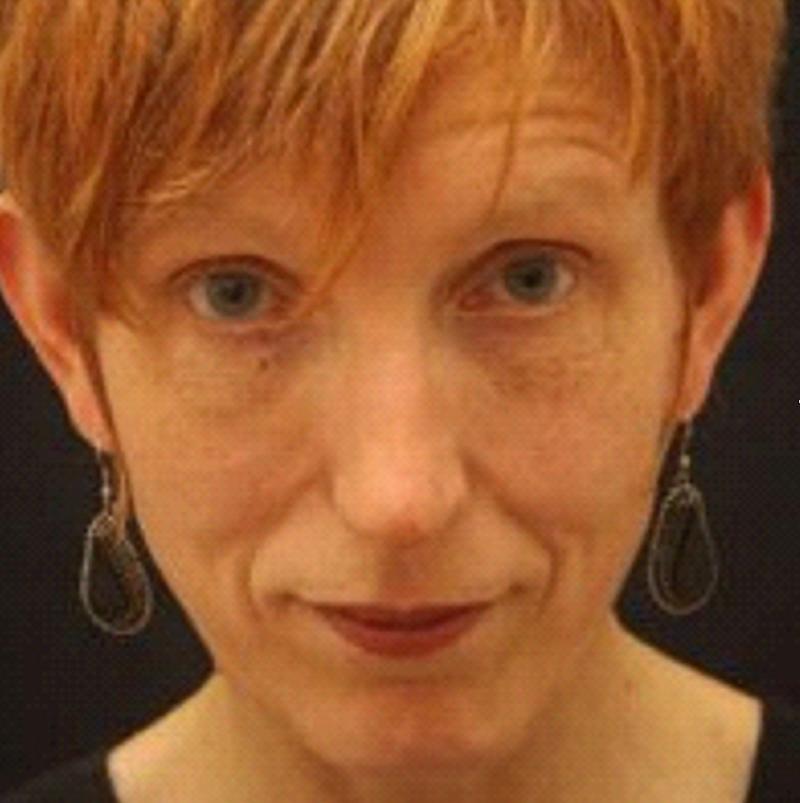 Sue Vickerman
Difficult to say whether the words, or the music, come first.

Jóhann J&ocutehannsson's 'Orphée' - selected randomly as an early morning accompaniment to the reviewing pen - compliments Sue Vickerman's new book, 'Adventus', so well that the mood conveyed is a near conflation.

The question arises: does the hypnotic glaze of the music - the relentless, horizon-bound call of massed instruments and voices - shape the words into vehicles for mood, or do the poems condition aural reception?

Probably both, and there are points - melting points, if you will - at which the poet's tsunamic sense of insecurity is itself overwhelmed by something resembling transcendence, as though release were made possible through abandonment.

There is an endless striving in Vickerman's work, a need for identification and place. Bradfordian by birth, itinerant by experience and instinct, she has said that home is where she hangs her hat, and that home is currently in North Yorkshire.

But 'heimat' - in the German sense of identity vouchsafed through kinship, home and hearth - seems to elude her. The sense of tenancy that infects Philip Larkin's 'Mr Bleaney' is visible in Vickerman's 'The last of me', as though leasehold was a metaphor for the brevity and semi-detached nature of existence.

The detritic inventory of a life's detail is laid out like a cadaver, the narrator as guiding revenant: 'some crumbs on a plate, an eye of mould / in a pot of tea, the tab-end of my last cigarette'.

'Adventus' is a murder at Christmas, a slash of red dissolving in an illusion of snow - which oxymoron seems to stand for the poet's generic, and documented, point: that the striving here is for a Christmas not of the present's commercial indulgence, or of a mostly apocryphal past, but for contentment in the exercise of simple ritual.

And through the tinsel we find a subtle extrapolation of enduring themes: of loss, of regret, of remorse, and of occluded hope.

Advent, here, is a figure for re-birth which allows, also, for an accommodation of the pain of the past; it is, to some degree, ameliorative, and it is signified by what the philosopher Roland Barthes called 'punctum', or a capturing of the sublime in a fleeting moment. 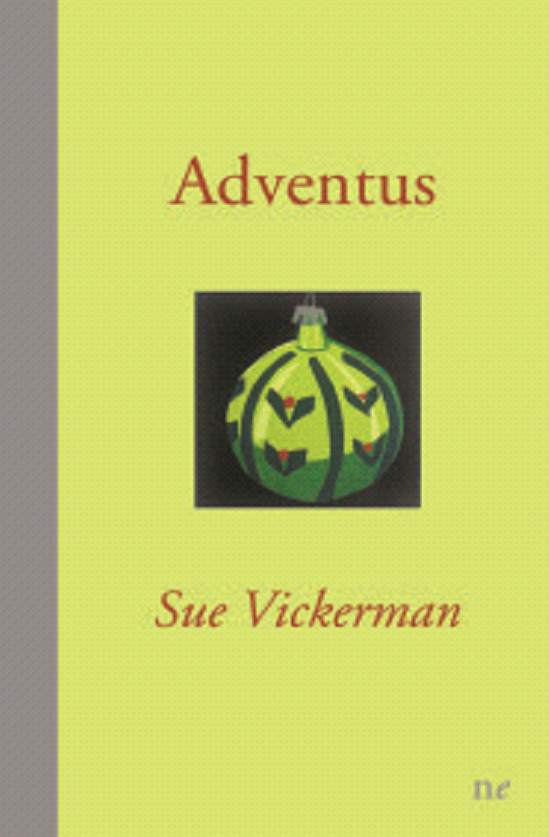 In 'The Siege of Bethlehem', the retrospectively present town in the second part of the poem, ripped apart by violence, is foreshortened to the single, deeply moving image of an 'ambulance / stopped at a checkpoint, its driver staring at / lemon trees, intact, miraculous in the barren field'. The trees serve the purpose of hope, akin to unlikely birdsong in the trenches of Sebastian Faulks' eponymous novel.

The crushing oppositions which threaten to tear Vickerman's poetry apart (un)settle into deeper ambiguities as any mature poetics ought.

The sometimes accusatory, often self-lacerating, occasionally disguised, sentiments are played out against a mutable backdrop of 'lived' experiences, setting up a dynamic tension within many of the poems. An Orlando figure, anchored to nowhere, but flitting between lyrically rendered pan-European Christmas landscapes, finds breath-stopping auguries of wind in a remote lighthouse ('The last keepers'), an 'Adlestrop' moment in a German town glimpsed obliquely through a train window ('December 23rd'), and nothing on the east coast of Yorkshire ('...spent it at the cottage in Withernsea').

And 'binaries', in a much overused literary expression, are what define Vickerman's poems, the tension upon which oppositional ideas thrive.

The narcotic drowse of a French summer's afternoon yields to the shock of a death by overdose so that the nailing of a narrative moment is seductive but forever tarnished: 'a single minute - coffee aroma, beautiful girls / and beyond these verdant hills / the sea azure, exquisite' (from 'Life and Death in the Loire Valley').

But the prevailing mood here is one of scant consolation for desertion, for indiscretion, for love lost, and for hypocrisies both private and political. The open-hearted nature of the poet's discourse suggests that she and narrator are indivisibly connected, that much of the pain and rage for restitution is autobiographical.

The first, and arguably finest, poem in this slim volume appears to embody Vickerman's thesis. An advent day in a quiet Yorkshire cottage is the conduit for imaginings which blind-side the naked allure of local geography: out on the fell, compelled, the narrator's peregrinations take her on an alliterative and highly visual journey into an unnamed realm of vicarious fear.


Also by Steve Whitaker...
Poem Of The Week:Owdham Footbo' By Ammon Wrigley (1861-1946)Poem Of The Week: The Wireless By Jean StevensBurned By Light: Dovetailing - Gathered NotesNight Swimming:Towards A General Theory Of Love By Clare ShawPoem of the Week: 'Together' By Robert Gibson
In the poet's adept handling, that fear is persuasively rendered but intentionally misplaced, for the black hordes who loom over the horizon like Zulu warriors are hubristic representations of the imagined tidal wave of immigrants who threaten our pre-Brexit borders.

In 'The coming' , Vickerman achieves a tour de force, a seamless and moving juxtaposition of messianic longing, gathering trepidation and xenophobia in parody: 'Where's this black-bearded man from? Palms / capping the skulls of two lost-looking children, / dirt-smeared, tear-stained, blood, sweat, snot'. Common humanity is, in the end, the arbiter of judgement.

The book's coda, 'December 24th', is an affirmative and fitting conclusion to a fine body of work. The acrid whiff of cordite finally dissipates into a moment of profound, silent solemnity: '...how, / when the bells finally toll across the valley, / the whole village feels holy'.