Whatever you may feel about the pros and cons of social media, there’s no doubt that during lockdown it’s been a lifeline for many. The phenomenon that is Twitter was launched in July 2006 and there are currently 330 million monthly active users. As usual, I was late to the party joining in 2013, and since then I’ve only managed to notch up a paltry 172 followers. 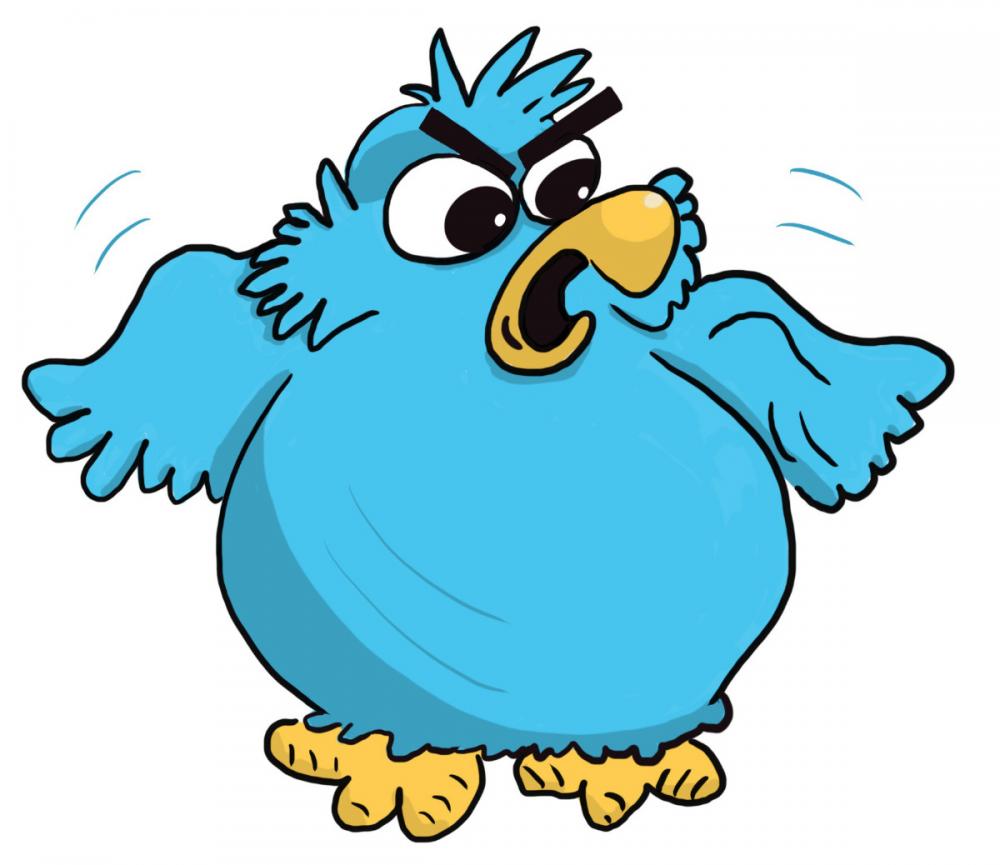 In normal times social media requires careful navigation, but during the Covid-19 pandemic it’s become a minefield: emotions are heightened, fuses are shorter and misunderstandings are rife. With only 280 characters at your disposal, nuanced debate is impossible, and before you know it, you’ve stumbled into the middle of a Twitter row. It has now come to a point where people are afraid to express even the most innocuous opinion, and, if you have a genuinely controversial view, a la JK Rowling and trans people, then prepare yourself for the mother of all pile-ons.

Many people don’t understand how Twitter works, and get drawn into hilarious and ultimately futile debates with ‘Bots’ - automated accounts. (Twitter estimates that 23 million of its active users are actually bots). Trolls on the other hand - nothing to do with Norwegian folk lore - are people who deliberately post offensive, divisive or argumentative remarks on platforms such as Twitter and Instagram. They see themselves as ‘keyboard warriors’, although nothing could be further from the truth, as their trolling is usually done under the cloak of anonymity.


Also by Elaine Annable...
The Daffodil PerspectiveNew Year, New You? No Thanks!The Great British Test And Trace FarceStrictly Self-IsolatingStrictly: The Lockdown
One might expect Brexit, Coronavirus, and Climate Change to be controversial subjects, but maybe not so much, tea bags and sausage rolls. Piers Morgan’s iconic rant re: Greggs’ vegan sausage rolls, “Nobody was waiting for a vegan bloody sausage, you PC ravaged clowns”, was by anyone’s standards a little over the top. However, it did Greggs a massive favour by providing tons of free publicity, which saw profits soar and staff sharing a 7million pound payout. It also gave Greggs’ Twitter account the opportunity to flex their bantering muscles with the equally iconic response, “Oh hello Piers, we’ve been expecting you.”

The outcry which followed a photo of the Chancellor and part-time male hoodie model, Rishi Sunak, posing provocatively with a giant bag of Yorkshire Teabags, similarly raised the profile of Yorkshire Tea, but not in a good way. People actually threatened to boycott God’s own tea for their supposed support of the Conservative Party, despite Yorkshire Tea knowing absolutely nothing about it.

Government minister, James Cleverly is on shaky, almost earthquake ground, every time he fires off a tweet. The least adept of all government ministers when it comes to using Twitter, he managed to get into a very undignified spat with the Twitter account of Ben & Jerry’s Ice Cream. His reply of “Can I have a large scoop of statistically inaccurate virtue signalling with my grossly overpriced ice cream please”, in response to their genuine concerns about refugees crossing the English Channel, was in the worst possible taste. Time and time again, he blunders onto Twitter only for someone to reply, “James not so Cleverly! “

It pays to be Blunt

But the man who regularly ‘wins’ Twitter is without a doubt, the self-deprecating high-pitched warbler, James Blunt (2 million followers), whose ability to send himself up is legendary. To the following tweet, ”Oh my God James Blunt is on the TV downstairs, can this day get any worse?” Blunt replied, “Coming upstairs now.”

Coming soon to a bathroom near you

A global pandemic certainly brings out the best and the worst in people on social media, as seen by the huge number of people desperate to share their experiences of self-isolation by murdering a much loved song: John Lennon’s Imagine was given the celebrity treatment by a group of actors demonstrating that a loss of hearing and self-awareness is also part of the lockdown experience. Even the legend that is Madonna was unable to resist posting a semi-naked video recorded in her bathroom - using a loofah as a impromptu mic - which has mercifully since been deleted.

For what it’s worth, my advice to anyone thinking of joining Twitter is - unless you enjoy a daily plunge into a bath of bitterness, despair and toxicity - choose those you follow very carefully and create an echo chamber of people who share the same views; the other way lies madness....