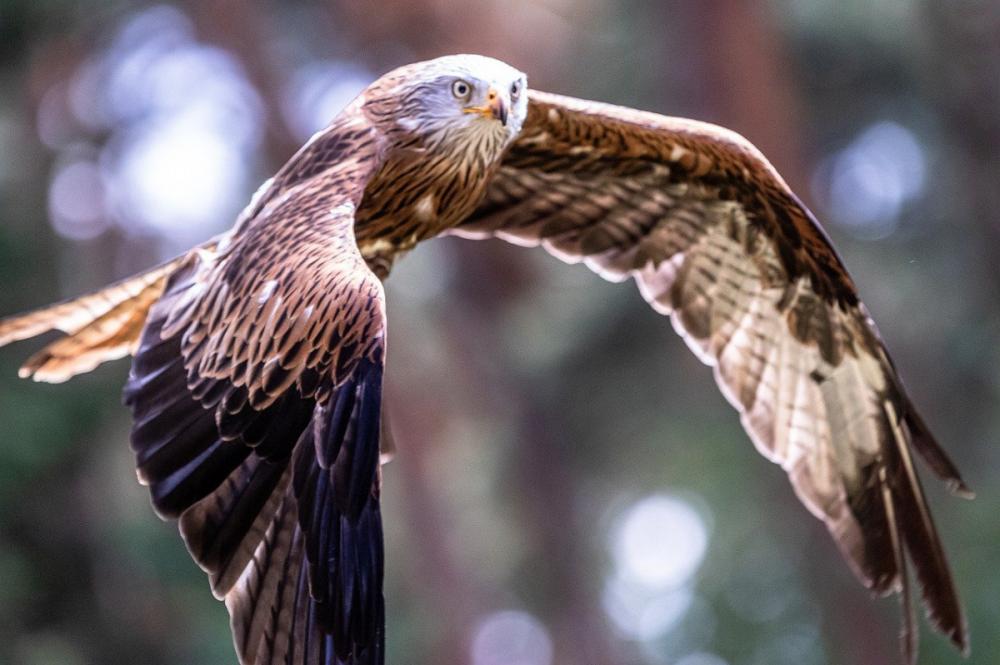 Red Kite. Photo by Herbert Aust
Yorkshire writer John Miles is raising interest in a proposed 'Yorkshire Red Kite Trail'; an 80 mile round trip visiting several nature sites across the county and encompassing a range of wildlife, all loosely connected by the story of the beautiful Red Kites that grace our skies.

John strongly believes that such a trail which could add significantly to the local economy and will raise awareness of the persecution of the Red Kites in the area, and is likely to provide an alternative income for many with enhanced potential for nature tourism.

As John says "The birds are just the symbol for the tour with so much more wildlife around the area. I also feel once the trail starts making money then the killing of the birds will stop.

Several areas of Britain had reintroductions with many being successful, but equally important was what local groups did with these birds. As many Red Kites had wing identity tags, schools would be given individual birds to watch for sightings around the county, or even across the country, as many birds moved from one reintroduction to another.

The Yorkshire Kites are now found in a wide area reaching out from Harewood with birds looking for new sites to create new territories.

The proposed route is 80+ miles round using mainly minor roads, with branches off the main route to visit associated nature sites. The trail is sufficiently large that very few will be able to cover all the sites in a day, which will offer opportunities for accommodation providers as well as food and drink outlets. The initial plan is for the route to be completed by car or bike with walking cited for the near future.