'The Uncanny Power Of Repression': The Haunting Of Alma Fielding By Kate Summerscale

Flying frying pans whizzing through the air, kinetically energised by unseen spectral forces. Tea-cups destroying themselves inexplicably, shards of porcelain spontaneously erupting into malevolent maelstroms of domestic debris. Furniture hurling itself to oblivion with supernatural ferocity. Wraith-like apparitions skulking nefariously as unbidden spectral denizens of ostensibly dull suburban semis and terraces. All quite discombobulating! Add into this disquieting cocktail of the bizarre, the rise of Spiritualism, psychic mediumship, the proliferation of vainglorious ghost hunters and sceptics keen to debunk fakers and charlatans, and one starts to see nineteen thirties Britain in a new light !

In the first of his Four Quartets, published in 1943, T.S. Eliot turned his attention to the supernatural and psychological fashions haunting the zeitgeist of the previous decade. He described the popular obsession with horoscopes, clairvoyance and dream analysis as ‘pastimes and drugs’, brought into being, ‘When there is distress of nations and perplexity / Whether on the shores of Asia, or in the Edgeware Road’.

In her latest book, Kate Summerscale examines this same tumultuous period through the cynosure of the true story of The Haunting of Alma Fielding.

Alma, a working-class wife and mother living a hitherto unremarkable life characterised by domestic mediocrity in Croydon, became an overnight figure of national notoriety in February 1938. Her apparently unsolicited celebrity was occasioned by the national press running a story detailing the victimisation of both herself and her family by a poltergeist.

Translated from the German, this expression had only been coined in the mid nineteenth century and literally meant knocking or noisy ghost, a spectral entity much removed from traditionally romanticised apparitions furtively lurking within dimly lit, crumbling manor houses and neglected gothic church yards. This form of surreal visitor from the other side was conspicuously violent, energetically malevolent and altogether far less genteel than its spectral brethren of old.

A new type of ghost had appeared and one whose purlieus were the ubiquitous semis and terraces of prewar Britain. It appears that a febrile public consciousness sullied by anxiety, introspection and uncertainty had promulgated a psychological pandemic, the corollary of which was an explosion in ghostly sightings and a national obsession with those encountering such entities, volitionally or otherwise.

Summerscale’s book gives us a rigorously detailed account of the most sensational episode of poltergeist activity ever reported upon in the nation’s papers and periodicals. To produce this factual account, she has tackled a Herculean body of documentation and assiduously stitched it together to form a cohesive story, tracking Alma’s first alarming visitation through to her gradual return to obscurity and unlamented death. We are treated to graphic descriptions of paranormal occurrences, their insidious effect upon their victim, and the meaning submerged within this cacophony of mayhem.

Summercale’s authorial touch is light, engaging and even sardonic by turns, never allowing the enumeration of psychic calamity to become as bone dry as the forces laying behind it.

Alma’s own astonishing story, her mythomania and role of both cozener and haunted victim, is articulated by two protagonists. The vengeful poltergeist haunting her inner and outer world and the man pertinaciously investigating her and the activity of the entity afflicting both her body and her mind.

Nandor Fodor was a Hungarian-Jewish refugee and journalist with a penchant for diligently examining the evidence for and against alleged supernatural activity. As chief researcher of the International Institute for Psychical Research in London, Nandor persuaded Alma to submit to his quasi-empirical investigation techniques in a bid to both understand her case and find definitive proof supporting the institute’s belief in the presence of ghosts, ghouls and things that go bump in the night. 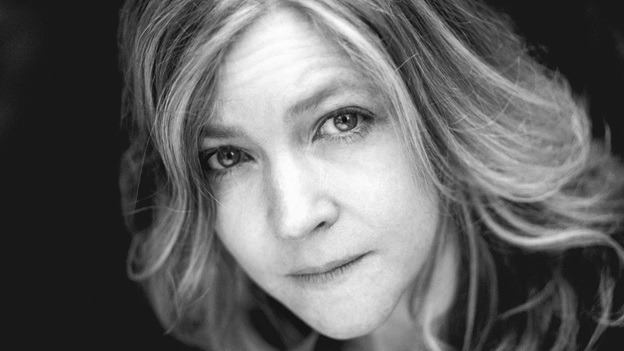 Kate Summerscale
Under reputational pressure to establish the veracity of Alma’s claims, Nandor subjected her to ever more emotionally traumatic and rigorously invasive tests and observation sessions in the form of orchestrated seances, X-Rays, capability demonstrations and colourful psychic experiments.

Though innately compassionate, and both intellectually intrigued and fiscally obliged to make Alma his Magnum Opus, Nandor became less therapist in search of answers and more professionally motivated theoretician.

Though never cruel, he cannot escape a charge of being both complicit in, and causative of, the inevitable trauma experienced by the mentally fragile subject of his studies. Summerscale does not give us a picture of George Du Maurier’s Svengali, but she does allow us to see Alma as both victim and opportunistic slyboots.

Over the course of several months in 1938, Alma became both experimental subject and performance artist, with Nandor documenting the entire journey, testing his own theories on a willing laboratory rat. This interplay of the conjoined, but conflicted personal agenda between Alma and Nandor provides the narrative skeleton of the book and allows Summerscale to flesh out her other thematic objectives.

The reader does not sit above the melee of supernatural disruption. We are immersed within it by dint of being given an intimate account of his own thoughts, reactions, emotions and motivational actuators. Gradually, Nandor morphs from ghost hunter into psychoanalytical Freud-inspired sleuth.

His theories began to gravitate towards believing that a profoundly troubled unconscious mind may manifest as malevolent paranormal energy. He speculated that a fractured, traumatised persona having repressed its darkest fears, may well become the portal to supernatural phenomenon. Alma did appear to have the ability to materialise ‘apports’, an eclectic assortment of ornaments and jewellery and even a live terrapin from thin air! Perhaps Alma had opened such a stygian portal, become prey to demonic forces beyond her control and been deleteriously ridden by the Devil she seemed to be keen to ride in attempt to indulge her own need for attention, self-determination and consolation ?

Summerscale’s previous books have tended to explore crimes, misdemeanours and intrigues ineluctably tangled up in specific literary contexts. She has previously examined the emergence of the detective novel in the eighteen sixties, the publication of Madame Bovary in 1857 and the proliferation of ‘penny blood’ magazines at the end of the nineteenth century. A fellow of the Royal Society of Literature, she is an amalgam of astute academic intelligence and supremely talented raconteur.

In her latest book though, she manages to transcend a sensational ‘true ghost story’ and produce something far more akin to a multifarious thematic latticework, as scintillating as it is insightful and engrossing.

The book’s real story is not the macabre activity of a poltergeist and its invidious antics, but the counterpointed analysis of the cultural context precipitating such admittedly shocking, though entertaining revelations and the psychological tumult haunting one woman’s damaged psyche.

Returning to an earlier point, the book is set during a decade in which anxiety propagated disquiet, and much like damp, robbed societal timbers of both their integrity and strength. The resultant dry rot of paranoia silently eroded both reason and faith in the future of a world on the brink of war. Chamberlain’s declaration of ‘Peace for our time’ would ring as hollow as Hitler’s insane threats would prove to be both outrageous and undeniably real. It is within this toxic societal backdrop that Alma and Nandor’s story is set.


Also by Paul Spalding-Mulcock...
An Interview With Tim Ewins - Author Of We Are Animals‘Fate Brings People Together No Matter How Far Apart They May Be’: We Are Animals By Tim EwinsReview: The Assassin’s Cloak – An Anthology Of The World’s Greatest Diarists Edited By Irene And Alan TaylorInterview With Penny Batchelor - Author Of My Perfect Sister'Once The Dead Girl's Sister, Always The Dead Girl's Sister': My Perfect Sister By Penny Batchelor
Summerscale seeks not merely to extemporise an understanding of Alma’s persecution by evil spirits, but to investigate the malevolent psychological forces operating upon society itself. In attempting to illustrate and understand the haunting of Alma Fielding, she is endeavouring to comprehend a far bigger haunting …society itself by forces, if not supernatural, then certainly iniquitous and indeed deadly.

To achieve her authorial objectives, Summerscale employs a myriad of literary genres all enveloped within the simple conceit of the telling of a ‘true story’. We have a thriller, a whodunnit, a piece of social realism and the technical conventions of both social and individual biography. This literary stew is further enriched by acutely sensitive insight and meticulous attention to evidential detail. Prose is kept consciously simple, allowing event, not rhetoric, to arrest the reader’s attention.

Psychoanalysis is woven seamlessly into her evocation of nineteen thirties Britain, cultural references cited with apposite judgement and relevance. We hear of Orwell, W.H. Auden, Elizabeth Bowen, J.B. Priestley and gain temporal perspective by dint of references to Stephen King, Daphne Du Maurier and Barbera Comyns. Summerscale’s triumph is to render her ghost story riveting, whilst using it to illuminate the zeitgeist surrounding it.

Nandor’s conclusions were ultimately homologated by no less than Sigmund Freud himself, yet definitive explanations remain more solid than the shimmering apparitions and invisible hooligans they attempt to exorcise.

Summerscale gives us two equally potent theories to contemplate, nether entirely denying the veracity of the other. Her denouement reached with authorially-greased aplomb is both satisfying and fittingly dispiriting. Though we have been presented with an undeniably interesting account of paranormal persecution, we have learnt enough to know that the ledger is skewed in favour of questions, not answers.

The Haunting of Alma Fielding - A True Ghost Story, is a wonderful journey along W.H. Auden’s ‘lane to the land of the dead’ and a book worthy of its place on this year’s Baille Gifford Prize shortlist. Kate Summerscale has produced a book likely to delight any reader with a penchant for page-turning non-fiction, but engagingly inhabited by the spirit of fine storytelling and beguiling revelation!