Tiggs Da Author - Blame It On The Youts (Alacran)

Like me you might have never heard of Tanzanian born, London raised Tiggs Da Author. His debut album is a mix of reggae, African music, pop, soul and a touch of jazz. 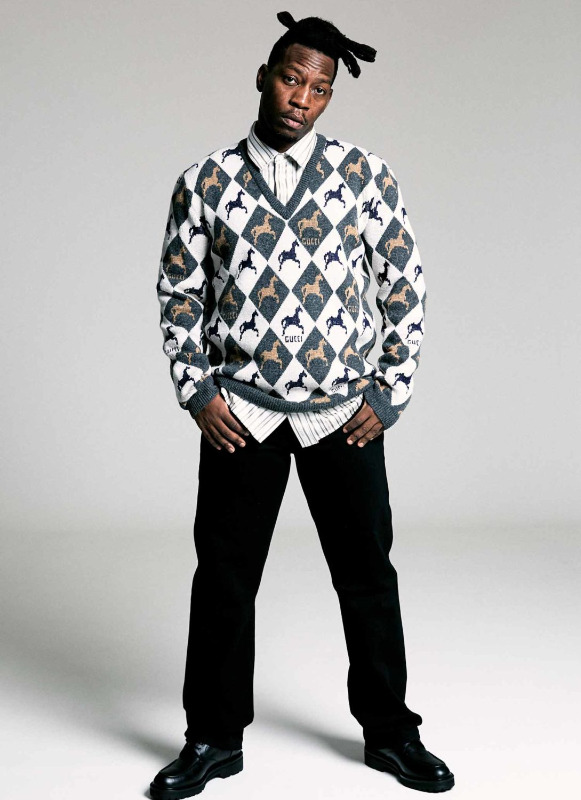 One of his tracks, Run was featured in Bridget Jones’ Baby which for him at the time was a big achievement.

The lyrics to quite a few of the songs might be hard hitting but the mood of the music throughout is upbeat and radiates sunshine, a bit like the sunny spring days ahead.

The breezy track Enough starts the party on a groove that recalls Pharrell Williams mixed with Bruno Mars, whilst Zulu Gang which follows goes down the reggae road, almost sounding like a lost Bob Marley track.

We Ain’t Scared has a political message as Tiggs sings “You don’t want us to feel alright, you don’t want us to read and write” as the narrative appears to be about his journey from Tanzania to London all against an high energy tune that feels like it could be Bruno Mars again.

Hands Up comes with a touch of the Isley Brothers but the lyric again comes more from life in south London than America. He has a knack of turning styles around in a song as witnessed here.

Styles change again on Suitcase of Sins with a bit of gospel music thrown in with Tiggs pondering will he still get to heaven with a suitcase full of sins. Brand New comes with some funky guitar that sounds like Nile Rodgers is on the track on a song that is totally different to anything else on the album.

The rap artist Nines turns up on Fly ‘Em High but unlike most rap tracks the vibe is more positive.

It is an eclectic album that apart from the UK could be popular in France - where artists such as Gums or Maitre Gims and to a lesser extent Booba are suited to Tiggs Da Author’s style of music.