Time To Get Whizzy With A Twizy! 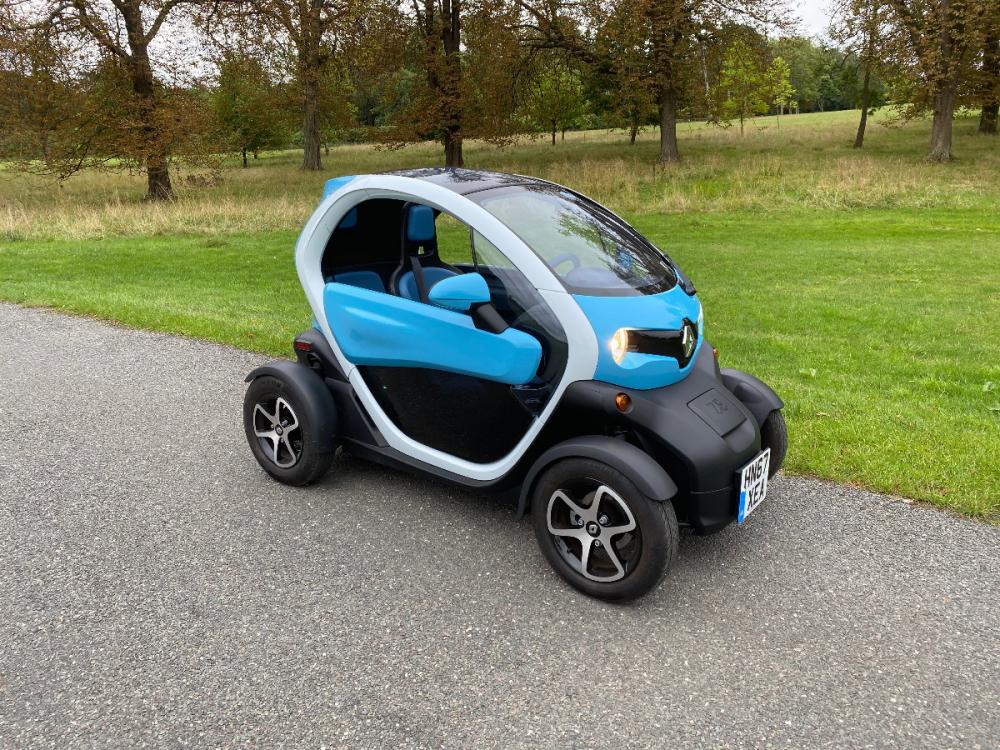 A recent Renault drive day presented the opportunity to reacquaint myself with Renault’s funky Twizy microcar. It has been on sale in the UK for quite a number of years and yet it remains a rare sight, which is a shame especially as electric cars are rapidly gaining in popularity.

A firm prod of the accelerator is required to gain any meaningful momentum, but once the initial inertia is overcome, the Twizy feels quite nippy. The absence of engine noise and the lack of side screens (an option) means that the sound of rushing air is the predominant sound. 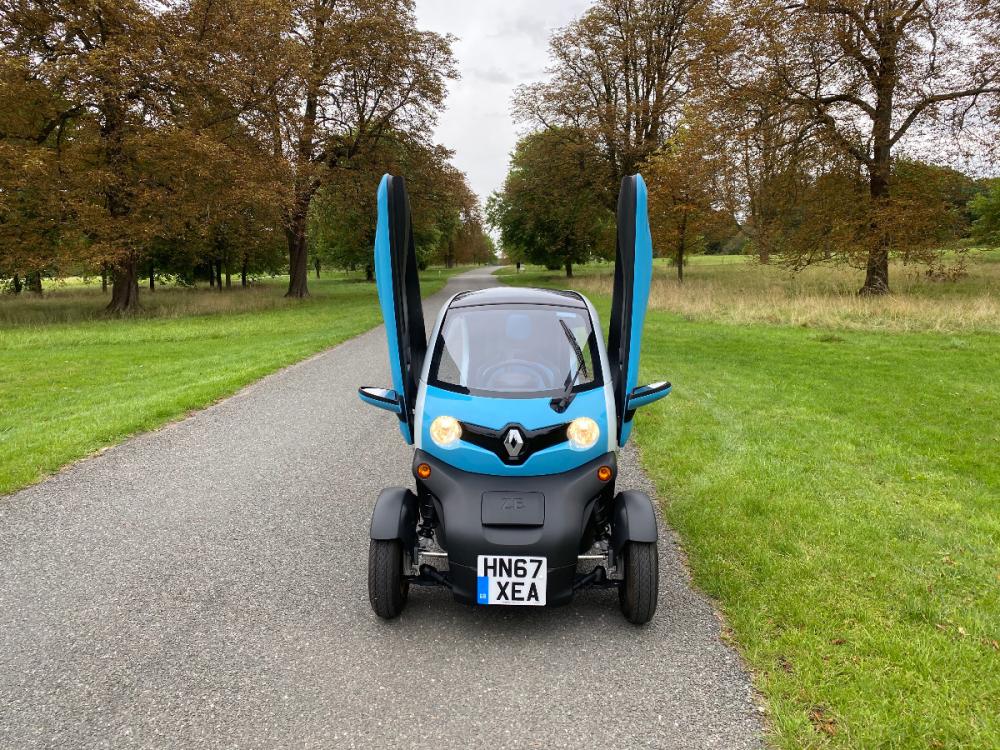 The ride is firm and the narrow track and upright nature of the seating position means that it doesn’t feel the most stable of vehicles. Rear-wheel drive presents the opportunity for a little sliding tomfoolery, especially on the looser sections of my test route.

I would not recommend trying out the Twizy’s top speed. I tried it once before and 45mph on a dual carriageway is not a pleasant experience. At town speeds, all will be well and here the microcar’s compact dimensions and tight turning circle will be appreciated. And being a zero emissions vehicle, there will be no congestion charging to pay.

The driver’s seat is reasonably comfortable and comes equipped with a four-point seatbelt. Behind is a passenger seat of limited comfort and one which requires Houdini-like contortions to access. Children will love it! 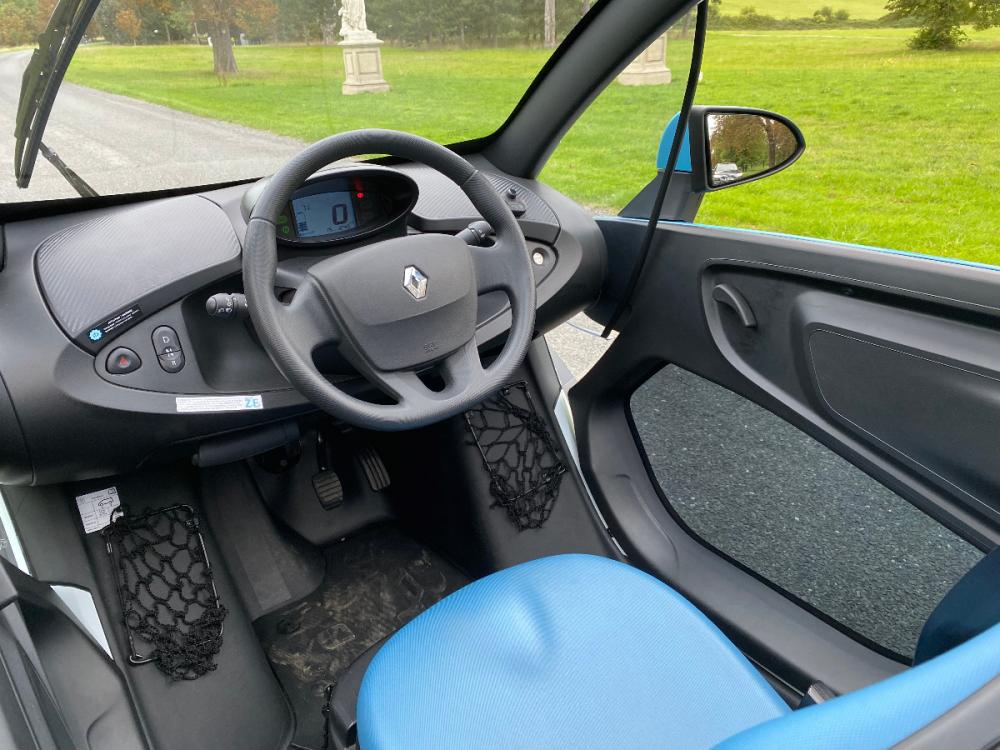 A heated windscreen will help maintain the view ahead, but the absence of a heater may raise a few eyebrows.

Prices for the Twizy start at £10,995, a princely sum you may say. However, with combustion-engine cars increasingly being banned from our city centres, Twizy ownership looks increasingly attractive. 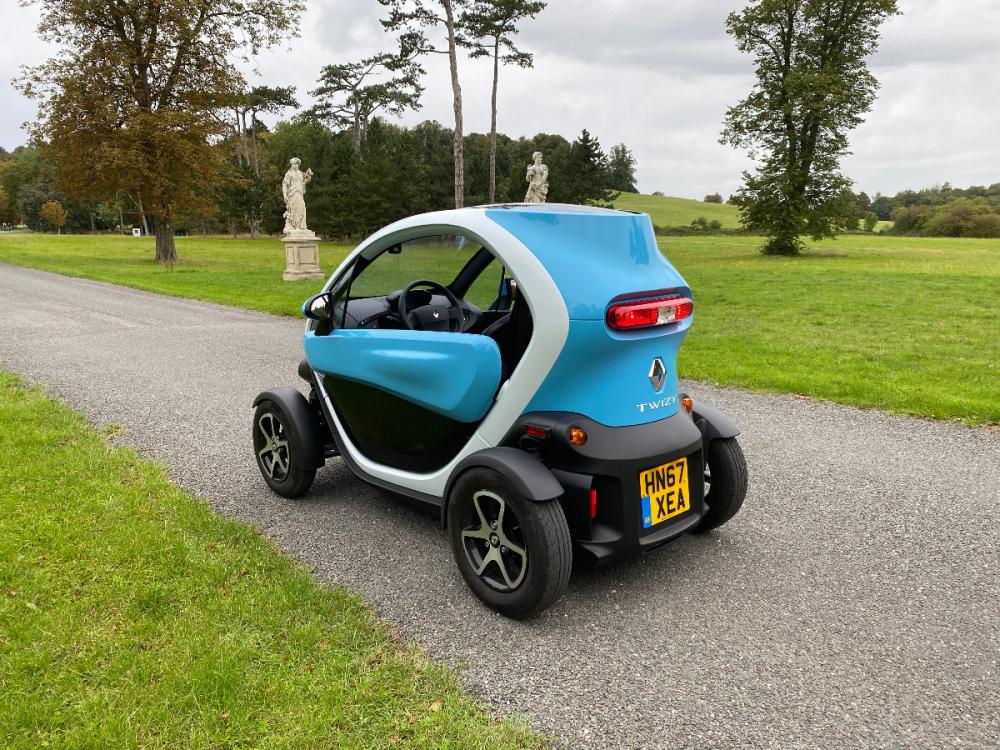 Charging is carried out by plugging in to a standard 13-amp socket and a full charge will take about three and a half hours. A full battery will take you up to 56 miles, depending on how you drive, more than enough for a day’s nipping about.

Think of the back seat as storage and the Twizy is quite practical too, though of course there is nowhere secure to store any valuables.

Rivals are conspicuous by their absence, with more mainstream electric cars costing over £20,000.

Accept the Twizy’s limitations and view it as a funky urban runabout and it all starts to make sense. Not a car for the shy and retiring, you will get noticed wherever you travel. And at least for the moment, the confines of the city will be open to you. More details from www.renault.co.uk