Time To Step Up And Save Our Ocean 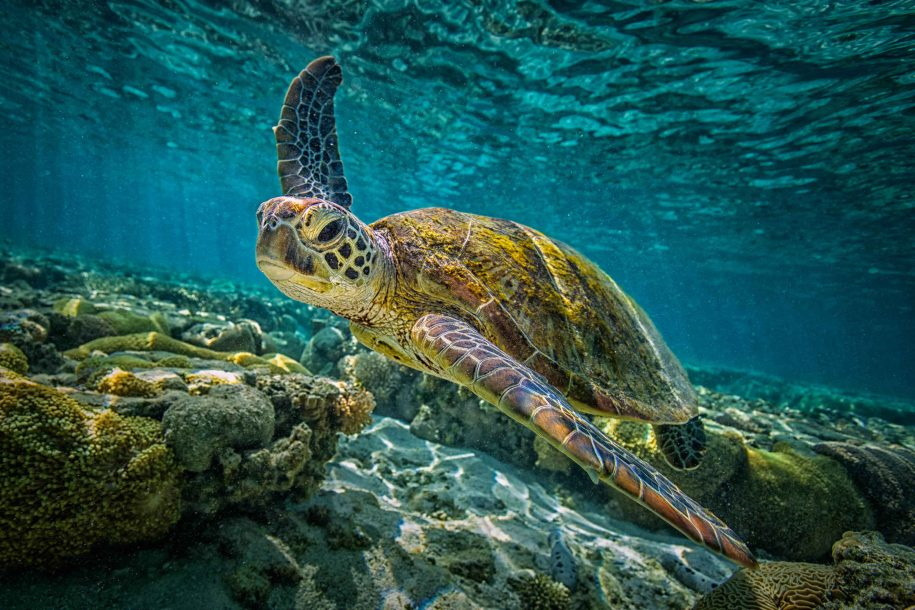 The UK Government is pressing for international marine protections to be trebled
Environment Minster Rebecca Pow has called for governments around the world to join the UK-led 30by30 initiative to protect at least 30% of the planet’s ocean by 2030.

2020 is a critical year for ocean protection, with the UK government pressing for higher marine protection targets, currently set at 10%, to be agreed as part of a new global biodiversity framework in October 2020.

Speaking at the Greenpeace launch (15 January) of an animated film depicting endangered marine life, the Minister is expected to say:

"Climate change is ocean change. The blue lungs that cover our planet underpin all health and wealth worldwide – yet we’re on track to lose the coral reefs that support over a quarter of marine species.

"In my lifetime we’ve lost a shocking half the population of our marine species, half our coastal wetlands, and half our Arctic ice, imperilling hundreds of millions of people living less than 10 meters above current sea levels.

"So those of us who can help must step up to support the ocean to adapt to climate change. Our government is already rolling out nature-based solutions to tackle it, for example our work to maintain and enhance 20,000 hectares of mighty mangroves in Madagascar, Indonesia, Latin America, and the Caribbean.

"But change requires collective effort. That’s why we’re calling for at least 30% of the world’s ocean to be safeguarded by Marine Protected Areas in the course of this decade."

Supporting the need to raise awareness of the vital importance of increased global marine protection is Sting. The musician and activist is the narrator of a new video launched on the pressing need for global action on ocean protection, created in partnership with the International Union for Conservation of Nature, and screened at the Greenpeace event.

Evidence shows that the current 10% global biodiversity targets do not provide adequate protection against biodiversity loss. Increasing the breadth of Marine Protected Areas is crucial to mitigate the devastating impacts of climate change – not just on our marine environment, but the entire ecosystem.

"As Australian bushfires burn and with Amazonian ashes an everyday picture, we are reminded more than ever that we are in this together. We need to tackle climate change, biodiversity loss, and poverty.

"That means acting now for our whole ocean – and leaving no one behind.

"I thank the outstanding musician, Sting, for lending his voice to highlight the pressures our wonderful and vulnerable ocean is under."

The UK is at the forefront of marine protection and now has more than 50% of UK waters, including that of our Overseas Territories, set to be within Marine Protected Areas by 2020. The UK have recently designated 41 new Marine Conservation Zones (MCZs), spanning 12,000 square kilometres – an area almost eight times the size of Greater London – for a total of 91 MCZs. This means that over 40% of English waters designated as marine protection areas.

At the United Nations General Assembly in September 2019, the UK Prime Minister announced a Global Ocean Alliance of countries in initial support of the 30by30 target.

This year, the UK government invites all countries to sign up to this ambition, with the hope that 30by30 marine protection target will be agreed as part of a new global biodiversity framework at the Convention on Biological Diversity Conference of Parties in October 2020.